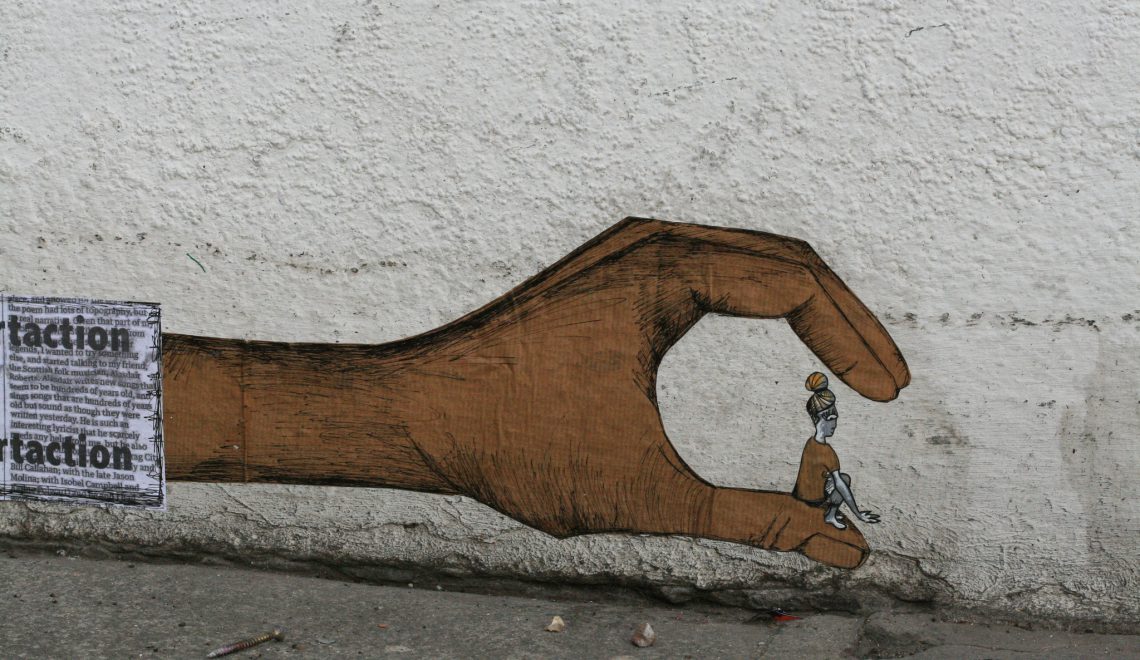 Since I was a child I hated the word marriage. All the married women around me looked miserable, including my grandmother, mother, aunts, cousins and others. Even when they smiled or laughed they looked sad. My maternal grandmother Amna was an upper middle class woman: economically comfortable, half-Egyptian, half-Turkish. She was the most miserable of all the women in the family. She was the most submissive: silent all the time, sitting alone in a far corner in the living room. Sometimes I heard her murmuring some vague prayers, or angry words to somebody: maybe to her husband (my military authoritarian grandfather) or maybe to the Almighty Male God himself. Nobody knew her secrets, except my mother Zeinab, her favourite daughter.

But my paternal grandmother was a strong, hard-working peasant: a fighter. She challenged the village traditions. She said openly that she hated her husband. She was a child bride, only ten years old when her husband raped her on the wedding night. She could have died from the bleeding this caused. When he died she uttered a loud ululation of happiness, which is known as zaghrouta in the language of the village where she lived. She took a hot bath to cleanse herself of marriage and swore never to touch any man in her life after her husband.

My mother seemed to be the happiest of all women. My father was an extraordinarily faithful husband. But she had been a brilliant student in school and had intellectual ambitions. She wanted ‘to invent something’, she had told me. All her dreams were aborted by marital responsibilities, and by rearing her nine children, including myself. She died young, at only forty-five years of age.

Today, I am eighty-seven years old. I have never felt such happiness as I do living alone. I feel freedom like it is fresh air and sunshine. I married three husbands and divorced them all. Marriage was a grave to me, despite some rare happy moments. Motherhood was a prison, in spite of my great love and respect for my two creative children.

The problem is not Man but the institution of marriage, as enshrined in family law. My three husbands were relatively good people. But the patriarchal religious system and the family law code can transform any good man into a bad husband. I usually have egalitarian relations with men before marrying them. And after I divorce them they become good friends. During marriage, a man behaves like a husband, not as a human being. He takes on absolute authority over his wife and children under the family law; and the family law is derived from divine law. In His holy books, God ordered the social, sexual and moral rights of husbands over their wives. But He did not give women any rights over their husbands.

A woman may be killed or put in prison if she has two husbands, but her husband can marry four wives or more, according to his own will. In Egypt, a husband has the right to divorce his wife orally, any time he wants, by uttering just one word: talaq, which means ‘you are divorced’ in Arabic. The divorce rate in Egypt is one of the highest in the world. A few months ago the Egyptian    President Sisi suggested in his media address that oral divorce should be abolished, so that a man cannot divorce his wife without making an official registration. But the Islamic authorities at Al Azhar held a meeting, and announced publicly that nobody can change God’s orders. They made a statement that oral divorce was granted to men by their God and their prophet Mohammad.

On the other hand a woman cannot divorce her husband except by a judge’s decision in court. Divorce cases take years. Sometimes a wife can wait ten years or more to get a divorce.

If there is no freedom…

I had a free mind at least, and I did not accept the divine family law. I never went to court to divorce my three husbands. I obliged each of them to leave me through my own power. No man can live with me against my will. I own myself, my body, my house; no man paid me any money or gave me presents in order to marry me. It was well-known amongst all my friends that I do not accept presents from anyone. I always remember my father saying, ‘A present is a bribe’. It was my principle to be economically, socially, morally and psychologically independent, not only from my husbands and other men, but from any of the material riches of the world.

I did not belong to any spiritual movement. Some feminists say they are spiritual, and not religious. This is misleading, because religion is based on the separation between body and spirit, and the oppression of women lies at the split between the physical and the spiritual. In some advanced secular countries, family law treats men and women equally, but religious and patriarchal values dominate the culture. In other countries, the family law follows divine law in making the husband the boss of his wife, and her guardian. He and the state authorities are expected to supervise her behaviour, especially in relation to sex. No man should touch her – except for her one and only husband, but her husband is sexually free. Men are polygamous in all religions and cultures, but women are expected to be monogamous. The name of the father cannot be known if women are allowed to have more than one husband. Patriarchy is based on knowing the father.

During my marriage, I discovered that my husband was not just one man, but all Mankind since the evolution of patriarchy, assuming the dominance of the Feudal Male God. In Ancient Egypt, Maat was our goddess of justice; Isis was the goddess of knowledge. After their fall, justice and knowledge were replaced by injustice, dictatorship and the veiling of the mind.

Young, educated women today are rebelling against religious marriage. They prefer free relations with their lovers. The marriage rate is declining and the divorce rate is shooting up. The patriarchal family may disappear in our country in the near future, as has been happening in some countries, both in the West and the East.

My mother said that marriage was a grave, and motherhood was a prison, even though my father was a relatively good husband. My life is much better than my mother’s was. I am more free than she was. At least I never played the role of a wife to any husband, good or bad. But I was a good mother according to my conception of motherhood. In fact, I did not play the role of the mother at all, in the sense of the perfect, virgin mother. My children were free of me, and I was free of them.

Freedom is oxygen. We cannot live without freedom. If there is no freedom within the family or society, then there can be no creativity.