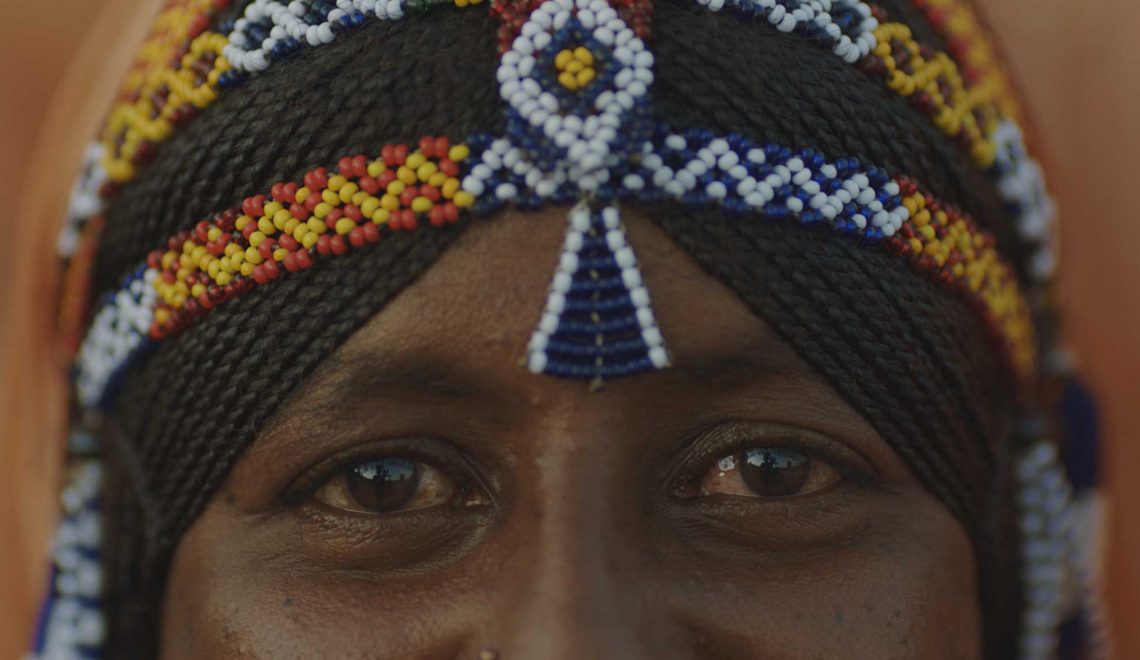 Still from Sara Elgamal's film 'A Piece of Me'
Interviews

A piece of me

Sara Elgamal’s documentary A Piece of Me follows three survivors of FGM who are campaigning against the practice.

FGM is a very sensitive topic to explore. What made you decide to take on the challenge?

I initially went into this industry to tell meaningful stories – and that is exactly what I told the Head of Social at UNFPA when we met.

After hearing I was Egyptian (one of the countries where female genital mutilation is extremely prevalent) he asked whether I would want to pitch for a campaign on FGM. While I knew there were high numbers in Egypt, I actually didn’t know too much about it. I figured that this was something that only happened in certain areas or villages.  After doing my research I discovered how many women in my own family were Survivors of FGM. I decided to represent the women in the way that I understood them to be, despite their past traumas – as dignified, powerful, beautiful, complex.  I wanted to create a visually captivating campaign that celebrated these women despite their past traumas, rather than another victim story.

You carried out your filming in Ethiopia. Why did you choose to film it there?

I initially wrote my concept to be filmed in Egypt. Due to issues with the local team we were not able to carry out the project there with the timeline that we had. The local UNFPA team in Ethiopia were very supportive of the project and offered to host us. They worked closely with Zahra, Khadija and Abida and knew that these women would be excited to share their stories with us.

The film was produced with collaboration from the United Nations. What impact did that have on the film-making process?

The United Nations Populations Fund (UNFPA) provided the opportunity and the funds and almost entirely left the creative aspect to me and my production team. It was a great working relationship and I am very grateful for their trust and support.

What were the challenges of filming a documentary in Ethiopia?

This beautiful journey and experience did not come without its challenges!

Firstly, the obvious challenges of shooting a project like this in the Afar region is the extreme heat and living in a village with barely any power or running water.

It was an uphill battle to try and bring the level of production I was used to (an Arri Alexa Mini camera and 13 cases of film equipment) to the middle of the Afar desert. I’m sure at first most of the local team and community thought we were insane!

Being in a completely new world (a pastoral community) also served as a great learning experience. We of course had to ensure that we were always working respectfully within the limits of the community. I even had to take part in diplomatic meetings with community leaders, which is a position I never thought I would have to be in. Yet it was necessary in order to make sure that everyone was aligned with our purpose and process. This interaction became easier as the community saw the level of passion, heart and hard work that we were bringing to the project in order to tell our survivors stories in the most dignified, powerful and beautiful way possible.

You took inspiration from fashion magazines to make this film. Why was that, and what did it bring to the film?

I used fashion editorials as an inspiration because I ultimately wanted these women to be seen (and ultimately heard). I knew in making this that I wanted to diverge from the ways in which these types of stories are usually told (sad portrayals of ‘victimhood’). I wanted people to see these women almost like you would see fashion models. I felt like they deserved to be celebrated in the same way.

Nadine Mosallam’s beautifully crafted wardrobes brought a whole new level of beauty and drama to the films. This fashion element allowed the films to enter new spaces and gain new audiences from the usual UN audience, which was very impactful.

What did you learn about FGM in making this film?

I have learned so much about FGM in making this film. While interviewing the Survivors in Afar, I got a first-hand account of how deeply (both physically and mentally) FGM affects women’s lives.  I’ve learned that over 200 million women and girls today have been affected, and that over 68 million girls will be cut by 2030 if we don’t work to end this practice. I’ve also learned from the Afar community how far just community dialogue, education and awareness can go to end the practice.

The three women featured in the film – Zahra, Abida and Khadija – work as anti-FGM activists in their communities. How effective is this kind of community work? How can we support them?

The work that Zahra, Abida and Khadija do in their communities is integral to ending FGM. Due to organized talks with community leaders, religious leaders and health educators – the numbers of girls getting cut has drastically declined.

We can support them by continuing to spread their message to end FGM, as well as backing initiatives that are fighting to end the practice on the ground.

Previously you’ve worked on music videos for artists such as Sampha. Why did you make the change to focus on documentary films?

Documentaries and ultimately telling stories that matter has always been my goal, and actually how I started out in this career. I went to the school for Political Science and Broadcast Journalism with the intention of becoming a Combat Journalist.

Working in commercials and music videos wasn’t my intention. In hindsight I am really grateful for the many different types of projects that I have worked on in my career. It has taught me how to create beautiful and creative visuals which I can now apply to all of my meaningful storytelling.

What do you hope that this film achieves?

My hope for this film is that it helps to spread awareness on the severity of the issue and how many girls and women are affected around the world. I hope conversations eventually drive and reach state and community leaders who can action change against FGM.

Where can our readers see your film?

You can check out the three short films at UNFPA’s landing site: https://www.unfpa.org/a-piece-of-me

What are your plans for your next project?

I am currently promoting A Piece of Me globally. The film has captured audiences worldwide after two highly attended launches in Toronto, Canada (Toronto Media Arts Centre) and London, UK (Protein Studios). I am blessed that the United Nations Populations Fund (UNFPA) is as excited about continuing to push the campaign as I am. Next up we will be doing our biggest activation yet in New York City early in February 2020 to coincide with the International Day to end FGM, as well as Fashion Week. You can also expect future exhibits to take place across Africa and the Middle East – so stay tuned!