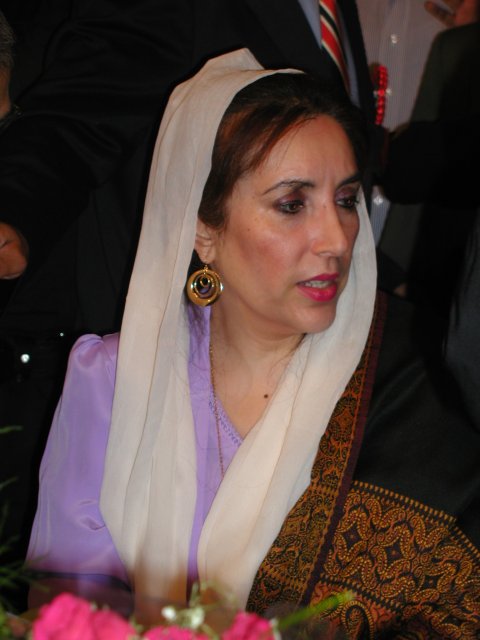 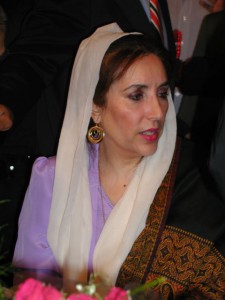 Born to the influential land-owning Bhutto clan, Benazir became the first female Prime Minister of Pakistan. Assassinated in 2007, Benazir’s political legacy remains unmatched as one of the highest profile female leaders in history, and the first democratically elected female leader in the Muslim world.

As feudal landlords, women of the Bhutto family were normally sequestered in purdah, but Benazir’s father had other plans for his daughter. He encouraged her to study and was pleased when she chose to study politics at Harvard. Benazir herself enjoyed the student lifestyle and developed her appreciation for democracy through seeing it in action in America. She followed this with further studies in Oxford University, and then returned to Pakistan.

As the founder of the centre-left PPP, Benazir’s father served as Prime Minister until unseated by a coup led by General Zia ul-Haq. Under martial law, he was charged with conspiracy to murder, and the rest of the family detained under house arrest. Despite Benazir’s best efforts, her father was hanged after what is generally considered as a sham trial one year after the coup. Heartbroken at the loss of her father, she was imprisoned in various locations, in cells teeming with vermin, underfed and sickly, and under house arrest, to prevent her from rallying PPP members. Her health suffered, and she was forced to leave Pakistan for surgery. In London, she recovered and made attempts to campaign from afar.

Over her first term, she confronted a hostile establishment and failed to deliver upon her electoral promises, such as the reform of the Hudood Ordinances, ul-Haq’s ‘Islamised’ laws , which required four witnesses to any rape. At loggerheads with the President, she found herself unable to govern as the country was riven by political unrest. Under accusations of corruption, her government was dismissed, and Benazir led her party in opposition. She went to Dubai and led the party from exile, returning to Pakistan in 2007 after a pardon by General Musharraf in 2007, in order to rally her supporters for another election. Her homecoming rally was struck by a suicide bomb which killed 136 of her supporters, and which she narrowly survived. Soon afterwards, when leaving an event in Rawalpindi, she was assassinated in an attack which killed 28 others and injured over 100 people. Hundreds of thousands of mourners turned out to her funeral, and the attack upon such a popular leader plunged Pakistan into turmoil.

As the first elected woman leader of a Muslim country, and a charismatic and politically astute leader, Benazir showed an extraordinary strength of character. She shows that although the path to power may not be smooth for women, it can be achieved.