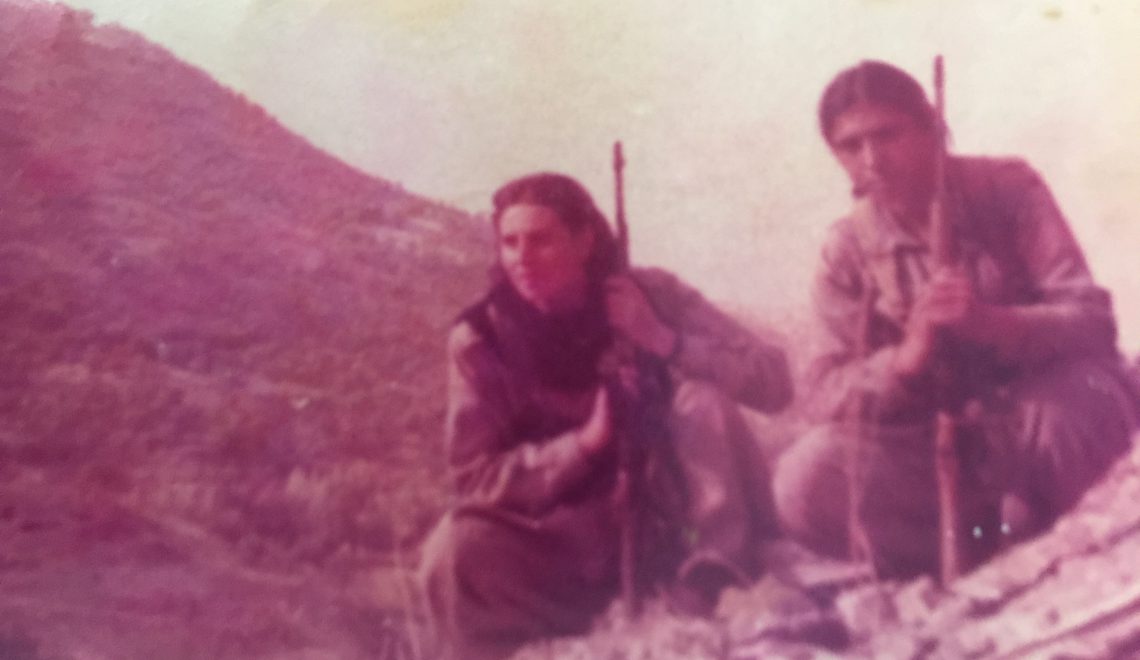 Girl with a gun

An interview with human rights activist Diana Nammi reveals a hidden ‘herstory’ of the Iranian revolution.

Diana Nammi is best known as the founder of IKWRO, a British charity supporting women from the Middle East and North Africa, and recipient of numerous awards for her work in combatting ‘honour’-based violence in the UK and Europe. Before she arrived in the UK, she had already been fighting against male violence and for human rights as a peshmerga (Kurdish freedom fighter) after the Iranian Revolution. She is currently working on an autobiography, wishing to tell her own story, and those of all the other women who also fought on the frontline, and those who campaign for equal rights and justice: women whose stories are all too often lost.

Women played an active role in the Iranian Revolution, she says, but their stories have all too often been erased, along with those of secular activists, and Kurds. ‘All we hear about is that it was an Islamic revolution; but the revolution that we fought for in Kurdistan was secular. We wanted equal rights for all people, not the horrors that came with the Islamic Regime,’ she says.

She describes the pre-revolutionary period with nostalgia – ‘women were free to work, practice their religion or not, they could choose whether to wear the hijab or not, and we lived peacefully together’, despite recognising the oppressive nature of the Shah’s regime. The Shah’s intolerance of Kurdish identity proved to be a stimulus for the Kurdish nationalist movement.  This is why she describes the early days of the revolution as a time of ‘excitement and hope’, during which Kurdish self-rule was developing through the establishment of local governance: a democratic and secular model of society. But this fledgling social experiment was brutally attacked by the Islamic regime: ‘They bombed all the cities and killed people regardless of their age. They burned down all the villages and killed innocent people’, not to mention the appalling treatment of women. Under these circumstances, for Diana, defending her community through joining the peshmerga was the only choice. 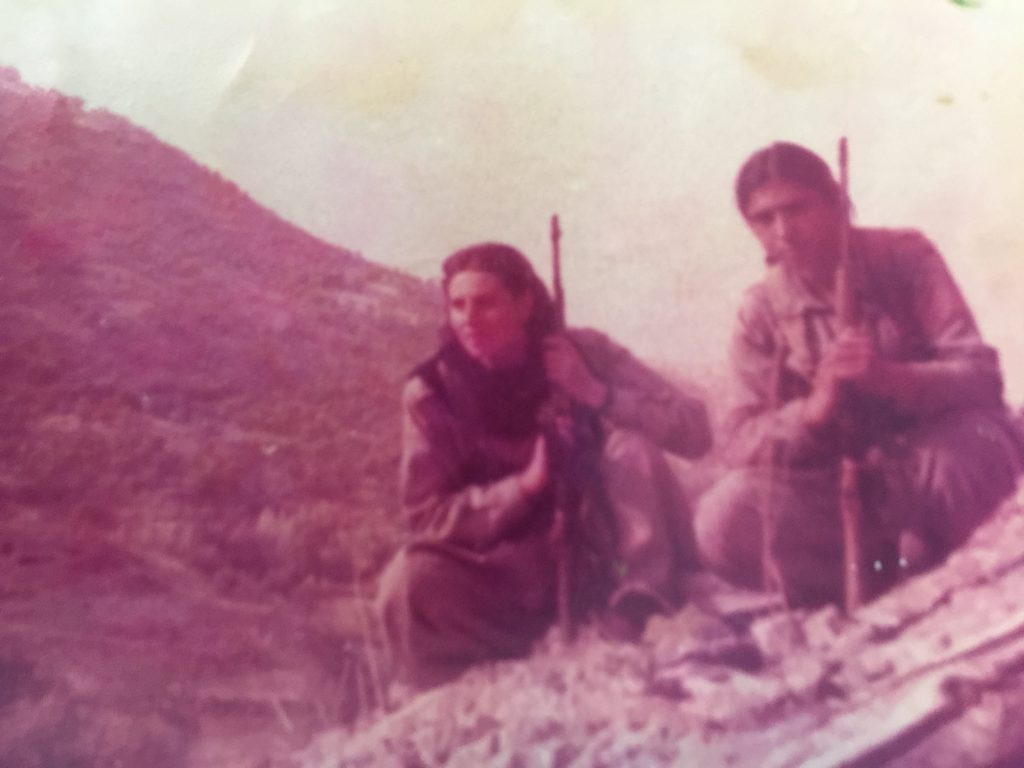 Girl with a Gun is not just about the politics of the revolution, but also about family, and the position of women in Iran. It kicks off with a dramatic episode, which Diana remembers ‘like yesterday’ – even though she was only four years old at the time. Her father stepped in to save the life of a teenage bride, who faced death on her wedding day for being under suspicion that she was not a virgin. Diana pays tribute to the influence of her father, ‘A kind and moderate man and who has been a huge influence on my life’. It also marked her first recognition of ‘honour’ as an issue with serious impacts upon women’s lives in the Middle East, which was to drive so much of her later activism.

Diana was forced to leave the Middle East as a young mother, as the situation became increasingly dangerous for herself and her baby daughter. She was to find that seeking asylum in the UK was, in its way, as terrifying as fighting on the frontline. At any point she could have been returned to a country in which she faced the death penalty. ‘You are on the edge of a knife’, she said. Even after her claim for asylum was accepted, life was difficult, to start life from scratch as a single mother, in a council flat within an area beset by armed gangs dealing drugs. Three murders occurred over the five years she lived in the area, and knife-wielding men once attacked her home. ‘I didn’t sleep well those five years. My daughter was terrified at night. It still affects her.’

Once again, violence against women galvanised Diana into action. She was infuriated by the British police’s refusal to investigate the suspicious death of a translator who had been helping Diana enrol her daughter in school. The translator – a Kurd from Iraq – had been murdered by her husband in Iraq in an ‘honour’ killing, because he thought she was flirting with her male clients. Diana called the police, but they refused to take action, due, she claims, to a misplaced sense of cultural sensitivity. ‘I became determined to change the way ‘honour-based crimes were dealt with in this country’, she stated. This was when she decided to found IKWRO, which is now the largest NGO providing support to women from the Middle East and North Africa in the UK, with especial expertise in dealing with domestic violence, ‘honour’-based violence, and forced marriage.

With 20,000 words written already, and another 60,000 to follow, Girl with a Gun covers only the first part of Diana’s eventful life from childhood, through the Iranian Revolution, to the regime’s attack upon Kurdistan which spurred her to join the peshmerga and her 12 years spent fighting on the frontline. It ends with her arrival in the UK. Diana will be co-writing these autobiographies with journalist Karen Atwood, ‘a lovely woman who is passionate about telling my story’ who she knows through her coverage of issues related to ‘honour’-based violence. Seeing the success of The Good Immigrant which was funded via Unbound, Diana and Karen decided that crowd-funding was the best model of finance for Girl with a Gun. Crowdfunding builds closer relations with the readers, but it’s also hard work, Diana admits. But women’s lives need to be valued, and their stories need to be told.

Click here to learn more about the Girl with a Gun project.

sister-hood readers can get a 15% discount using the code sisterhood17.