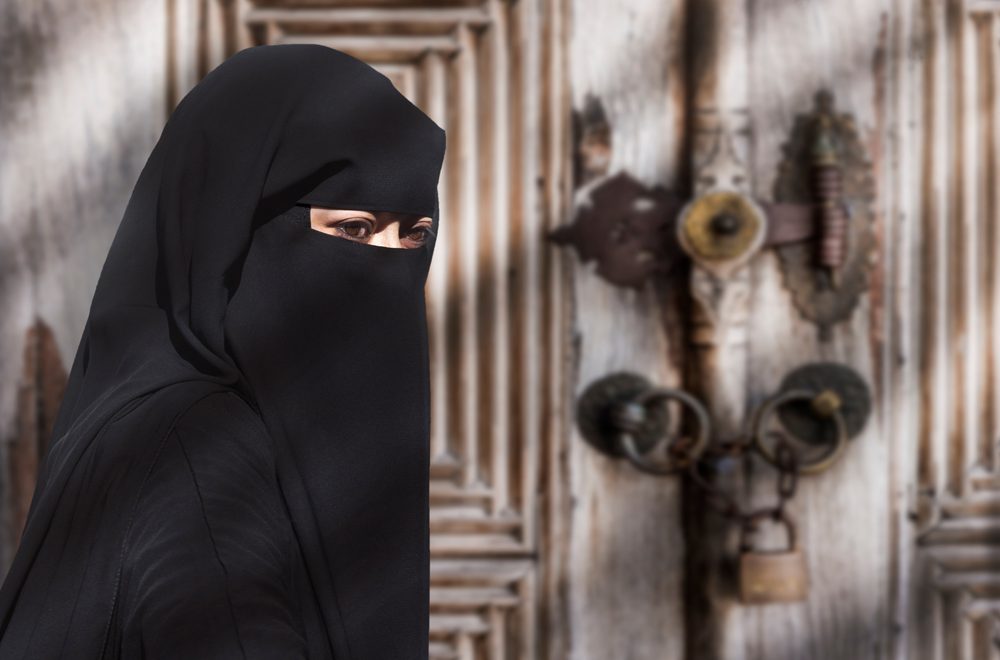 Review of Among the Women of ISIS by Azadeh Moaveni

Guest House for Young Widows follows the trajectories of 13 women into – and in some cases, out of – the Islamic State. In this book, these women emerge, vulnerable and troubling, from the polarized black-and-white caricatures we see in the media, such as that surrounding Shamima Begum, the most notorious woman she writes about. Her 13 women come from around the world – from Hamburg, from Tunis, from London; from comfortable, devout families that maintain a fierce control over their daughters to single-parent households, where mothers struggle to put food on the table, and all points in between.

The trajectories of recruits to ISIS are just as varied as their backgrounds  – girls and young women frustrated with their lives under repressive Middle Eastern governments, dealing with difficult family and economic situations, beguiled by radical preachers, propelled onwards by teenage romanticism, ambition and the dream of creating a perfect society. In some cases they are directly groomed; in others they effectively groom themselves. Ultimately, all that the 13 women have in common is a wish to change their lives – and the identification of ISIS and its ideology as some kind of solution to their disparate personal, social and political problems. These women imagined themselves as pioneers of an ideal society founded on lofty ideals, and who instead found themselves living under the most brutal terrorist regime of the current era.

The women’s trajectories entwine against the backdrop of international geopolitics, displaying how the efforts to win the so-called ‘war on terror’ have often been ineffective and counterproductive – by both Western and Middle Eastern powers.

The women’s lives feature a startling mixture of the quotidian – clothes, shopping, homework – with the extreme violence and suffering associated with the brutality of the IS regime. Some of the stories break off abruptly and ambiguously – young women presumed killed in an environment in which sudden death is too common to count and too complicated to document. Others endure the stultifying nature of lives under sequestration, where the only change in their routine is the man to which they are married. The ISIS death machine ceaselessly produces widows, whilst insisting that women are rapidly remarried after their husband’s deaths. The ‘Guest House’ that gives the book its title is a deliberately inhospitable, even unliveable institution designed to propel grieving widows back into circulation as wives of successive waves of ISIS soldiers. And so trauma is heaped upon trauma; the widows and the orphans accumulate along with the dead – Jihadis and their victims.

Some of the wives seek release from the tedium of domesticity, and find a sense of purpose by joining the Al Khansaa brigade. There, they find a certain agency in being permitted to leave their homes to take part in the policing and brutalising of other women. Others become disillusioned, particularly as the state approaches collapse. They strive to escape, taking their lives in their hands to make hazardous, expensive journeys with people smugglers, in the hope of returning to the families and homes they left behind them. Together, the book weaves a tapestry from these individual narratives.

In its focus upon the radicalisation of young women, Guest House for Young Widows challenges a field currently dominated by discussions of the connections between violence, extremism and marginalized masculinities. Useful as these may be, these accounts tend to leave women’s involvement unexplained. This cedes the field to speculation which tends to reduce complex narratives to clichés of Muslim women – as brainwashed naïfs or malevolent fanatics. Moaveni’s book presents a survey of an unexplored landscape, tracking women’s routes towards Syria, and, for the lucky ones, back out again.

Moaveni’s book is an easy read: it is written with a lightness of touch that doesn’t evade the complexity of its topic. It is by no means easy to process, however. Thirteen tragedies play out across its pages: girls and young women flit across its pages, some to vanish forever, never able to regret their youthful mistakes. She refuses to press the stories of the individuals she recounts into stereotypical moulds. These are not monsters. Instead, they show themselves as flawed, damaged, muddled and confusing; dangerous and broken. As human. The binary stereotypes around them – of victimhood or villainy – are revealed as tricks to distance ourselves from the messy, painful reality of their humanity.

Shamima Begum left the UK for Syria at 15 years of age. She is now 19, and already a widow and mother to three children, all now dead. She was catapulted into the centre of a fierce debate around extremism and nationalism, becoming a target for anti-Muslim rage. The British Home Secretary Sajid Javid proposed stripping her of her citizenship after a troubling interview she gave to Channel 4. During this broadcast, her appeals to be allowed to return home to her family were undercut by an apparent callous acceptance of ISIS’s atrocities.

Currently, Begum lives amongst other women and children of ISIS who languish in Syria, in desperate refugee camps. These camps are dominated by the most radicalised and aggressive of the inmates, the kind of women who were drawn towards the Al Khansaa brigade. This has been described as a ticking time bomb for further radicalisation by observers; and it’s one that the countries these women left behind don’t want to risk handling.

Moaveni, ever-conscious of the humanity of the women, proposes a humane solution: that they should face justice of their states of which they are citizens, through repatriation, prosecution, punishment and rehabilitation. However, for those states, the humanity and the human rights of the individual women is overwhelmed by the scale of the social problem they present, measured in media headlines, the difficulties of prosecuting crimes committed in the chaos of the Islamic State, and their potential to radicalise others. They’re a problem that they don’t want to solve. Moaveni’s insistence on the humanity of the women at the heart of the issue positions them as everyone’s problem, and one that needs to be solved humanely.

Guest House for Young Widows: among the women of ISIS by Azadeh Moaveni can be purchased here.