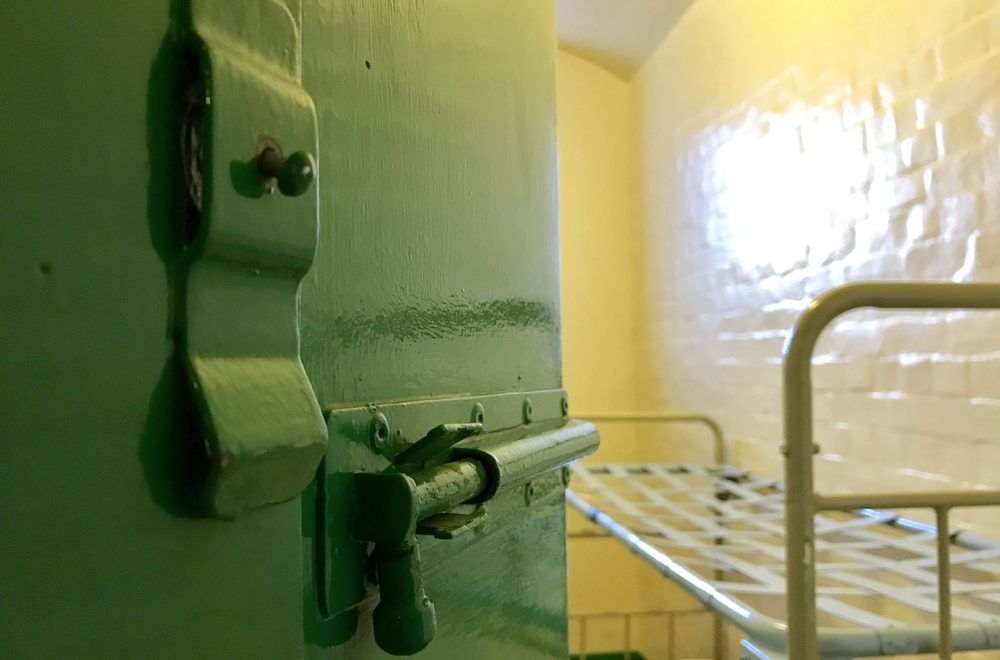 In the prison system

Sofia Buncy, founder and National Coordinator of the Muslim Women in Prison Rehabilitation Project, contributes to several national steering groups. She has co-authored a new report – Sisters in Desistance – which explores the experiences of women of Muslim heritage in prisons.

The issues of women of Muslim heritage in the prison system tend to fly under the radar. Why is this?

The issue of Muslim women has to be understood in the context Black, Asian, Minority, Ethnic (BAME) women who are generally under the radar within the criminal justice system and have been for some time. Muslim women are one group under this broad banner of minority women, all with diverse and complex needs. There is a general lack of understanding of the needs of BAME women, and even more so Muslim women who are a minority within a minority. This is as much to do with issues of equality as it is to do with lack of cultural competence and a willingness to accept there is a problem.

Alongside this, there is an absence of any real discourse within Muslim communities. The tendency seems to be to hide the issue of Muslim women and criminality for the reasons that it brings stigma, shame and unearths issues that we as a community may find it difficult to talk about.

Your new report finds striking differences between the experiences of men and women of Muslim heritage in prisons. What are the major differences?

The most obvious difference between male and female prisoners is the disproportionately high number of Muslim men in prison. At present, there are more than 13,000 Muslim men incarcerated making up approximately 16% of the prison population. Comparatively, Muslim women only make up 6% of the female prison estate, which in itself is much smaller in number. Muslim women do not attract the same level of attention and concern.

Muslim women being in prison is a fairly new phenomenon so there is no real understanding of their needs or concerns.  There is a lack of cultural know-how within institutions. Women who go to prison have no real understanding of how the system works either. They are hesitant to reach out for help due to shame, fear and a lack of confidence. Muslim men – due to their sheer number – are ‘on the radar’ of the establishment. There is more community willingness to talk about their plight and a higher level of confidence and support.

What are the challenges of working in such a sensitive area?

One of the challenges of being the only specialist in the UK working with Muslim women in prison is we have had to learn and navigate the criminal justice system which is very complex and multi-layered. At the same time, we were having to address the issue sensitively and build an evidence base of learning without having any frame of reference to work from.

This work had to be mitigated by community sensitivities and a lack of public understanding of this particular subject. Our role was to encourage open conversations upon a very uncomfortable subject. The need to maintain balance and integrity cannot be underplayed.

What are the psychological impacts of imprisonment upon women of Muslim heritage?

Incarceration involves a period of adjustment and change. The transition from community to prison can be confusing. It’s a real struggle for Muslim women. There is a lack of awareness of how the prison system works and what lies ahead for them. There is no generational culture of Muslim women going to prison. This occurs along with other potential ‘baggage’ such as traumatic histories of mental and physical abuse, guilt, consciousness of ‘shaming the family name’, poor command of English language and being away from children and families. This takes its toll on the psychological health of Muslim women. We find that some clients are susceptible to becoming isolated and withdrawn, expressing low moods and depression, or, at worst, self-harming.

How does imprisonment impact on women’s ability to practice their faith how they wish to?

Each prison has a Chaplain who is there to support the practical and spiritual faith needs of Muslim women and other women of faith. At the prisons where I work, the Chaplain is a qualified Aalimah. There is at the very least one communal service in each prison for women. Quite often there are supplementary classes on the basic teachings of faith.

Through the Muslim Women in Prison project we also support women through the Ramadan and Eid festivities. This can include providing our prisons with the necessary books, zam zam water and kajoor so that women can complete their religious observations. Over the past seven years I have found myself celebrating every single Eid with the women in prison. Women can be most vulnerable and miss their families the most on holy days.

The women often interpret their faith as a very personal affair. Sometimes they chose to seek forgiveness and solace while incarcerated, especially those who have been going through challenging times with their families. Other women choose to detach themselves from their faith.

What kinds of crimes do women of Muslim heritage tend to commit?

There is no clear pattern of criminality amongst Muslim women prisoners. People often assume that the crimes these women commit must be very sinister. This is partly due to the fact that a Muslim woman doesn’t fit our traditional stereotype of what an ‘offender’ looks like.  Our first report ‘Muslim Women in Prison: Second Chance – Fresh Horizons’ was based on 15 months of research. It indicated that there is often a ‘male hand’ behind the crimes committed by Muslim women, or that there is a wider connection to family crimes. This pattern is well documented in the female prison estate. Quite often these women have been victims of domestic violence, sexual violence, coercion and manipulation.

These situations are still taboo. There is a lack of discussion of the drivers to offending which are very much influenced by notions of ‘honour’ and family reputation- all obscured behind a wall of silence.

There has been a lot of concern about Islamist radicalisation within prisons. Does this also apply to women?

Only 1% of convictions in the UK are for terror related crimes. However, there is a heightened sense of security around Islamist radicalisation. There is a threat of right wing radicalisation within prisons too.

Security and intelligence within prisons are a safeguard against this. All residents, male or female, are subject to scrutiny. Islamist extremism is not as prevalent in female prisons in my opinion, partly due to the fact that Muslim women in prisons are significantly fewer and not as networked as their male counterparts. Many women in prisons are mothers and have commitments to their wider families. Male prisoners are less likely to be in this situation.

What happens after a woman leaves prison? Are their difficulties in reintegration?

Leaving prison is a daunting prospect for most women. Quite often they have become used to the pattern and regime of prison life. In some senses they have become institutionalised. Knowing how and where to start again can be quite overwhelming. From my own findings, the biggest thing Muslim women fear is gossip and the questioning which they will have to face in their communities after they are released.

Reintegration for Muslim women varies depending upon the families and communities they come from. Some women decide to go back to their families – if they will take them back. Others who may have been in difficult marriages or situations may decide to strike out alone and take the opportunity for a fresh start. That in itself is a scary concept for women who Islamically have always lived with a guardian or mahram. One of the reasons we developed a model of re-entry at the Khidmat Centres in Bradford was to reduce this sense of isolation. We wanted to create a safe and accessible space where women did not have to explain who they were and what they had done.

What are the impacts of female criminality in women’s families and communities?

No matter how flexible the outlook of the family is there will be a severe impact on any family when a female family member is incarcerated. The impact is perhaps most severe upon the children of incarcerated women. Navigating around that impact is what sets families apart from one another.

The notion of honour (izzat) features very strongly in Muslim families and communities. When a Muslim woman is imprisoned it is felt that she has breached family honour, and tarnished the family name, often impacting upon the extended family, caste and overseas networks. These networks have been built over decades and generations and are a repository of social capital.  When a woman is sent to prison, community gossip ensues. Sometimes families may feel they need to take drastic action to avoid shame. This can take the form of concealing the crime, severing contact with the women, or not allowing her to have contact with members of the family – such as her children. They may take a short break away from the woman to assess the situation. Other families are strong enough to withstand these external pressures and mitigate these challenges.

We have helped to explore some of the family-prisoner challenges our pilot model through initiatives such as family mediation, faith based support from Imams/Aalimah’s and family to family peer mentoring.

What needs to change in order to improve the situation of women of Muslim heritage in prisons, and for fewer women to end up in the criminal justice system?

Change is required at different levels. Within our own communities there an urgent need to reassess gender roles and the perception and treatment of women. One of the most important findings of our project is that many Muslim women are in prison for family-related crimes. Preventative measures cannot be implemented until we start conversations in the community.

There has to be a greater focus on BAME and minority women, particularly upon the challenges faced by Muslim women within the criminal justice cystem and more widely in our communities and society. This can only happen if the criminal justice system becomes more representative, reflecting their service users, supplemented by learning from those people who have worked towards better understanding of the complexity of these issues.

Ultimately, community education and empowerment is key in both prevention and recidivism. It is important that the Muslim community gives women a sense of belonging in alignment with Islamic values.