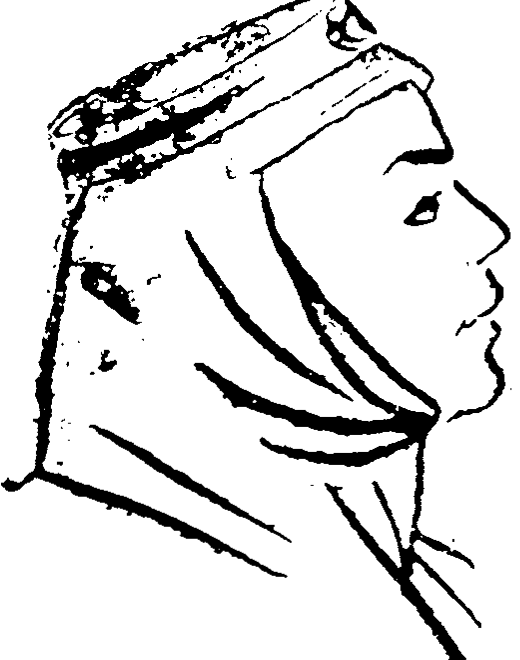 I am that woman whose works are good.
Under my veil is kingly power.
– Padishah Khatun

Padishah Khatun was the sixth sovereign of the Kutlugh-Khanid dynasty of Mongols, and the ruler of Kerman. She was the first non-Mongol woman to marry a Mongol Ilkhan, and was also known for her poetry, her calligraphy, her interest in science and her piety.

After the death of Kerman’s ruler in 1257, his widow, a former slave named Terken Qutlugh Khatun took control of the region for a period of 26 years, being chosen by the local emirs and ulama. This period was considered to be Kerman’s ‘golden age’ during which Qutlugh constructed hospitals and schools for the populace, and rebuilt the mosque. She also built alliances with the Mongols of Iran, marrying her daughter Padishah Khatun to Abaka Ikhan despite the fact that he was a Buddhist and she and her daughter were both Muslims. According to one account, this happened despite the young Padishah being raised as a boy and given the pseudonym Hasan Shah in order to protect her from the arranged marriages typical of Mongol culture. Abaka was a great-grandson of Genghis Khan, and would become the ruler of Iran in 1265. Qutlugh also enlisted her son in Abaka’s father’s army to reinforce the links with the Mongolian dynasties.

However, her step son Suyurghatamish sought Qutlugh’s throne. Although she was forced to accept him as co-ruler, Padishah and her sister Bibi Terken interceded on behalf of their mother against their half-brother. An edict was issued depriving him of any real power.

Abaka died in 1282, possibly due to poor health related to his alcoholism. In the same year, Suyurghatamish ousted his stepmother Qutlugh from the throne of Kerman with the support of Abaka’s brother and successor, Ahmed Tekuder, a convert to Islam. Meanwhile, Padishah was married to one of her former husband’s sons, Gaykhatu under Mongol custom. The couple were sent to Rum in Anatolia where Gaykhatu served as governor of the region for nine years. Meanwhile Suyurghatamish ruled Kerman. Gaykhatu was known for his dissolute lifestyle, being described as ‘addicted to wine, women, and sodomy’. Padishah is believed to have financed the building of a domed mausoleum at the madrassa of Erzurum and may have deepened her commitment to Islam during her residence in Anatolia.

Gaykhatu ascended to the throne in 1291, and Padishah immediately demanded that he give her the fiefdom of Kerman. She was granted it ‘as a token of his love’, Fatima Mernissi speculates. In 1291, Padisah deposed Suyurghatamish, finally attaining reprisal for her mother’s downfall. She had him imprisoned, but he escaped with the assistance of his wife and daughter. Suyurghatamish sought asylum with Gaykhatu, but Padishah sent envoys with valuable presents to her husband in order to influence his decision. Gaykhatu returned him to Padishah who summarily ordered his execution. The traveller Marco Polo described Padishah as ‘an ambitious and clever woman, who put her own brother Siyurgutmish to death as a rival.’ This widowed Suyurghatamish’s wife Khurdudjin, who was a Mongol of royal blood.

After her grasp on power was assured, Padshah triumphantly adopted the title Safwat al-dunya wa al-din (meaning ‘purity of the earthly world and the faith’). She was a successful ruler of Kerman, who ‘established law, justice, fairness [to the point] that the Sultans of the world seemed insignificant and she gave many pensions and allowances to scholars and she ordered [the construction] of extraordinary madrassas and mosques.’ She also had gold and silver coins struck bearing her name. As Padishah’s confidence grew, she sought to extend her governance to the regions of Yazd and Shabankara.

However her ambitions were frustrated when her husband Gaykhatu died in 1295. Inspired by the Chinese innovation of paper money, he made an attempt to introduce this form of currency to Iran. The impact on the economy was disastrous, and Gaykhatu was assassinated shortly afterwards. He was succeeded by his cousin Baidu, Khurdudjin’s son-in-law, who was less sympathetic to Padishah than his predecessor. Khurdudjin requested Baidu to order Padishah’s execution. He did so, and a group of men entered her tent at night and assassinated her.

Historical sources attest to the quality of her poetry and her dedication to Islam. Her poems were often inspired by hadith and religious texts. One source in particular mentions that she ‘was a good scholar and wrote her own lines on the Holy Qur’an.’ It is said that Qur’ans handwritten by her were stored in the libraries of Kerman province.