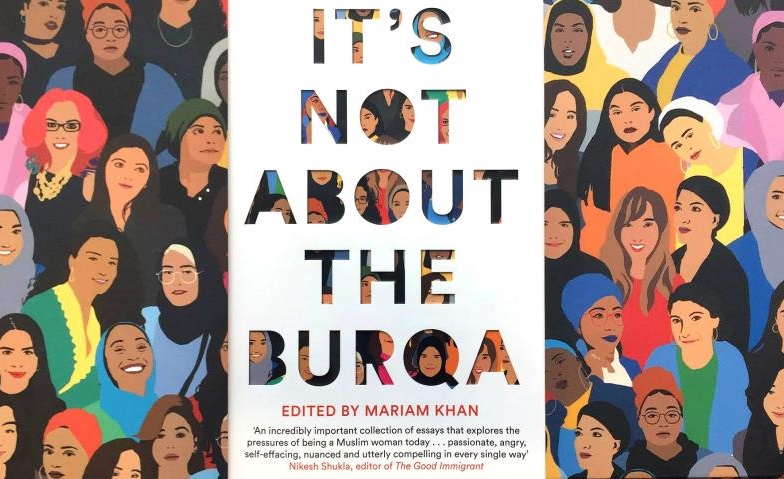 It’s not about the burqa

An interview with Mariam Khan, the editor of ‘It’s Not About the Burqa’, an anthology of non-fiction writing by women of Muslim heritage.

Congratulations on publishing your anthology of writing by women of Muslim heritage. What triggered you to start working on this collection?

In 2016 David Cameron was reported to have made a throw away comment relating the radicalisation of Muslim men to the ‘traditional submissiveness’ of Muslim women. For a while after that happened, these words stayed with me. There are many words I would use to describe Muslim women, and yet I would never use those two. My belief that my words and experiences as a Muslim woman were more valid than those of someone who wasn’t a Muslim woman led me to the publication of It’s Not About the Burqa.

How did you get together such a varied selection of writers?

Unfortunately there has been a narrative built around Muslim women that has oversimplified our identity. Often when you see the words ‘Muslim women’ the words ‘hijab’ or ‘burqa’ or ‘oppressed’ or ‘submissive’ aren’t far apart. I believe tapping into this mainstream narrative is a way to undo it from within – and then dismantle it altogether. Anyone who picks up this book will realise that there is so much more to Muslim women than their ‘burqas’ or ‘hijabs’.  We are more than what these narratives that have been created about us and around us have let us be, we are complex, intelligent and wonderful. I see the title of this book and the book in itself as a reclamation of our identity, with us, Muslim women, as the authors and curators.

What do you think are the most important themes emerging out of the writing in this book?

This book is creating and reclaiming and questioning in parts, the narrative of Muslim women. For me that’s the most important part.

One of the topics flagged reflects ambiguities around the representation of women of Muslim heritage in the media. Can you outline problematic trends in current representations?

How can the representation of women of Muslim heritage be improved? How can we better reflect the diversity of such a heterogeneous group both in mainstream media – and within our own communities?

By allowing there to be a diversity of narratives around Muslim women. By acknowledging that maybe there is an ‘acceptable’ narrative of Muslim women that may be more prominent. By asking questions and making spaces for as many different Muslim women we can and not being worried that a Muslim woman who is different from us is undermining us or taking up space that we also exist in.

Many of these articles focus on the point at which the political meets the personal. Was this important to you as you developed the book?

Muslim women’s narratives have become so intertwined within politics that this doesn’t surprise me. I didn’t ask or tell anyone to write to a specific brief. They wrote their stories and then we worked on them together.

Women of Muslim heritage’s experiences of abuse are often co-opted into an Islamophobic agenda that casts male violence in religious terms. How can we address violence within our families and communities without feeding Islamophobic narratives?

We need better and fairer representation of Muslims across the board. Diverse representation. We need to have conversations where we can openly discuss our experiences without someone outside of our communities shouting Islamophobic abuse or insinuations because this redirects who the centre is. Islamophobia decentres and ‘others’ Muslims. Until the dominant narratives that have been created around Muslims in the West have been unpicked, recreated and varied nothing will change.

Who do you think should read this book?

Everyone. All women. All men. Young Muslim girls. Women of colour. I believe that many of them will relate to the narratives in this book. My young self from the past. J.K. Rowling, David Cameron. All the YouTube brothers who keep making videos laughing about Muslim women and their struggles, and laughing at feminism.

It’s not about the Burqa is released on the 21st February 2019. You can pre-order a copy here.