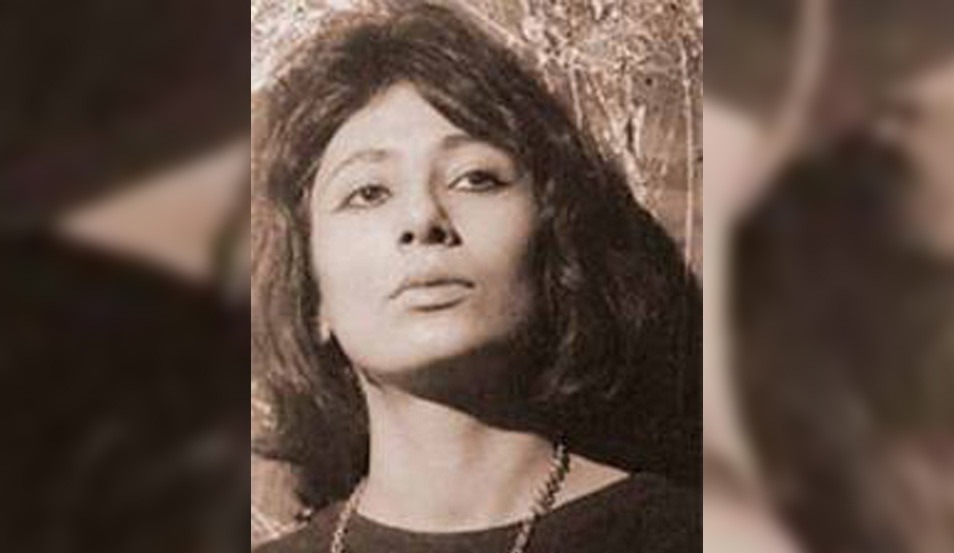 I would like to say to my father, my mother, my neighbours in our small neighbourhood, and all I see, or pass by me: I live. 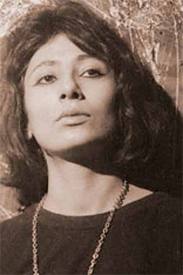 Feminist novelist Layla Baalbaki, known as ‘the Françoise Sagan of the Arabs’, is noted for the introduction of feminist and existentialist themes into Lebanese literature, a pioneering depiction of sexuality, and an analysis of the hypocrisy and sexism within Arab societies. Her final work was a collection of short stories, which scandalised conservative Arabs. She was prosecuted for this book, and although cleared, she never published any fiction again.

Layla was born to a Shi’ite family which had migrated to Beirut from Baalbek in the south of Lebanon, leaving behind them the olive tree under which her grandfather had taught the village’s children. Layla’s father wrote zajal, a traditional form of poetry; her mother was illiterate. Layla herself began to write at the age of 14. She rebelled against the traditions of her conservative household and her community. Layla rejected the veil and insisted upon taking up her education against her family’s wishes, resisting attempts to withdraw her from school by holding a hunger strike. Although the family were not particularly religious – Layla was permitted to drink wine at home, for instance – they placed a great importance upon respectability within the community, which chafed upon her independence.

She attended a francophone school in Beirut, and in 1957, she took up a position with the government until 1960, an expression of her desire for independence. She started writing a monthly column in the women’s magazine Sawt al Mar’ah (Woman’s Voice) called ‘Liberated Ideas’ from 1957-1958, under the encouragement of the editor Edvique Shayboub. This was followed by a one-year scholarship in Paris from 1960-1961. Shayboub was the first to read the manuscript of Layla’s first novel Ana Ahya (I live) and encouraged Layla to find a publisher. Beiruti companies at first rejected the manuscript, but eventually it was accepted by Shi’r (Poetry) press, with the understanding that Layla covered some of the printing expenses, which she did with her own earnings. This established her as a novelist and brought her into the Shi’r literary circles, where she was able to build networks with its founder Yusuf al-Khal, Adonis and other poets from Lebanon and the Arab world. Here, Layla was introduced to modernism, where the classical traditions of Arab poetry were challenged by the influences of poets like T. S. Eliot and André Breton. Layla appreciated the iconoclastic power of the modernists: ‘their refusal of crass, canned forms of literature, poetry and art’.

Despite her feminist principles, Layla never aligned with any of the existing women’s organisations in Lebanon at the time. She was not dissociated from politics: she delivered a lecture at an event founded by the secularist intellectual Mishal Asmar. The lecture, entitled ‘We are without masks’ called for social reform, contrasting Middle Eastern society with the freedoms of Europe and America, the constrictions upon young people dealing with parental control, and challenging customs and religious limitations upon their freedoms. She was also a fierce critic of colonialism, opposing the intervention of the powerful into the affairs of smaller states. She was also critical of the Iranian Revolution of 1979, observing that it would fail to deliver gender equality.

This legal case revealed the developing schisms in a country which was modernising rapidly: on one hand, there were many who saw the connection between artistic and other political freedoms, and who deplored the hypocrisy of the corrupt Lebanese state standing against freedom of speech; on the other, opponents were quick to criticise Layla’s youth – one comment described her as ‘living among the filth and dogs.’ She was not supported by any of the Lebanese women’s organisations, which were quick to disassociate from her in order to maintain their reputation for respectability. As Layla’s defence lawyer stated, this was ‘the first time in the history of Lebanese court proceedings and the history of Lebanese literature that an author, well known not only in Lebanon and in the Arab world, but also in Europe, has been tried in a Lebanese court’. Layla was ultimately declared innocent upon appeal, and all the books which had been seized were returned to their owners. However, the process was traumatic: Layla described her victory as a medal won on a battlefield.

In 1965, she entered into a civil marriage with a Christian Lebanese, and visited Syria, Jordan, Iran, Saudi Arabia and the Gulf States, finally moving to London in 1975 with her family – now with one son and two daughters – in order to avoid the civil war. From this time, she stopped writing, although she did appear at the 35th Beirut book fair in 2009, where she was surprised to see she still had devoted readers. Despite repeated commitments, the most recent being in 2010, Layla has not delivered any further writing, including her long-promised autobiography.  Her work was recently celebrated by PEN Lebanon.