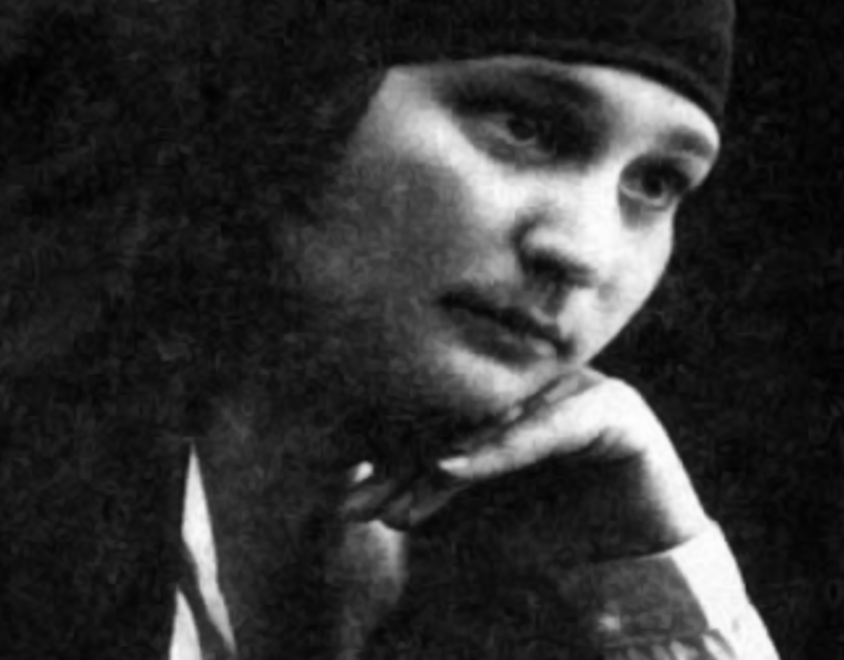 Known as the Joan of Arc of the Arabs, Naziq al-Abid was a suffragist, humanitarian social reformer, and a pioneer for Syrian independence against both the Ottoman and French Empires.

Naziq was born into a wealthy Kurdish merchant family with ties to the Damascene nobility. Her rather was the governor of Mosul and her uncle a personal advisor to Sultan Abdulahmid II. Naziq al-Abid studied literature with private tutors, learned French and German and gained a BA degree in Architecture from Istanbul’s Women’s College. However, upon graduating, she moved immediately into activism rather than architecture. Using a male pseudonym to write political columns in magazines, she criticised the ‘Young Turks’ coup which had deposed the Sultan. She was concerned with the militarised turn of the Ottoman Empire and the exclusion of Arabs from senior government offices. Despite her own family’s connections to the Empire she had strongly egalitarian values.

By 1914, she turned her attention to women’s issues, building a network of activist women and forming an association calling for women’s rights in Syria. The Ottoman military governor of Damascus suspected that the organisation was linked to the Syrian nationalist underground movement and outlawed it. Naziq went into exile in Cairo until the Ottoman Empire crumbled, returning to Damascus in 1918, when the first World War began. She immediately leapt back into politics, demanding equal rights and suffrage for women through writing newspaper articles and giving public speeches. Her cousin describes her as ‘very liberal with a strong character. She was a true rebel.’ He said that she loved horseback riding and sport, and was the only woman in her period to wear trousers and boots.

A year later, she founded Noor al-Fayha (Light of Damascus) the first women’s organisation in the city. She led a delegation of Syrian women to an American commission to represent Syria’s response to the idea of a French Mandate in the aftermath of the Ottoman Empire. Here, she met President Woodrow Wilson. In a gesture designed to signal her desire for a secular and liberal Syria, she removed her hijab in front of the American officials.

In the next year, she founded a magazine, bearing the same name as her organisation Noor al-Fayha, acting as Editor-in-Chief to advocate for women’s rights. In 1919, the Syrian parliament attempted to pass a law granting women suffrage. Had it passed, Syrian women would have achieved suffrage before American women. However, conservative members of parliament obstructed the proposal. They were still wrangling over the issue when the French Mandate was declared in July 1920.

In the same year, Naziq founded the Damascene Women’s Club. She also volunteered to serve in the Syrian army, marching through the streets in military garb and carrying a rifle, to show her allegiance to her country. Again, she removed her hijab for the reporters, an act which scandalised Syrian conservatives. King Faysal I made her an honorary general, making her the first woman to achieve this rank in Syria. Western newspapers described her as the ‘Joan of Arc of the Arabs’; other commentators made comparisons to notable women in Islamic military history. She took part in the notorious Battle of Maysaloun where the Syrian forces were handily defeated by the French. Naziq attempted, in vain, to save the life of General al-Azma, the Minister of War.

After King Faysal was overthrown, Nazik went into exile for a second time, moving to Istanbul for her safety. Even in exile, she remained active: in 1921, the founded the Syrian Red Star, and in 1922, she returned to Syria, where she played a role in establishing the Syrian Red Crescent, an organisation modelled on the Red Cross. In 1924, along with Adila Bayhum and Labiba Thabet she founded the Women’s Union.

She returned to military action in 1925, taking part in the Syrian Revolt. Joining the insurgents of the Ghuta orchards, she lived as an outlaw, smuggling weaponry and supplies, and tending to the wounded. This did not prevent her from continuing to work towards developing women’s networks. With Adila Bayhun, she founded the Damascene Women’s Awakening Society which provided outreach to displaced women and those who had been widowed. This included lessons in sewing and the English language, as well as support for women gaining further education.

In 1927, the French issued a warrant for Naziq’s arrest causing her to flee the country for a third time. She married the intellectual Muhammad Jamil Bayhum, who supported and financed her in her feminist activities, particularly her work to support suffrage for Syrian women. Together the couple financed and supported a book called Veiling and Unveiling. While campaigning for the vote for women, she also supported women’s economic empowerment and workers’ rights, including the right to maternity leave. She founded the Association for Working Women in Lebanon. She also financed the construction of a hospital and sat on the board of directors. During the Arab-Israeli war of 1948, she established an organisation to assist Palestinian refugees, which she worked on till her death.

She died in 1959 in Damascus, as an icon for both the Syrian nationalist and feminist movements.