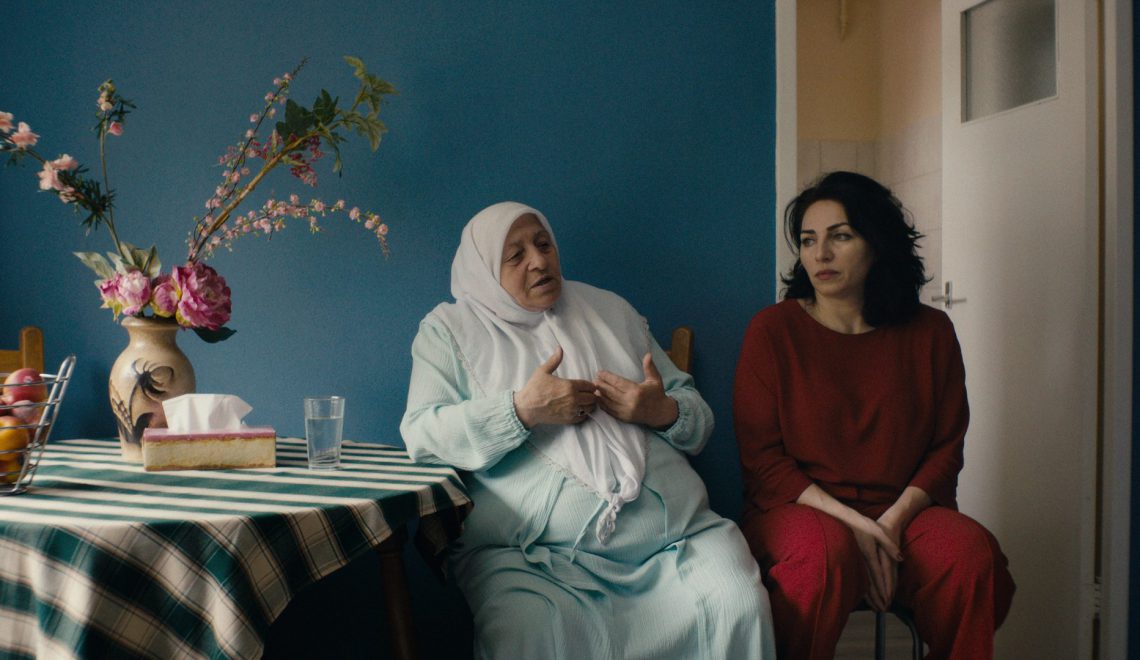 No Longer Without You

How can I walk away when my legs are not my own?
And how do I pave my path back?
Because my place within the family is my right.

No Longer Without You (Niet Meer Zonder Jou) is a painfully intimate exploration of relationships across the cultural divide, centred upon the primal bond between mother and daughter. Created by Dutch journalist Nazmiye Oral, the performance takes the form of a dialogue with her own mother, Havva Oral, an immigrant from Turkey. Despite being rooted in the specific grievances of a personal and intimate relationship between a particular mother and daughter, the way the two women have been wedged apart by their differing cultures is relatable to any second-generation immigrant. And indeed, anyone who feels suspended between the culture of their parents and their peers. Nazmiye particularly stresses the disjunction between ‘I’ and ‘we’ – the differences between the highly individualistic culture she lives in, and her mother’s enmeshment with the values of the Turkish Muslim community.

The set-up for the performance is simple: Havva, an elderly woman, wearing light colours and a traditional veil is seated at centre stage, immobile; Nazmiye, appearing often as a femme fatale in a scarlet dress with clicking high-heels to match, paces, struts and circles her mother, constantly restless – but ultimately unable to stop orbiting her, no matter how much she may strain to do so. By turns frustrating and heartrending, the relationship between the two women is electric with its love and resentment. They are united not just by their relationship, but by the similar sense of frustration each has with the other – Havva lived a life of being forced into a mould that repressed her own desires – and like many first generation parents, she has displaced them onto her children, attempting to live through them, only to be disillusioned. Nazmiye has also felt forced into a mould by her mother’s expectations and feels resentful over the lack of support when she sought her independence. Feelings of love, conflict and interdependency are in constant tension between the two women.

Despite the cultural divide, and their differences in religion and lifestyle, the women share a lack of shame in allowing their private lives to become public entertainment (although Havva insists that these performances take place outside the community in which she lives). In performances, Havva is engaged, sharing her daughter’s courage to expose the troubled history of their relationship in intimate, ‘in-the-round’ performances. These include scripted events from a mock stoning, to Havva forcibly pulling down her daughter’s clothing to prevent her from exposing her breasts to the audience. These acts feel almost like they are exorcising the ghosts haunting their relationship.

Havva’s belief in Islam is fundamental to her worldview, in contrast to her religiously wayward daughter, and yet she is shown to be flexible and humane enough to provide emotional support to Nazmiye’s gay classmate when he needed it most, declaring ‘Judgement is for Allah, not me.’ Nazmiye affectionately chides her mother for refusing to own her innate compassion, finding a reflection of her own values in her mother’s generous spirit.

The version of No Longer Without You which was screened at the Celebrating Dissent event at DeBalie was not a live performance by Havva and Nazmiye, but a film of a one-off event, in which Havva and Nazmiye performed the production for the most vulnerable of audiences: their own family.

This decision magnifies the emotions already in play, extending them to their other relatives, making them all participants, rather than theatre-goers of New York or The Hague, able to observe from a dispassionate distance. Havva’s sons and Nazmiye’s daughters alike watch their mothers hurling the family’s skeletons out of the closets and smashing them down onto the living room floor. Shocking revelations follow, one after another: abortion, divorce, abuse: these are the kind of revelations that have the potential to tear a family apart. For a moment it seems they might: at one point Nazmiye’s brother is reduced to angry tears, confused by the impact of competing emotions and overwhelmed the weight of the revelations upon him. Here, Havva intercedes, gently and maternally, drawing them together, recreating the family again. What is left between the siblings, and between the mothers and daughters, after all the revelations and recriminations is love – burned clean; and a mother who sits at the centre of the family – holding them together despite everything.

At the DeBalie event, the screening was followed by a discussion group involving other conference delegates, who had often faced exclusion and even violence from their families for abandoning their faith, some with little chance of the difficult resolution achieved by Nazmiye and Havva, providing a sobering conclusion to a gripping, emotionally-charged drama.