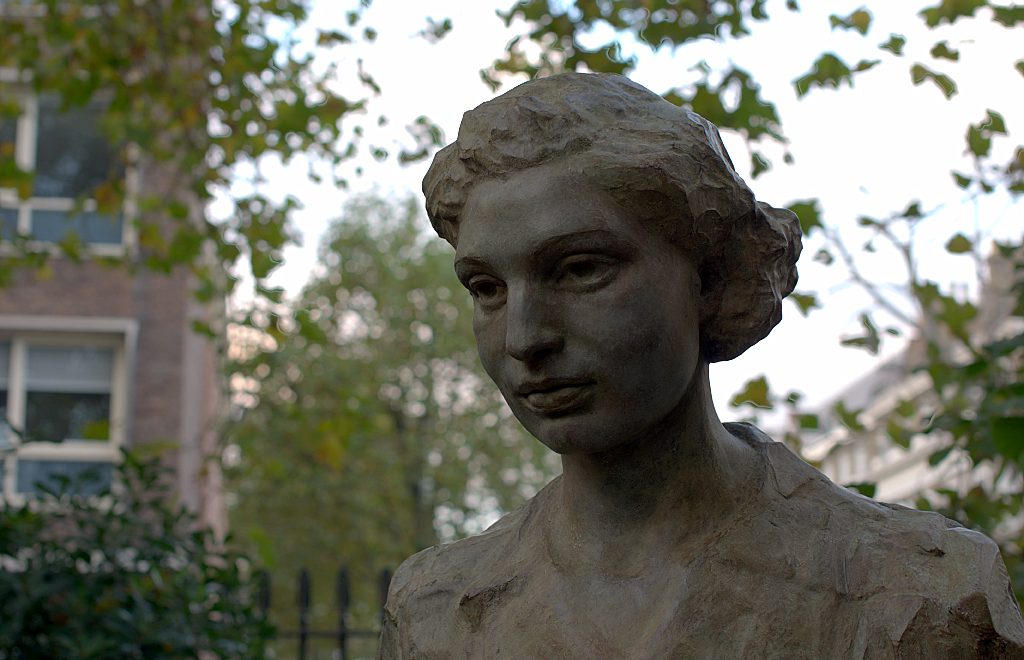 Born in Russia to Indian and American parents, and largely raised in France, the Sufi princess, musician and children’s storywriter, Noor Inayat Khan is best known for her wartime work as a spy. She worked for Britain in occupied France during World War II, where she was known as ‘Madeleine of the Resistance’.

Noor was born in Moscow on New Year’s Day. Her father, Hazrat Inayat Khan, was a Sufi musician and preacher, who had once performed with Mata Hari. He was on a mission to spread Sufism to the world. Her mother, Ora Ray Baker, had sought out Khan after seeing him lecture in the USA. She was captivated by the man and his faith. They married and went to Moscow, where he represented the musical section of the local Sufi order. Due to increasing political unrest in Russia, the family moved to London, where Khan founded the Sufi Order in England. However, Khan’s connections with nationalist figures, like Gandhi, drew unwelcome attention to the family from the authorities. A convert to Sufism offered Noor’s father a house in Suresnes, overlooking Paris. He named it Fazal Manzil. 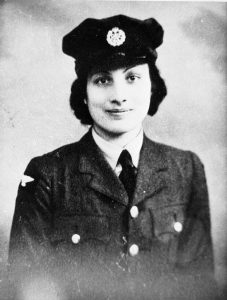 Noor, nicknamed Babali, was a delicate, sweet-natured and imaginative girl who wrote music, poetry and short stories. When she was twelve years old, her father left the family to return to India, where he died. Noor’s mother was cast into a deep depression. Noor was left to take charge of the family, including supporting her ailing mother and caring for her younger siblings. She also went to visit her father’s tomb in India, which had a profound effect on her. There, she met the young relative that her father had wanted her to marry. Her mother insisted that the family returned to France, however.

Noor continued to write and leaned the harp and piano: all of Hazrat Khan’s children could play at least one instrument. While studying music, she became romantically involved with a fellow music student, a Jewish immigrant from Turkey. This relationship lasted for six years, despite his possessive and controlling behaviour. At one point, her brother Vilayat took Noor on a European tour to distract her from the pressures of running the household whilst dealing with an unhealthy relationship.  During this trip, she saw Mussolini in the audience at a performance of Rigoletto. At this point, she had little idea how the ideology of fascism would come to dominate Europe.

As she moved into her twenties, Noor decided to study child psychology at the Sorbonne and Hindi at the University of Paris. She hosted storytelling events for local children at Fazil Manzil, and adapted twenty Buddhist stories for children in a book called the Jataka Tales which was illustrated by Baroness van Tuyll. She followed this success with a series of stories, often about magical creatures, for the children’s page of the Sunday Figaro. She also wrote on Indian, Greek, French and Nordic folklore. She attempted to found a children’s magazine entitled Bel Age (The Beautiful Age). However, this ambition was cut short by Europe’s descent into war.

Noor’s Sufi faith, an upbringing rich with various cultural influences, and her long-term relationship with a Jewish man made fascism intolerable to her. The bombing of women and children horrified her. With her sister, Claire, she signed up for training in nursing in order to help the war effort. When the Germans invaded in 1940 the Khan family joined more than two-thirds of the population of Paris escaping the city.

In Britain, Noor joined the war effort with determination, proving to be gifted in signals and wireless training. This talent, along with her impeccable French, was identified as useful to Britain. She was called before a board for further investigation. She staunchly asserted to the board that, once the war was over, she would hold open the possibility of then fighting for Indian independence, and that India should be able to organise its own defences against a potential attack by Japanese forces, challenging British colonial power. She assumed that this was the end of the matter: however, her progress was being covertly observed for Churchill’s so-called, ‘Ministry of Ungentlemanly Warfare’, the Special Operations Executive (SOE). Noor had been chosen to gather information in occupied France, and to support the Resistance.

She was sent to undergo intensive physical training and learn codes and ciphers, as well as intelligence methods. Although Noor did well generally, she proved to be poor at keeping information to herself. Some agents put this down to her Sufi-infused moral code, which prevented her from lying. Despite these reservations, Noor was dispatched to Paris, dressed in specially tailored clothing to resemble that worn in occupied France, and carrying the regulation pills – including cyanide, in case of questioning or torture. She was sent to support the ‘Prosper’ resistance network using a heavy wireless transmitter, weighing over 30lb, and requiring 70ft of aerial which needed to be mounted on a tree or rooftop. The ‘Prosper’ network was badly extended, and was infiltrated. Hundreds of French agents connected to ‘Prosper’ were captured by the Gestapo. Noor and others tried to warn the remainder of the network.

With the collapse of ‘Prosper’, Noor was instructed to return to England; but she refused to do so, since hers was the only transmitter left in Paris. She wandered around the city, in disguise, transmitting from a different location every day, all the while meeting with Resistance workers and saboteurs to rebuild the network. Ultimately, she was betrayed from within her own networks; a woman jealous of Noor’s beauty and insecure in her own romantic relationship passed information to the Gestapo.

Noor was arrested and imprisoned, but revealed nothing to the Germans. Using Morse code to transmit messages between cells she organised a daring rooftop escape with two fellow prisoners: however, this failed due to a simultaneous air raid, which led to their capture. Classed as ‘highly dangerous’, Noor was sent to Pforzheim in Germany, and ultimately to Dachau, where she was violently beaten for a whole night and then forced to kneel as she was shot in the head. Her last word, according to a man kept in an adjacent cell, was ‘Liberté!’ (freedom).

Noor was a gentle, kind woman, who in other circumstances would have spent her life telling children stories and playing the harp. In war-time, she gave her life for her values. Her values were informed both by her Sufi beliefs, and her experience of growing up in Europe. They led to her fight for the diverse and peaceful Europe that she believed in, with passion, conviction and honour. Her sacrifice is recognised to the present day: every year, a military band plays outside her Paris home. Recognition in the UK came later – she was memorialised with a statue in Gordon Square, Camden in London in 2012.