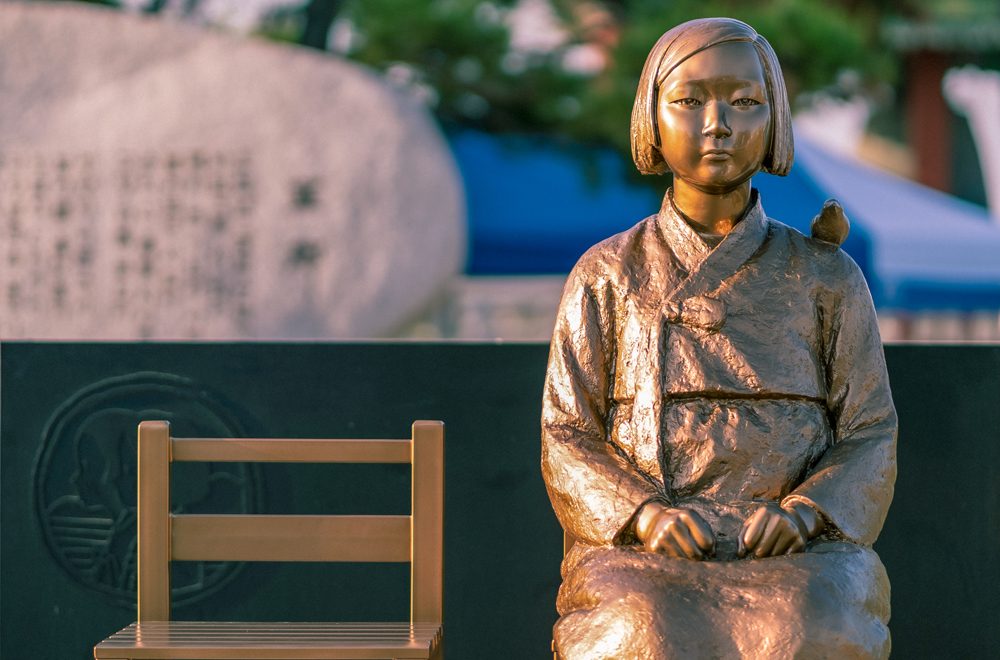 Rape is a weapon of war

Review: Our Bodies, Their Battleground

Rape, argues Christina Lamb, is a weapon of war as deadly as the Kalashnikov. Unlike the Kalashnikov, rape has the advantage of costing nothing. Rape serves as a reward for the troops and gang rape builds camaraderie, so there is no practical reason for commanders to discourage it. It also humiliates the enemy, who are exposed as incapable of protecting ‘their’ women, and forces subordinated populations to flee for their own protection. In societies with a phallocentric view of reproduction, impregnating women is seen as a way of replacing their ethnic group with that of their rapists. And so, rape has often been accepted, tacitly or overtly, in various military organisations throughout history.

Our Bodies, Their Battlefields tells the stories of women who have been used as rewards for the warrior. Lamb travels from Iraq to the Democratic Republic of Congo, and from the Phillipines to former Yugoslavia, to speak with survivors.

The events behind their trauma are a breath-taking catalogue of brutality: women gang raped as their children are killed in front of them; captive women categorised into beautiful, average and ugly, with the latter category executed and the former enslaved; a woman running desperately to escape her rapists discovering the corpse of her own sister; women being literally raped to death by gangs of men; the rape of baby girls. There are many such accounts in the book. Reading them feels like a distant echo of the impact of military rape as described by victims: a kind of horrified numbness. Shell shock.

Lamb finds that even in peacetime, victims of military rape are often excluded by their families and communities, considered stained by the crimes committed against them. They eke out marginal existences, deeply scarred by unspeakable traumas. Throughout the book, Lamb presents the ordinariness of women and girls eroded by trauma, honouring the heroism it takes just to live after such an assault on the body and psyche. Many of the survivors she speaks to are numbed by the psychological damage. Some are further exploited due to their vulnerability: an easy mark for abusive men, with no surviving families to protect them. While monuments are erected to honour military heroes, she notes, there is little recognition for the victims of sexual violence.

Beyond the personal impacts of rape, Lamb also considers the historic failure of governments to respond to mass sexual violence in the aftermath of war. Navi Pillay, President of the International Criminal Tribunal for Rwanda, described the attitudes of her male colleagues: ‘They wanted to put their hands over their ears and not hear any more.’ At the last moment, the ruling that rape constituted genocide was almost omitted from the final report. Judge Pillay had included sexual violence under the category of genocide, rather than as ‘spoils of war.’

‘[I]t was always haunting me whenever they categorised a rapist with someone who stole potatoes or a goat: it was really, really unfair,’ said one survivor. Rwandan women who testified against their rapists in front of the Tribunal continue to lead marginal lives in poverty: and yet their main concern is that rape continues to be used as a weapon of war, despite all their efforts to raise awareness within the international community.

After Srebrenica, rape was recognised as a war crime. After Rwanda, rape was recognised as a component of genocide. Yet there are no current attempts to prosecute the rapists of Yazidi, Rohingya or Nigerian women. Women and girls have simply been allowed to disappear. Efforts to attain justice for sexual violence are largely spearheaded by survivors, with little assistance from the authorities. Powerful men turn a blind eye. Histories are sanitised. Powerful countries, like Japan, can virtually erase their records of sexual violence. A statue commemorating Filipina ‘comfort women’ was removed to avoid creating diplomatic embarrassment. ISIS combatants are tried for ‘terrorism’; their rape campaign dissolved into a broader category. Lamb interviewed many former members of ISIS – all were suspiciously familiar with the mechanisms around the sexual slavery of the Yezidi women, yet all denied personally victimising them. Men, and societies, seem to forget rape easily. The victims carry the scars for the rest of their lives, sometimes forced to live besides their rapists who walk the streets, even taking roles of authority within their communities.

Like the author, the reader is left almost in a state of despair at gangs of men so readily using sexuality as a means to abuse and degrade women. To some degree, however, Lamb shows that culture may mitigate male sexual violence. In WW2, the Russian Army raped indiscriminately, from little girls to their grandmothers. The rampage even included Jewish women recently released from concentration camps. While other combatants were not innocent of sexual violence, none raped on the massive scale that the Russians did. There is hope, then, that cultural change can mitigate male sexual violence. Lamb points out that military groups which include women – such as the Peshmerga or Israel Defence Forces – may decrease the likelihood of sexual violence within a group, disrupting aggressively macho cultures (although records of abuse of female soldiers by their colleagues show that this is by no means a magic bullet.)

The most powerful force for change are the survivors themselves, and the activists who support them, shown in the 2018 Nobel Prize awarded to Nadia Murad, who survived ISIS’s sexual slavery, and Denis Mukwenge, a surgeon who reconstructs the genitals of Congolese women and girls who have been raped and tortured. Our Bodies, Their Battlefield is a book that does justice to its brutalising, traumatising topic. A painful yet essential read, it shows the devastation of military rape, but also the resilience of survivors, their sense of sisterhood with each other and their demands for justice and recognition. ‘It is hard to tell,’ said a Yazidi survivor, ‘but harder for people not to know.’

Our bodies, their battleground is available to buy from book suppliers nationwide including Amazon.