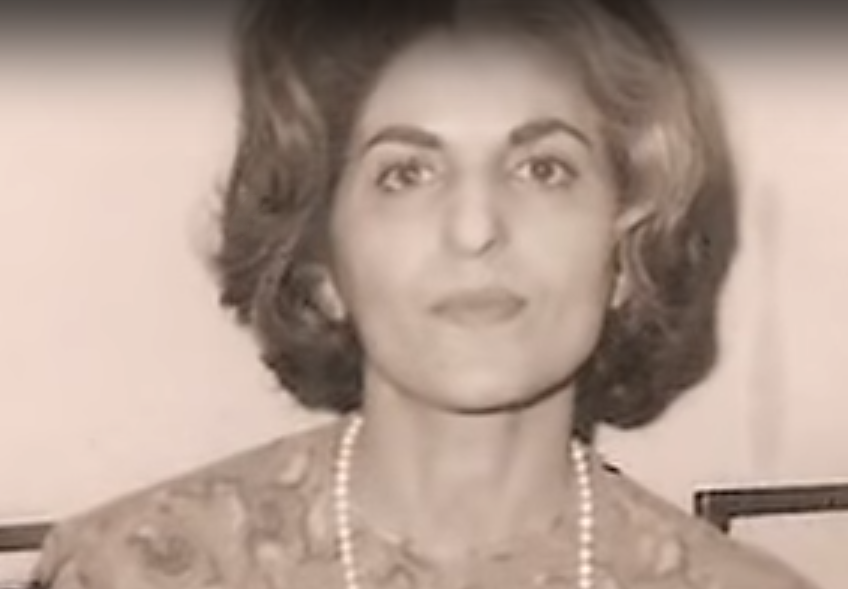 Human beings are like parts of a body,
created from the same essence.
When one part is hurt and in pain,
the others cannot remain in peace and be quiet.
– Motto of the Tehran School of Social Work, 1958-1979

Sattareh Farman Farmaian was a human rights activist who grew up in the harem of a Qajjar prince, studied social work in America, and became regarded as the ‘mother of social work’ in Iran.

Sattareh’s father was over 60 when she was born. She was the 15th of his 36 children, and the third child of his third wife, who was only twelve years old when she was married to him. Her only exposure to life outside the compound was through weekly visits to her father, who adjudicated disputes between the peasantry, and through spending the summer at the family’s country estate. Her father stressed the importance of education in order to assure a future for his children during turbulent times. The children of the harem learned Persian poetry and French, as well as attending school in a period when most Iranians, and almost all Iranian women, were illiterate.

She was educated in a Presbyterian school alongside girls from Iran’s religious minorities, where she was impressed by the American staff’s attempts to alleviate poverty and suffering in Iran. It was on a school trip to Isfahan, Persepolis and Shiraz that she decided that her mission in life would be to help the Iranian people and that to do so, she would need further education.

However, she faced numerous problems: under the rule of Reza Shah, the family’s land was seized and the elegant compound in which they lived destroyed. Sattareh’s father died from a series of strokes, leaving the family destitute. Further, Reza Shah closed Sattareh’s school and deported the American staff during the early phases of WWII. However, Reza Shah was forced out of power after Allied Forces invaded Iran.  He abdicated in order to allow his son to take the throne. Meanwhile, the death of a devoted family retainer from tuberculosis reignited Sattareh’s desire to challenge poverty and develop Iran’s social infrastructure.

In May 1943, she persuaded her family to allow her to study in America. She decided to travel westwards via India to avoid the war in Europe. This turned out to be a perilous journey, involving a two-day train ride, hitching lifts in lorries, and hiring cars. Her train to Bombay was sabotaged by supporters of Gandhi. One of Gandhi’s followers described the anti-colonial aims and non-violent methods of the movement, which she found inspirational. Over her long journey she read and re-read the Quran alongside a Bhagavad Gita the follower gave her. Her boat was sunk in a Japanese attack, and after escaping in a lifeboat and being rescued by the British, she ended up taking a military ship to Los Angeles.

In California, she reconnected with a former teacher at her Presbyterian school in Iran, who arranged for her to enter the University of Southern California where she studied sociology as an undergraduate. She became the first Iranian student to graduate from USC. She followed this with a Masters degree in Social Work, wanting to make practical changes to people’s lives.

Over this period, Sattareh briefly married a fellow student – an Indian, studying cinematography – and had a daughter she named Mitra, born in 1948. However, he soon abandoned her and returned to India, leaving her with the child. Struggling to get an Iranian passport for her daughter, she sought the help of an oil company executive. He  employed Sattareh on a large salary, hoping to benefit from her skills and knowledge. However, after the overthrow of Mohammad Mosaddegh as leader of Iran, Sattareh was dispirited and left the company. She found work with the United Nations. She worked to develop social welfare programmes in Iraq as a consultant to the government. After 14 years of work, much of it with Iraq’s nomadic tribes, she was finally able to achieve her ambition of creating a social care system in Iran.

In 1958, she opened a small school to train social workers in Teheran, taking care that all of Iran’s minorities were represented amongst the students. She created a library of texts based on her own books and through gifts from supporters, and developed a curriculum and fieldwork for students. She required the utmost professionalism from her students so that they would gain respect and trust within the communities where they would work.

She, on the other hand, needed to work within the community of bureaucrats and politicians. Uncharacteristically blunt for an Iranian woman, she pressured a government official to visit an orphanage where the conditions were so appalling that the children had been spitefully named after animals by their carers. He was so horrified he became a staunch supporter and ally. However, many bureaucrats remained sceptical about the value of social work.

Sattareh and her trainees promoted contraception, responded to humanitarian disasters and developed the status of social work in Iran. She once met with Shah Reza Pahlavi to discuss the state of Iran’s orphanages, managing to extract a sizeable donation to her cause. However, she was concerned by the haphazard modernisation under the Shah and the growing discontent of the populace.

After visiting her daughter Mitra, who had just delivered her second grand-child, in 1976, Sattareh returned to a transformed Iran, where political unrest was reaching boiling point. The school was deserted and it became impossible to deliver any services to Iranians in need. Sattareh was particularly horrified to see a gang of extremists attempting to burn down a brothel full of disadvantaged and illiterate women. Meanwhile, her family was disintegrating, as more and more of her relatives fled to the safety of the West.

Months of rioting culminated in revolution. Sattareh continued to work until 1979, when a delegation of her own students, enflamed by radical rhetoric and their personal grievances held her at gunpoint, and forced her into a car, intending to have her executed. After an agonising delay in custody, she was confronted with a catalogue of charges including embezzlement, working for the CIA, Zionism and, most bizarrely, of improving the living standards of Iranians – and thereby delaying the revolution. However, she was released due to the intercession of an Ayatollah who was familiar with her humanitarian work. With his assistance, she obtained a passport and fled the country that had been the focus of her life’s work.

She wrote several papers on social work, as well as an autobiography which was awarded the Pulitzer Prize.