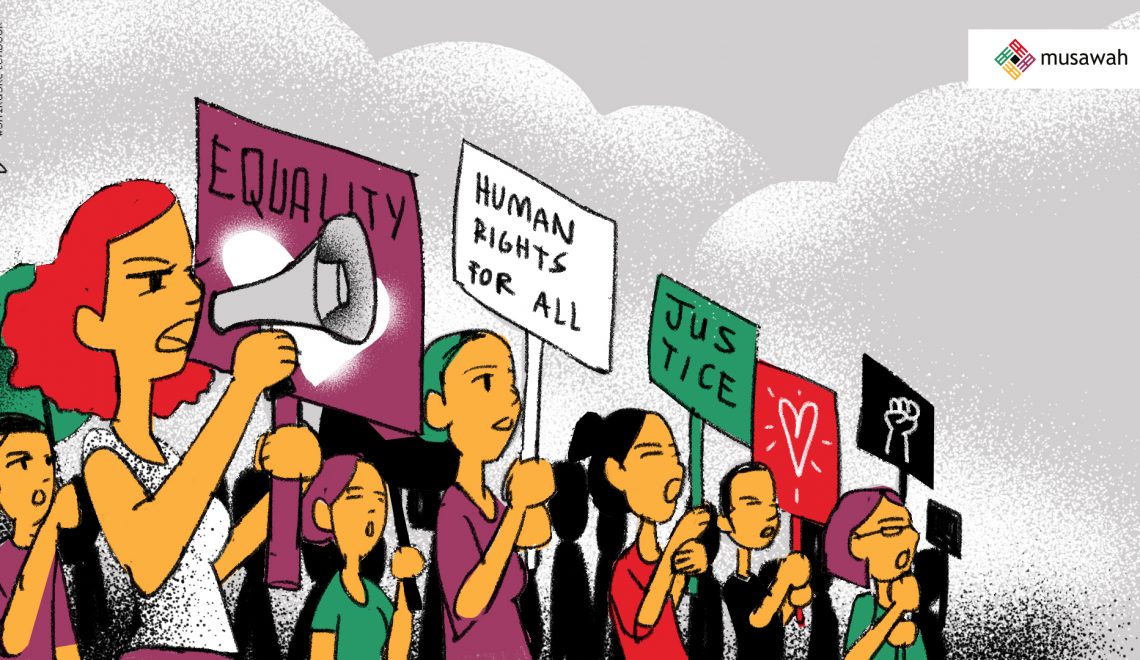 This brave and beautiful work

The discrimination against women in Muslim family law is well-established: from instant unilateral talaq divorces to polygamy, several harmful practices are often found justified by reference to Islam. Power, as always, tilts towards men. More than 45 countries have discriminatory laws and practices which work against Muslim women’s equality in the family. Since the family is the basic unit of society, these injustices ripple throughout women’s lives, hindering their access to education, paid work, and political participation.

Feminists in the Muslim world have identified the traditional family as a source of injustice for women for as long as the feminist movement has existed. Fatma Aliye Topuz wrote about the problems of arranged marriage and the need for women to be financially independent even before the beginning of the 20th Century. Despite a hundred years of feminist critiques of the family in the Muslim world, dating from when Topuz picked up her pen to the present day, Muslim family law remains one of the major stumbling blocks to women’s equality in 2020.

At a conference last week, organised by Musawah, the global movement for equality and justice in the Muslim family, activist Marwa Sharafeldin introduced women engaged in the ‘brave and beautiful work’ of dismantling discriminatory systems of family law in the Muslim world. Each of the women outlined the issues specific to their region – from the MENA to the Horn of Africa to Asia – and the steps they were taking towards freeing women from discriminatory laws. The regions included active conflict zones, such as Ethiopia and Sudan, and countries in which Muslims were a minority population, such as India and South Africa. Within the context of the coronavirus pandemic, which has led to soaring levels of violence against women and a reduced ability to network and lobby, the work they are doing has become even harder.

Nevertheless, the trajectory towards greater justice in family law via women’s activism was illustrated in two case studies. Sarah Marrso outlined the development of an egalitarian family code in the Mahgreb over the period of 2003-4, which combined legal, religious, sociological and human rights arguments to provide the most woman-friendly family law code in the Muslim world. This has become a model for successful feminist campaigning in Muslim contexts. More recently, in 2017, a congress of female Indonesian women scholars met to develop fatwas upon child marriage and domestic violence which led to an increase in the minimum age of marriage in Indonesia. The influence of women-centred and feminist interpretations of Islamic law has already had a great impact on women’s lives. Musawah predicts it will continue to do so.

Musawah’s confidence in its method and achievements to date derive from its strategic framework. Musawah draw together multiple angles of activism into a holistic approach, using all the tools available to them. It is not enough to rely on a human rights framework: as Hala AlKarib pointed out, while states on the Horn of Africa are often keen to sign up for human rights conventions such as CEDAW, they were far less willing to ensure that they are enacted into practice. It is not enough to raise awareness of the impact of unjust laws upon women: these have been in plain sight for decades upon decades with little changes forthcoming. It is not enough to seek changes through the state: women’s political power confronts the entrenched power of Islamists and conservatives, who use their own political and cultural influence to counter feminist claims. Moreover, outside the reaches of both state and international human rights bodies, there are often harmful customary practices associated with Islam which must be confronted on the ground.

Theology is a crucial tool for making gains for women in the Muslim world, argues Musawah founder Zeina Anwar, and one that women should not be afraid to use. If interpretations of Islam are left to men, then faith will always remain a tool in their hands, she believes. Currently, a decentralised media has given every patriarchal cleric a soapbox and an audience. Feminists seeking to change family laws do not only confront Islamists, who have an unyieldingly patriarchal reading of women’s roles in the family, but neo-traditionalists, who are only willing to make changes which do not threaten the established bases of male power, which includes patriarchal religious movements and institutions. Religion is not easily subtracted from family law in Muslim contexts. Challenging these conservative forces will take every tool in the box.

For anthropologist and co-founder of Musawah, Ziba Mir-Hosseini, the core of a feminist interpretation of Muslim jurisprudence lies in splitting the concept of shari’a – which she defines as eternal and divine, representing the egalitarian core of Islam – from that of fiqh, which is man-made, developed by men within their own patriarchal historical and social contexts. Equality between the sexes, she points out, was not in the picture until the feminist movement began to form at the beginning of the 20th Century. The patriarchal understandings of Islam, Mir-Hosseini suggests, can be stripped away through feminist knowledge building. Sisters in Islam, a Malaysian organisation which prefigured Musawah’s work, began as a Qur’an study group in Zeina’s house, with eight women who were determined to analyse Islamic sacred texts from a feminist perspective, challenging masculinist interpretations. This set the paradigm for Musawah’s global movement.

Besides the intellectual task of confronting and recontextualising the huge body of patriarchal law, Musawah are engaged in the practical work of building a mass movement: writing position papers and statements; coalition building; lobbying; engaging with women; collecting data. These are all mustered with one goal: to pressure governments into dealing with the power of Islamists and the legacies of patriarchal jurisprudence. ‘We need to be louder than Islamists and their version of Islam – which makes no sense for our lives today’, stated Zeina Anwar. Her ambitions are not limited to reforming Islam, but towards a campaign that critiques all family law from a feminist perspective, not just those with origins in Islamic history and traditions. ‘Nothing is more powerful than an idea whose time has come,’ she says. Power can tilt the other way, if enough women join forces to make it happen.