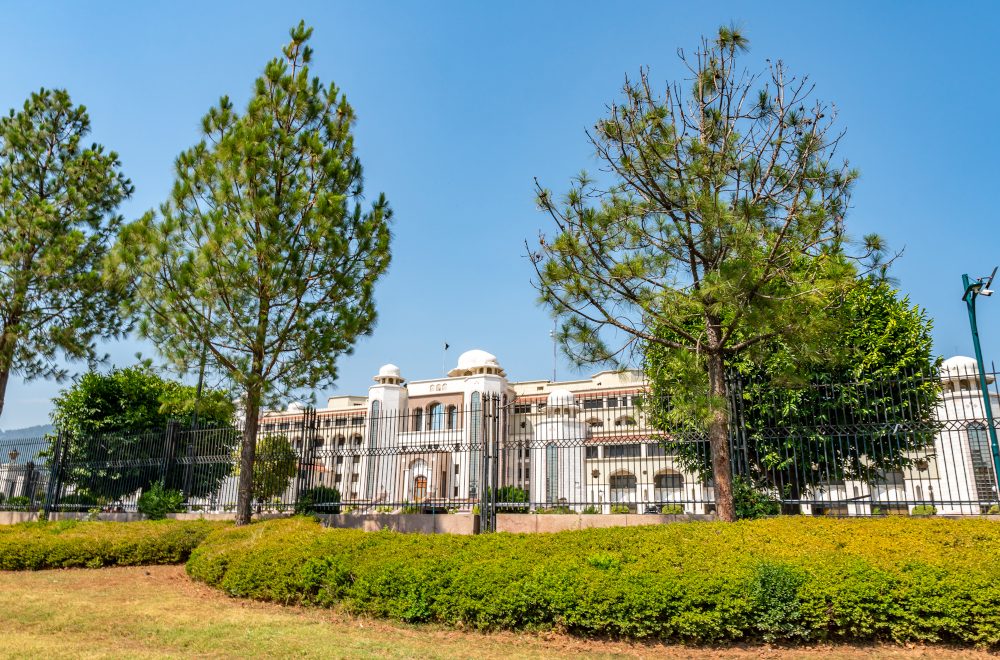 In March 2020 – i.e. six months before the gang rape of the mother of three in Karol Ghati –  Pakistan’s National Highway Authority and Frontier Works Organization proudly opened the very Motorway and Link road where it happened (link in Urdu) for the use of general public, announcing that the road network boasted modern facilities. The reality was quite different. There were zones that were unmanned, lacking in any security cover. The notorious Karol Ghati valley jungle, well known as a hideout for bandits, had been left unguarded. The breach in the only fence partitioning the Ghati and the link road was clearly visible the morning after the gang-rape incident.

The estimated time between the survivor’s first call (to assist with her car running out of fuel) to a helpline was approximately two hours: 120 minutes during which no help arrived. Another traveller heading to Sialkot noticed the survivor’s damaged car and contacted an emergency helpline. This response team did not arrive either. Later, it was claimed that the police response time was six minutes – then another claim placed it at about 28 minutes, while media journalists stated that the lag was 45 minutes. With several conflicting reports only the survivor is able to confirm the truth, provided she can recall these minute details after the trauma she has been through. It is enough to understand one thing: she was not provided any help in time. The police later stated that the motorway is approximately 1200 km in length, and that although the police are there to carry out their duties, they are under-resourced.

The motorcycle police squad (the Dolphin Force) that finally arrived were all men, despite having the basic background case information that security was needed for a mother and her children. No woman in any culture can even begin to imagine the emotional state of a gang-raped mother with her children, who then had to endure communication with a squad of Pakistani policemen with no policewoman present.

There are many grey areas in the policing of this case that are making ordinary citizens suspicious about the public institutions that claim to safeguard and protect them. Common sense (a term which has a philosophical justification and is not merely a way of starting a sentence) doesn’t give the government machinery a clean balance-sheet, especially the actors involved in answering the helplines and disseminating information about the location of the white Honda Civic. The arrival of a mysterious truck behind the survivor’s car as she waited, and the sudden emergence of the attackers with weapons and batons as if fully prepared, along with a guaranteed a time frame for the assault between her call for help and any response; the 1000 Rupee note that was left in the glove box of the car – the exact payment for the fuel which the survivor had been asked for  on the helpline – and finally the information that the rapists were picked up by motorcycles on the way back; all these details raise a big question mark about the relationship between citizen welfare and Pakistan’s security apparatus.

The primary assaulter, Abid Ali Malhi, initially escaped, but the co-rapist Shafqat was arrested and since then has been held in police custody. The questions about Abid Ali Malhi’s immediate escape are numerous and have no persuasive answers. The police raided a dera (lodging) in the fields where Abid was hiding but failed to arrest him. On another occasion, Abid’s sister-in-law informed police about his hideout in a park but they failed to arrest him again. On October 12, 2020, Pakistani media announced that finally Abid had been arrested at Maanga Mandi after 70 raid operations spread over 33 days. The Chief Minister announced a five million rupee reward for the police. Notwithstanding, it is pertinent to mention that this vile man was/is a repeated offender with police files on him dating back to 2013. Nevertheless the authorities took an inordinate amount of time to find him. It certainly tells us something about the state of law enforcement, crime prevention and justice in Pakistan. Abid, a repeat sex offender, had been moving around freely all this time. A majority of crimes are committed by the minority of repeat offenders and this makes it important for Pakistan to look into its governance failures. There is a greater chance for Abid Ali Malhi to commit another rape than for another man who has not raped. Why was the surveillance on him so poor? How many Abids and Shafqats are moving around freely in Pakistan’s market areas and roadsides, waiting to attack their next victim? A sex offender register which is accessible to the general public is central to a successful rape prevention strategy and the recently approved-in-principle Government Ordinances in this regard are a step in the right direction. No one wants to be brutalized only to find out later that the assaulter was a repeated sex offender and that the police and the courts had allowed him to move freely and endanger other citizens.

And finally, when a top cop appoints himself ‘Father of the Women of Pakistan’, the whole ‘official’ affair becomes very uncomfortable to watch. Umar Sheikh, the Lahore Capital City Police Officer (CCPO), was the first to give a statement that trivialized the brave motorway mom over her travel plan. If summarized basically, Umar argued that everything that the survivor had chosen that night for was wrong, be it her choice of route, time, travel companions (her children), and her assessment of the fuel gauge. Immediately the CCPO faced a backlash in the media. Before his words could reverberate, they were muzzled. Both the political and executive machinery distanced itself from Sheikh’s statements. They asked him to issue a formal apology, and he did. For me, Umar Sheikh is guilty of speaking his mind (and that of a society he represents), whereas those who accused him might be more politically correct than authentic. Their position might be very different if we were to modify the profile of the survivor: if she were unmarried instead of married, and without children instead of with children. The majority might echo Sheikh’s statement when they would otherwise consider it a disgrace to his uniform.

Although everyone seems to have an interest in the nature of punishment for the rapists, it is more important to consider the role of the federal and provincial government agencies, and to question the role and performance of the state apparatus. This is more significant than reprisals in terms of introducing, modifying or addressing broad social and structural conditions that may immediately and in the longer-run facilitate crime prevention, and provide safety to women, children and the vulnerable in Pakistani society.

In any country, just as in Pakistan, the criminal justice system largely depends on four elements: law enforcement agencies i.e. the police and prosecution; courts that adjudicate and sentence; the penal system and corrective institutions (i.e. jails and reformatories); and, crime prevention. Pakistan’s record on crime prevention is not good. Unfortunately the trend is not to prevent crime, but to prevent crime reporting and registration.

Law enforcement and courts are the result of systemic approaches and attitudes. Similarly, the ways in which we prosecute, protect, and attribute persecution are not separate from but part of a broader picture of social and public policies and the economy; in Pakistan’s case its feudal economy and the resulting non-egalitarian society.

Had Abid and Shafqat been from among the upper echelons of society, what would be the chances of the police organizing raids on their property? Pakistanis know that abductions of women, rape, slavery, forced marriage and other crimes against women are routine occurrences in the country. While conducting research in Ranipur, Daraza Sharif and Pir jo Goth I was informed by the local community that any landless farmer and/or shrine disciple could be summoned and ordered to divorce their wife if any man from the landed religious aristocracy wanted her for himself. Mostly the farmers had no choice but to follow orders – or be murdered. How many times have law enforcement agencies taken action against the powerful in the name of women’s rights and women’s protection? I’m adding depth to my analysis with no intention to exculpate Shafqat and Abid. No. Not at all. But I do intend to focus on the extent to which the Pakistani state apparatus is genuinely committed to the cause of women’s rights and protection. It appears that they play an important role in ignoring abusive power structures that exist in our society.

Again, the state apparatus is not the only institution at fault. Pakistani society is no less rife with contradictory attitudes and responses. For example, how seriously should the intention to condemn sexual violence against the Karol assault survivor be taken, when the same people refuse to even recognize sexual violence against women in many other situations? For a majority of Pakistani Muslims (men and women both) the notion of marital rape is incomprehensible and a western import. Given the presence of social divisions based on caste, class, ethnicity, sect and gender, along with institutional barriers, such as those existing between rape victims and justice, and women and security more generally, it is unsurprising that power structures continue to target only a certain class of people, and that the culture of victim-blaming remains largely in place unless the victim manages to fit the very narrow criteria of respectability.