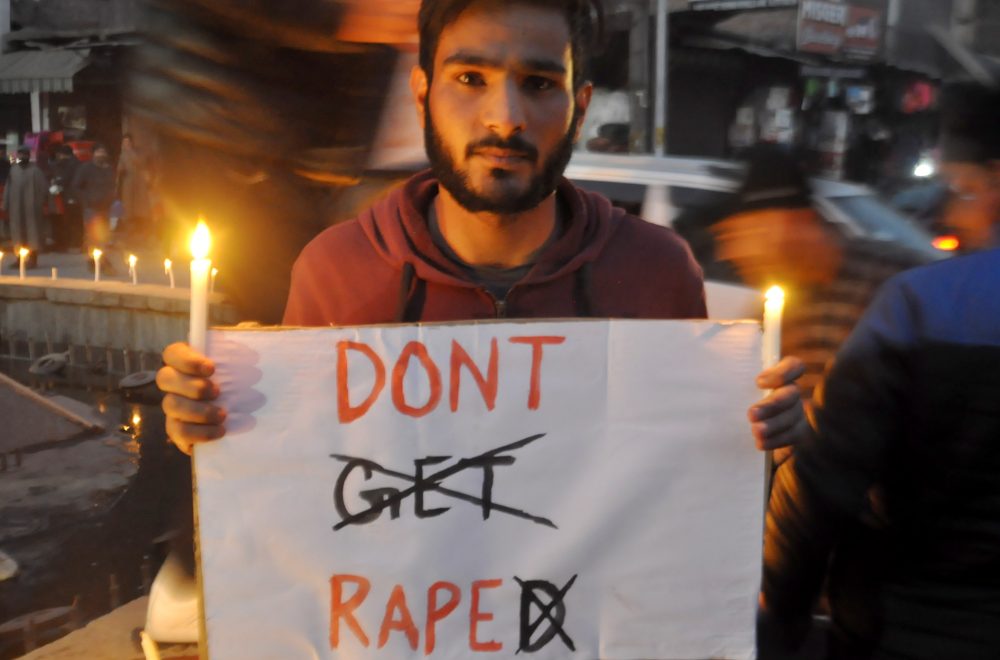 The successes and failures of women’s rights activism have become all too apparent after the Karol Ghati jungle gang rape of 9th September 2020.

Rape, and the physical, psychological and emotional trauma that comes with it, is bound to give rise to a deep sense of all-consuming loss in a survivor. For a very long time, Pakistani society has aggravated the agony of such survivors either by silencing the victim on grounds that rape is a ‘taboo’ subject or by placing the survivor as a cause of scandal, and using rape as a stigma against her.

Gradually, the public response to rape has become more responsible, and now Pakistan is willing to mention and discuss rape. The reporting and discussion of the Karol Ghati case clearly shows that the stigma has shifted from the victim/survivor to the rapists. In the case of Motorway Mom, the public and media outcry was shrill enough to instil fear in Waqar ul Hasan, one of the suspects linked to the ringleader Abid, to the point that he surrendered to the police. The rapists, relying upon the Pakistani culture of silence and shame, had not expected the survivor or the police to talk about the incident. They had assumed that the survivor would not speak about the assault due to the shame and stigma associated with it. Nor did the rapists expect that their profiles would be displayed in the media within a few hours and that the Prime Minister, Governor and Chief Minister as well as several senior police officials would be spurred into action. Culture is not static; it is always in transition, in response to internal and external stimuli. Pakistan’s response to rape as a crime has matured but the country had to become aware of the sexual assault of a mother of three, as well as the abuse of several minor boys and girls, to wake up to the brutality of sexual crime.

Over time rape survivors such as Mukhtaran Mai have played their part in indicating and condemning the oppression that Pakistani women face. After a lengthy legal battle – already an extraordinary act for any survivor – in 2011 five of the six men charged with raping Mai were acquitted because of lack of evidence (Mukhtaran Mai talks about this in Urdu here: between 3.30- 3.47 & 6.00 – 8.40)

In the meantime, women’s rights activism has focused more on controversial ideas and less on concrete substantive issues. For example, soon after the Karol incident, Prime Minister Imran Khan announced that a database of sex offenders would be established. Over the past several years, how many times have the government been pressurized by civil society groups to create a sex offender registry? Our collective action for women’s rights, mostly emerging as the Aurat March, has missed out on important messages such as: Tahaffaz dilao Sex Offender Registry banao and Mera adalat say sawal – Mukhtaran Mai kay rapist kyun hain azaad? (meaning ‘ensure security through creating a sex offender registry’ and ‘my question for the court – why are Mukhatan Mai’s rapists free?’)

The confusion regarding the feminists’ love-hate relationship with biological determinism is also too visible. Posters that appeared with messages such as sambhaal nahi saktay tou kaat dou (if you cannot control yourself then cut it off) and even those with drawings of male genitals with messages such as kaat dou, maar dou (cut and kill). For women and men arguing for women’s rights, particularly gender equality and gender equity in the workplace and across professions it becomes crucial to stay clear of all essentializing perspectives such as biological determinism. However, protestors in the Karol Ghati gang rape response demanded castration. ow that the PM and his cabinet have approved chemical castration as punishment for rapists in principle, it is important that civil society reminds itself to continue defending human rights and not just women’s right. Laws in Pakistan can be misused, though not always.

The media was responsible enough to keep the identity of the survivor a well-guarded secret. Also, with a few exceptions, the trend of reporting generally focused on the rapists rather than on the survivor. There has been a lot of coverage of what the police were doing and how. The media personnel have been very factual and unsensational in reporting on this incident. News anchor/journalist Fareeha Idrees has done some very responsible reporting in this regard.

I also appreciate Pakistani police’s Umar Sheikh (who is otherwise too easy to condemn) for being honest. Individuals like him at least demonstrate how to avoid becoming the most detestable creature in town. The formal government back-tracking on victim-blaming in Pakistan gives civil society activists and feminists a reason to take a sigh of relief. But victim-blaming must not be hushed up episodically (as  happened in Karol Ghati case) – instead it needs to be declared entirely unacceptable in all its forms, as well as becoming a legal offence, in order to change the gendered landscape of sexual violence in Pakistan.