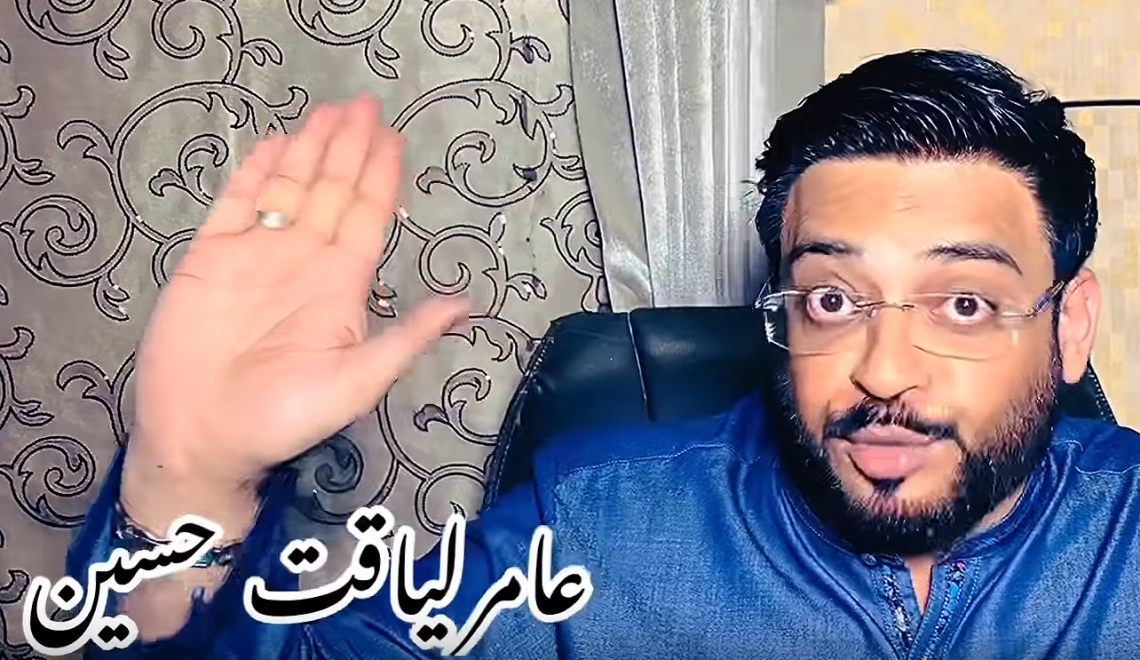 On International Women’s Day, Hum Aurtain (We, the Women), a collective, activism-oriented initiative organized the Aurat March in Pakistan. Activists carried placards on critical issues such as ‘honour’ killings and forced marriages. Others carried simple, yet thought-provoking ones with phrases such as, ‘Congratulations – it’s a daughter!’, ‘Man of Quality Not Afraid of Equality’; ‘Feminism is for Boys too’ and more. A few activists walked with a coffin marked ‘domestic violence.’ Marchers wearing face masks of Qandeel Baluch and Sabeen Mahmud gathered nearby: one murdered in the name of honour; the other for free speech.

These messages were not controversial enough to make it to social media and local TV channels. Here, the focus shifted from these valid positions to placards that displayed relatively unusual and somewhat controversial messages, such as, ‘I am not a lollipop – I am a woman’; ‘Will warm up food – (you) warm up the bed yourself’; ‘Anything you can do – I can do BLEEDING’; ‘Tired of Dicktatorship’ (etc.). Provoked by such messages sections within media and society decidedly invested their energies mainly towards achieving three objectives: trivializing feminism, stigmatising feminists and activist women, and deepening antagonism between the sexes. These controversial placards went viral on social media. TV anchors announced nervously that Pakistan’s media regulatory authorities and censorship laws prevented them from showing these very objectionable messages on TV. This further sensationalized Aurat March 2019 within the imagination of the average, uneducated Pakistani viewer. Participants and activists were quickly categorized as protestors. Questions were raised about their funding sources and ‘hidden agendas.’  A ferocious, howling backlash from publicity-seeking pundits and the public itself was mounting.

Neelam Hussain offers a credible defence of Aurat March 2019. She reminds us that feminist activism in Pakistan has always been stigmatised, and that women’s rights defenders have tolerated abusive language towards them since the 1980s. Other important issues that she raised focus on symbolic power and use of language, gender-based entitlements and privileges, and evidence that confirms that violence against women unfolds out of apparently mundane and routine activities – such as the shape of chapati served at dinner.

I want to emphasize the need for Pakistanis to recognize that women are located in a male-dominated world which is filled with patriarchal institutions. Women’s views are not represented. There are concerns around women’s right to express their views, grievances and sentiments etc. It is important to recognize that the site of resistance only exists upon pre-existing sites of domination. The Aurat March placards that went viral lead one to conclude that women continue to suffer at the household, community, and market level – and at a physical level. For example, menstruation, a very basic biological function, is taxed under capital markets. Pakistani women are perpetually trapped in a cycle of sexual objectification, sexual typification and sexual harassment.

Placards with messages for political and executive reforms were fewer. This suggests that the governance machinery is not as oppressive as it once was (for example, during Zia’s regime) and that the formal governance structures and mechanisms are neither inert nor dismissive of women’s emancipation and empowerment. This is likely to be due to several federal and provincial legislative and legal measures which have been undertaken gradually over the past two decades. All of the political administrations – PML (N), Gen. Musharraf, PPP, and now PTI – have taken steps in the right direction. Shahid Khaqan Abbasi of PML (N) did not make any attempts to disperse the hundreds and hundreds of women who had gathered in a counter-culture feminist move to offer funeral prayers to Asma Jahangir in open public space, side by side to men in February 2018. Nor did PM Imran Khan, despite the First Lady’s preference for ultra-traditional Islamic attire, sabotage the Aurat March 2019. None of his administrators in the executive apparatus (particularly the Police Force) took any action against those who marched.

The inclusion of women in political decision-making, as well as the formalisation of government commissions, departments and ministries to safeguard and protect women’s rights agenda, are beginning to show results. At the very least, they make it difficult for the State and governments to adopt anti-women postures – an impediment that pioneering members of the feminist movement in Pakistan (such as the WAF) encountered. To summarize the problem: the primary sites of male domination are families, households, communities and capitalist markets and the informal socio-economic and political power structures. Therefore it is very disturbing to see Pakistani TV Channels, local social media and intellectuals blacklisting and tarnishing Aurat March 2019 and/or abusing women’s resistance to domination.

Feminism has had a troubled history with the media until recently, when women have taken the initiative to literally invest and create platforms that amplify feminist standpoints and women’s voices (sister-hood is a case in point). It is not just feminists, but also scholars such as Kierkegaard and Habermas, who have argued against considering media as form of civil society. Media has been critiqued on the grounds that it has objectified and oppressed women around the globe. The media is geared towards creating sensationalism and biased reporting, aimed at achieving high ratings and economic success. Pakistani TV Channels and local social media convert viewers into consumers, unwilling to think critically or intellectually.

Dr. Aamir Liaquat Husain, a member of the National Assembly, Member Advisory Council of the PTI , KHI and prominent media personality and former Minister of Religious Affairs in Pakistan, has expressed his reservations on Aurat March in his personal capacity through his YouTube channel. He has the same right as anybody else to express his views. Notwithstanding, due to his political and social influence it is important to analyse his comments for evidence of prejudice and bias against certain sections of society (such as Pakistani women who do not wear a dupatta, or those working in civil society sector, or divorced women, or quite simply those who are born affluent), and judge his conclusions upon that basis.

Above all, Mr. Husain is particularly disturbed that Aurat March 2019 is tarnishing Pakistan’s image on a global stage. His comments on this can be placed within the larger academic debate that exists on gender nationalism, women and body politics – a segment of which I have addressed in a series of articles in connection with the digital harassment of Pakistan’s young female artists (Part 1, Part 2 and Part 3 here) .

Here is some food for thought for Mr. Husain: Jacinda Ardern did not need to be married and have a child strictly within marriage in order to be ‘human’ i.e. compassionate, sympathetic, and empathetic towards Muslims. I am not rejecting the institution of marriage. I am just illustrating to Mr. Husain (and likeminded Muslim men and women) that a person’s dress code, employment, and, for that matter, even their religious beliefs are not a yardstick by which their level of humanity can be measured. An urbanized Pakistani woman activist in jeans (and no dupatta) holding placards in solidarity with underprivileged women should not be viewed as a form of contradiction or hypocrisy – but a manifestation of sisterhood across socio-economic and political divides. Mr. Husain repeatedly challenges the privileged women of Aurat March 2019, sarcastically questioning their competence to speak, or stand for, underprivileged women.

Mr. Husain has implicitly questioned the validity of sisterhood and solidarity between women in Pakistan. I am not aware of any similar condemnation of brother-hood (bhai-chara) on Mr. Hussain’s YouTube channel.

Why is women’s solidarity – i.e. women reaching out to each other across all socio-political and economic/class divides – so threatening to men? Together, women can question patriarchal dictates. This upsets a regime in which men get to enjoy privileges and entitlements – such as keeping co-wives, or if not, oppressing the one wife that they do have. To allow such a power structure to operate at the household level and keep women enslaved and hopeless it is crucial to keep other women away. Men create divisions; eliminate sisterhood and rule with ease

Pakistan’s oppressors fear educated, socially-aware women’s capacity to inspire uneducated women. I state  this based on several years of research experiences in grassroots communities all over Pakistan, from deep into the deserts of Tharparkar in the South and right up to the mountains in the North.  Mr. Husain  would be disappointed to learn that many (I repeat, many) Pakistani women and men born in privileged sections of society such as myself regularly stay with the marginalized and disadvantaged sections of society for reasons such as welfare and development activities or ethnographic research . We have stood in local public transport in Johi and Loralai, slept in flooded areas of Thatta, Badin, Toba Tek Singh and Jhang, survived mosquito attacks in all night power outages across rural Pakistan, and hungered under severe drought conditions in Mithi and Sibi. We have survived disease and dehydration and other hardships. One of the major field area findings has almost always been: when educated women approach uneducated women, men insinuate their way in and try dominating the conversations.

I want to inform Mr Husain – and the other men and women who think like him – that a professional woman from Islamabad with a pixie-cut, dressed in jeans, and a sleeveless tank top has every right to defend another woman; be she veiled, a slum dweller and unlettered, whether he likes it or not. Similarly a veiled village woman has every right to support Meesha Shafi and/or Malala Yousafzai, or to grieve the loss of Sabeen Mahmud who was silenced for unsilencing Baluchistan. Perhaps Mr. Husain can turn his attention to the ‘brotherhood.’

Traditionally, men have reserved the privilege of claiming universal and progressive values for themselves, constraining women to a stagnant pool of defensive thought processes. It is important for Pakistani women to challenge this arrangement and claim a more global identity. Notwithstanding, this has to be achieved strategically. Aurat March 2019 made it clear that Pakistani women can make a claim to a more globalized identity which had previously been the prerogative of Pakistani men. We can also observe with interest that amongst those made nervous by this are ordinary men, private media and You Tubers – but not the state and government institutions.

This is reason enough to support Aurat March 2019 – whilst hoping for tangible strategic improvements for Khwateen March 2020.