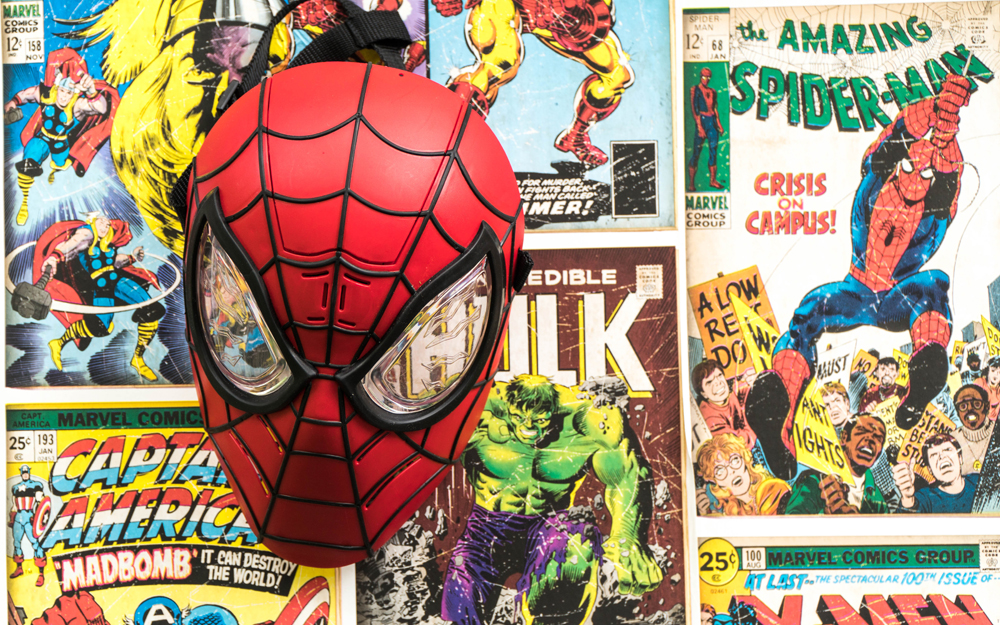 British actress Zoha Rahman has landed a part in Marvel’s summer blockbuster, Spider-Man: Far from Home making her the first hijabi character to feature in the Marvel Comic universe. In this exclusive interview we spoke to Zoha about her groundbreaking role and the importance of representation.

Congratulations on being cast in Far From Home as the first hijabi character in the Marvel Cinematic Universe. Do you feel this kind of representation is important?

Thank you so much! Absolutely! Mainstream media provides a narrative of morals, values and social expectations that we grow up with. So if we keep seeing caricatures of ourselves and irresponsible portrayals of our cultures, we will grow to distance ourselves from our truth out of fear of being ridiculed. We are South Asian, but we’re not that taxi driver or terrorist kind of South Asian you see in movies. We don’t have that terrible Indian accent from television shows – but we know all of these stereotypes pop up in people’s minds when they see us.  So a Muslim girl seeing herself in a Marvel movie means that her identity as a normal teenager is validated, that she is an important part of her community, and that nothing about how she looks is ‘other’. We must have that representation for everyone.

Can you tell us a bit more about your character in Spider-Man: Far from Home?

All I can say is that I am Peter Parker’s friend and that we are on a European school trip. The rest you’ll have to find out on July 2nd in the cinemas!

How were you picked for this role?

Just like any other role, my agents at BAME Models/Management reached out to the casting directors. The casting directors liked me, so they invited me to audition. I actually had no idea what I was auditioning for until after I had signed a secrecy contract. I was given the audition script just five minutes before I had to perform it for camera! Thankfully they liked my audition. They then asked me if I was happy to wear a hijab for the role. I said yes, and even sent them selfies in my mother’s scarf! Next thing I knew I was working on a Marvel movie!

Do you remember the moment when you first learned you got the part?

I was at a train station. When I got the call from production I just slid to the floor in disbelief and shock and excitement and gratitude. An overdose of emotions!

What was it like on the first day you turned up to set for filming? Were you nervous?

I don’t think I slept the night before! At first I thought I had a role as an extra where I was just in one scene saying one line, but when I signed the paperwork a day before our first day on set, I realised that I was in quite a bit of the movie and that I would be filming for months. That got me really nervous. But I kept my cool, I knew I had to be professional and that’s exactly what I did.

Were you familiar with the Marvel universe before you were cast? Do you have any particular favourites from that franchise?

Huge fan! Especially Spider-man. I grew up watching the Toby McGuire movies and I’ve seen every Marvel movie in the cinema. My husband and I just finished phase two of our MCU marathon. So, yes, I’m an absolute fangirl. It’s SUCH a difficult question to choose a favourite! I adore the Iron Man movies, but watching Endgame was a whole experience. It exceeded all my expectations so that has to be my new favourite.

What was it like working alongside Tom Holland, Jake Gyllenhaal and Zendaya?

A movie set is a super professional environment. Everything is very fast paced. We all became friends so quickly, through spending all day together, getting hair and makeup done, having lunch, playing games, and shooting scenes. Everyone was so friendly and so nice. It was amazing for me to be able to see them work and learn from their experience.

Do you have any other projects lined up you can tell us about?

I have started work on a movie and there’s a few other projects in the pipeline. I’m actually trying to write some of my own stuff, because I don’t see enough of the kind of media I would like to act in out there.

You decided to make a switch from studying law to become a full-time actress and model. What was it that drew you towards this change?

I am a creative spirit. I always had one foot in the arts and the other in academics. I modelled and acted part time while at university; I performed and wrote multiple plays at school, and I had a very wild imagination when I was a child. So I had always been drawn to the arts, but the lack of representation of people like me on screens while I was growing up meant that I never believed I could be successful enough for it to become a sustainable career, so I never tried before.

Has your family been supportive?

This has been a journey of growth and understanding for us all. Like many South Asian parents, my mother and father were very against it when I first proposed it up as a professional path. They wanted me to focus on studying and get a traditional, secure job. I used to hide my work from them, but over time I had been working so hard and with so much perseverance they realised that I was taking it seriously and it was not just a hobby. Now they proudly show off my work to their friends and stock up on magazines that feature me!

Mindy Kaling, Riz Ahmed and Lilly Singh. I see myself in them: they got their fair share of the stereotypical life and worked their way up to dominate global media industries not just through their acting, but their own writing and productions as well. They are incredibly talented individuals and I hope I can be like them one day.

What is your advice to young women of Muslim heritage who are interested in the performing arts?

We need you. That is what I would say. We need your ideas, your narratives, your writing, your performances. Without you, there will never be true representation. So if you have a dream, work towards it. It may not be easy – believe me I know – to be taken seriously when the rest of the community’s expectations are so different, but start doing it for yourself and see where it takes you. Together, we can show the world our magnificent kaleidoscope of tales.

Spider-Man: Far from Home from home is released in cinemas on July 2nd.