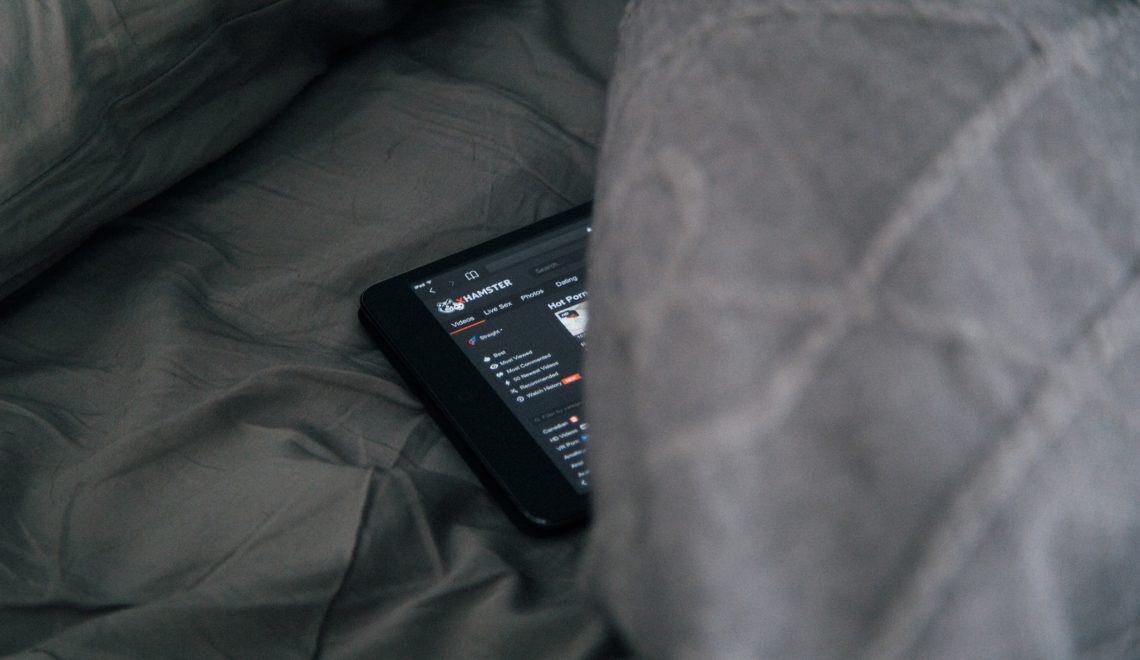 He told me it was ‘the lesser of two evils. At least I’m not sleeping around with other women or chasing a second wife.’ I agreed. I knew at the point of marriage that my husband watched pornography. I didn’t think much of it. I thought it was a now and again thing, once in a blue moon. I never knew the dangers it carried. The slow deadly poison it would spread on my marriage.

Our marriage was an unusual one. We didn’t have any support from our parents. They never accepted our union. My husband and I became everything to one another: we were best friends and very much in love. We supported each other and met each other’s needs in all ways. But things began to change. I first realised the porn was a regular habit after our first child was born. I would open the computer to find pop-ups of large-breasted naked women. I would see a few seconds of a clip where a perfect sized blonde woman was performing oral acts on a man and other such things. How did I feel? Ugly. Useless. Inferior. Old. Wrinkly. Motherly.

I opened up all the links and left them to play on his computer. When he walked into the room he was shocked, to say the least. He didn’t deny anything. He apologised and said he wouldn’t do it again. He hugged me, and told me I was beautiful and how much he loved me. He told me he did it because he didn’t want to inconvenience me when I was tired from looking after our child. I believed him.

His kind words lasted a short while. The sex was still the same though. Aggressive at times, sex on demand, being called a ‘slut’, hearing him whisper ‘I want to f*ck you b*tch’ with no foreplay. I would lie back and allow it to happen. I would try to smile and enjoy it. I would try so hard to be a ‘good wife’. When I told him I was too tired, he told me that the angels would curse me. So I endeavoured to smile and relax so it wouldn’t be painful. Inevitably, I began to switch off. I didn’t realise it at the time because I was too busy trying to give him his rights and please him in all ways. But the scarring of seeing ‘teen porn’ sites was too much, the foul language, the ‘drop your pants… I’m done… what shall we eat?’ routine, the lack of intimacy: they all shaped the destruction of our relationship.

He wasn’t nasty about it, well not most of the time. During arguments he would criticize my appearance, my face and my body. His attitude towards me was very blasé. How could I expect anything better? Having my first child had changed me too. I was tired and felt very unattractive. I had severe stretch marks and my body shape had changed. I have always been petite, and I was even more so in comparison to porn models, so my confidence was low. I became an ‘in the dark only’ person. Even on our good days I still wouldn’t like him to even look at me. I would hide my face. I would always keep a top on to hide the stretchmarks.

I was vulnerable in my own marriage.  I was allowing this to happen.

As for him, his pornography addiction dragged him away from his prayers. That very single factor affected his life. He didn’t pray so he stayed away from good people. He didn’t want their virtues to make him feel bad or guilty about himself. He secluded himself from family and friends because he wasn’t working either. His pornography became a comfort to him, a way to relax and fall asleep. Unwind.

My ‘submissive’ attitude only worsened the situation. If I had had the strength to stop him, get him to seek help by counselling, put extra security on devices, speak to an imam, his parents or family, then perhaps I could have changed things. We are no longer married. He says he hasn’t watched pornography for ten months, ever since I got a khula divorce from him.

I believe that any man that is so deeply into pornography is using it as an escape from their own inferiority complex. They are hiding in their subconscious feelings some underlying issue which they are not addressing, whether it is work, family problems, growing up in a dysfunctional household, or witnessing different types of abuse from their father. There is a lack of knowledge of religion and this leads to viewing women as objects with no value, who are unworthy of respect, or they simply have an over active sex drive driven from exposure to pornography at a young age. I see pornography as an addiction like alcohol: it may feel good at the time but it spreads through your marriage like poison.