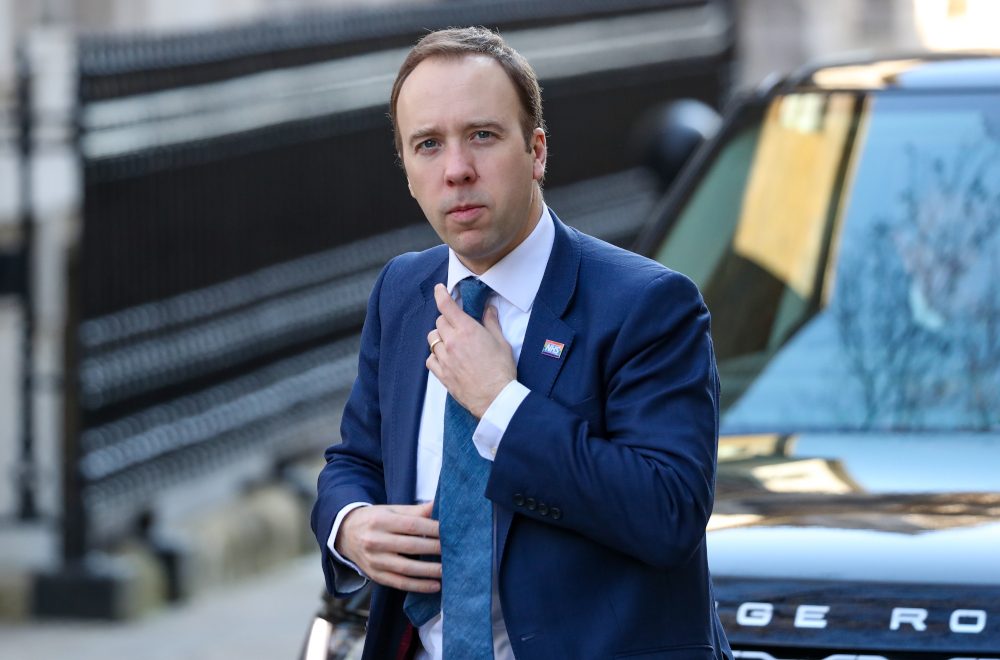 A couple of days ago in Parliament, Rosena Allin-Khan, the newly appointed Shadow Minister for Mental Health, was told by Matt Hancock, Health Secretary, to ‘watch her tone’. It happened on the day that UK deaths from COVID-19 surpassed those of all other European countries. Many British people are angry about the way the government has handled (or mishandled) the most devastating crisis to affect humanity this century. We applaud our NHS frontline staff every Thursday evening. We show our appreciation for their work all over the country. Our gratitude cannot be measured. So when a Member of Parliament, who is herself on the frontline of the NHS, addressed the Secretary of State for Health, why was her ’tone’ seen as discourteous? She was measured, calm and articulate, speaking on behalf of frontline NHS staff and carers. After all, she has frontline experience as a doctor. She is currently working in the NHS alongside her role as a member of the Shadow Cabinet and an MP. So what did Mr Hancock object to? She happens to be a woman of colour who is competent, articulate and – most importantly – challenging a man in power. Ah, there you have it!

Some men feel that they have the right to police women’s interactions in their professional lives and in the public sphere. They believe, as Matt Hancock did, that it is their absolute right to control women and they have the brass neck to do so openly. Women are then made to feel inadequate through being treated like the ‘other’. Men like Hancock marginalised us and put us down in the hope that we will keep quiet and behave (whatever that is supposed to mean!)

Watching the clip circulating on social media struck a painful nerve. Many people have sent support and solidarity to Dr Allin-Khan, highlighting the encounter as an example of everyday sexism, which it absolutely is. However, intersectionality makes this a double whammy. As a BAME woman, you have to be doubly careful – you’re supposed to watch your place, stay in line and keep your head down. Basically we are expected to keep quiet and not rock the boat! Of course, many women are patronised by their male peers, particularly if they are intelligent and opinionated. However, if you’ve got that ‘funny tinge’ then you really need to watch yourself!

How many of us have thought twice about challenging people in power, and about speaking out when we see something is wrong? Often, a white woman will be allowed to have her opinion heard above ours. When it comes to the rungs on the power ladder, women of colour are still at the bottom. We have many rungs to climb before we are seen as equals.

Submission and compliance is expected of us. If we dare to confront, speak out or challenge those in power it makes certain parties (male and female) uncomfortable. They say they don’t like our ‘tone’. How can we know more than them? How can we have the audacity to express ourselves openly? It doesn’t sit well with the stereotype of passive and submissive Asian women, so our ‘tone     ’ even though it may be intelligent, articulate, calm and measured, goes against their perceived natural order. It’s a challenge women like Rosena Allin-Khan and many other women, including myself, face in our daily lives, both personally and professionally. We are used to these microaggressions. We navigate our way through them every day, every one of them hurting us, chipping away at us, making us retreat into ourselves out of exhaustion. It affects our confidence, our self-esteem and often our mental health too.

And so we have a Hobson’s choice – express our opinions, speak out against injustice, speak the truth to ‘power’ and be accused of having the wrong ‘tone’ – or keep schtum, keep the peace and let those who feel they have the inalienable right to power carry on in their vacuum of privilege.

Rosena Allin-Khan is doing her job. She is doing it particularly well. She has the background and expertise to make her statements even more salient and relevant. And so, she put a man on the defensive. The look of contempt in Matt Hancock’s eyes at that point was evident. His instinct was to attack. She has said she doesn’t expect an apology. Instead, she has received a mass of support, quite rightly, for being treated with such condescension. She said she will continue to be the voice of frontline health workers using the privilege as an MP to raise important issues. Meanwhile, Matt Hancock, and all those other men who find a clever, intelligent, confident, opinionated woman challenging, need to mind their patriarchal tone.

I’m a proud Mancunian born and bred. My parents were that brave generation who came from Pakistan to the UK in the early 60’s.I’ve been a teacher all my career, and have taught 4 year olds to 74 year olds! I’m currently teaching ESOL (English to speakers of Other Languages) in Wolverhampton for a Refugee and Migrant charity. I love teaching ESOL students and am also passionate about social justice and equality. I spend my downtime singing in a performance choir and writing in my head!