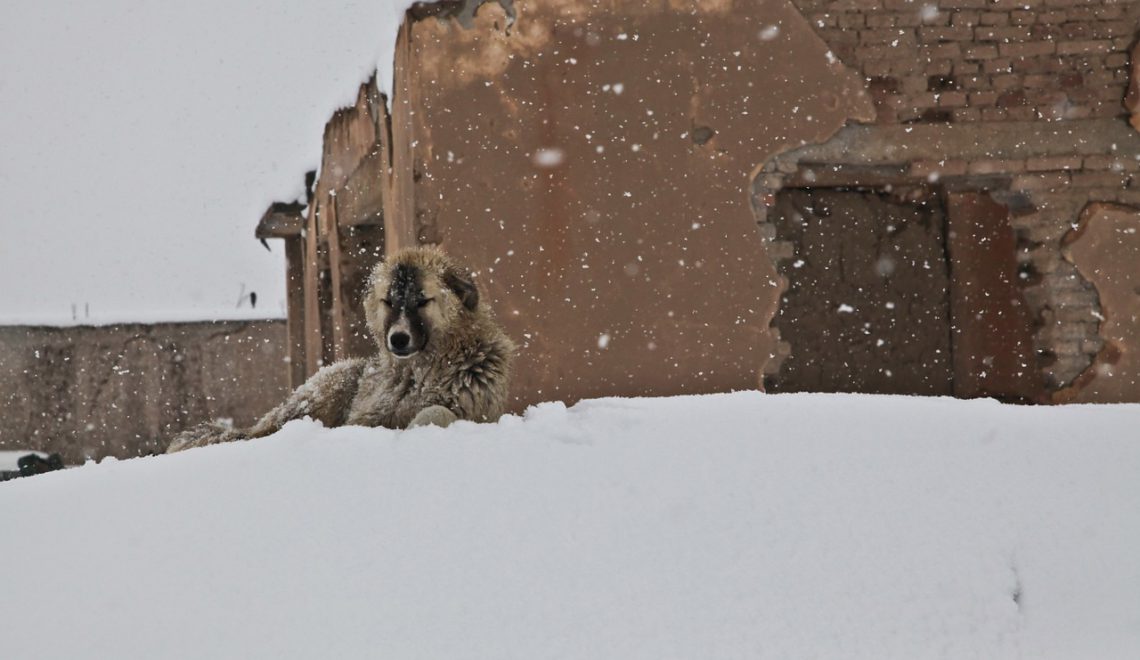 “I had to eat with the dogs”

Historically, Afghan women have endured a sustained system of male domination that has objectified and oppressed them. This oppression is deeply rooted in Afghan culture. It penetrates every aspect of the everyday lives of Afghan women. One of the most recent cases of this oppression is the story of Feroza.

“I ate with a dog in the same place. On the first few days I was afraid of dogs but gradually we got used to each other. Now I can’t eat with humans any more”.

Feroza is a victim of domestic violence from her husband and his family in an Eastern part of Afghanistan. Feroza was only three years old when her family arranged her engagement to a boy. When she turned 14 years old she was married to him. Whether she consented to that marriage or not was not important – what was important was for her to take full responsibility for this choice, and all its consequences, which were never truly hers to begin with.

Now, 17 years old, with a loose and bony body, she is no longer able to stand or walk. Her tongue is heavy in her mouth. Many of her words are hard to understand. Firoza says: ‘My in-laws forced me out of the house every night. They did not give me food. I was given food from the trash and had to eat it with the dogs’.

Feroza was not allowed to go anywhere, including her parents’ house. She was not allowed to take a shower or to wear clean clothes. Throughout the three years she was beaten and tortured by her husband and his family. She has gone through two surgeries due to injuries resulting from physical torture and beatings from her husband. She attempted to commit suicide several times.

Her case is now in process at a primary court in Herat. According to the Department of Women’s Affairs in Herat, Badghis, Farah and Ghor, more than 600 cases of battery, forced marriage, rape, murder and psychological violence against women were registered by police departments and legal institutions in the region. The Prosecution Office for cases of Violence Against Women announced this year that it had registered more than 2,400 cases of violence against women during the outgoing year (Hijri Shamsi calendar). Of these cases 1375 were recorded in Kabul, 125 in Balkh, 250 in Herat, 116 in Nangarhar, 17 in Logar, 80 in Kapisa, 28 in Samangan, 31 in Bamyan, 37 in Jawzjan provinces and the remaining incidents happened in Ghor, Panjsher, Sar-i-Pul, Maidan Wardak, Paktia, Nimroz, Farah, Parwan and Badakhshan provinces.

In a traditional, male-dominated society, such as Afghanistan, men justify gender-based violence. It is considered socially acceptable. A joint survey, conducted recently by the Swedish Committee for Afghanistan (SCA) in collaboration with the Afghanistan Research and Evaluation Unit (AREU), indicated that a majority of respondents agreed that gender-based violence, although not right, is justifiable when women resist men’s decisions: that is to say, it is considered justified to commit violence against a woman who attempts to employ her agency.

Meanwhile, Afghan women generally keep their experiences of domestic violence to themselves and do not disclose what they experience at the hands of their husbands, mothers-in-law or the rest of their in-laws. Because any such disclosure, rather than providing women with social support, further ostracises them in Afghan society. Afghan social norms have been conditioned to place the responsibility of any crime committed against a woman – squarely on her tethered, bruised shoulders.

Tamana Sultani is a young women activist, working for Elimination of violence against Women in Afghanistan.