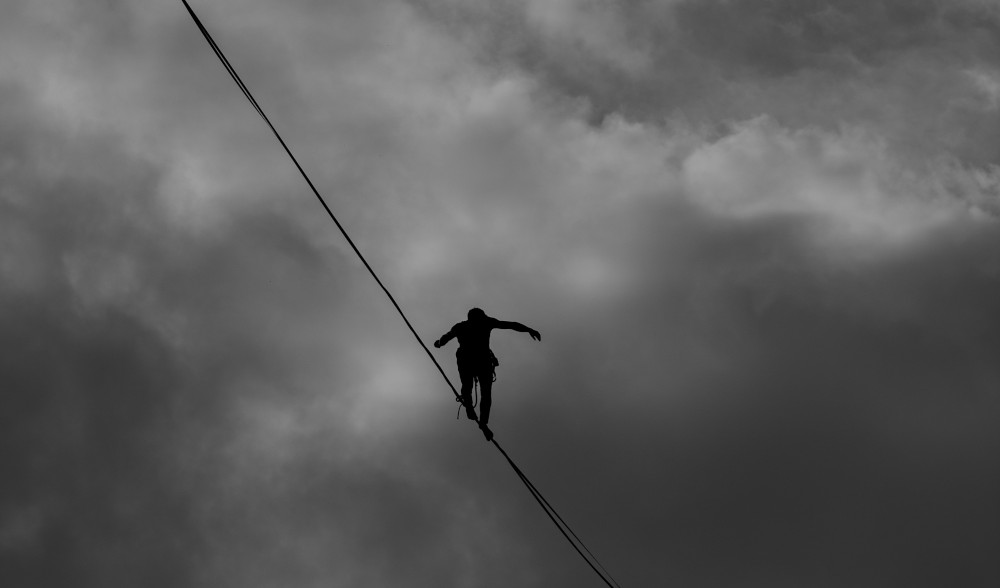 The first generation of ex-Muslims

Navigating through life is a lot like walking on a tightrope. Any misstep or harsh wind, and you could find yourself careering towards the net below.  The problem is, as with a lot of open ex-Muslims, there was no net beneath me.  At the age of 19, I was forced into a marriage with a man who I later found out was an Al Qaeda agent. At the age of 21, I was pregnant, and at the age of 25, I was escaping with nothing but my daughter, the niqab on my face, and a high school education. My mother was horrified that I would even fathom living manless. A girl goes from her father’s house to her husband’s house. Then she dies there. A woman living on her own was absolutely not an option. That would be disgraceful; she would dishonour her family.

My mother could not understand my reasons for leaving the man she had forced me to marry.  ‘So what if he hits you? Allah has given him that right! Have you not read the Quran?’  ‘Don’t you know the Hadith that teaches if Prophet Mohammed were ever to command that anyone to prostrate to anyone other than Allah, he would have commanded women to prostrate to their husbands? Who do you think you are?’  I knew those teachings in Islam. I was fully aware of them because they were thrown in my face so often. There were a handful of them that were constantly repeated to me: ‘Men are in charge of women’ ‘Women are less in intelligence than men.’

And that’s why I couldn’t stay.  I couldn’t let my daughter live the same life that I had lived. No one was there to save me, but I would be there to save her. No matter what it took. My relationship with my family soured quickly after that. It soured even more when I shared with my mom that I had decided to stop wearing the hijab. ‘Are you a kafra (non-Muslim) now?’ ‘If you leave Islam, I will have you killed. It is my duty to kill you.  I will not let you live on this Earth to humiliate me.’

The next few years were unfathomably difficult. I carefully traversed the tightrope, knowing full well that if I fell, my daughter would fall too…and there would be nothing to catch us. Unfortunately, we were hit with many strong winds. There were many times when I could have really used a net to catch us. That is the greatest tragedy of the open ex-Muslim. You will be alone in a vast ocean of people that are busy and to whom you are not a priority. This is why so many ex-Muslims are ‘in the closet’. The thought of living without the love of their families is terrifying. Staying in the closet comes with its own trauma. Leading a double-life, never being able to truly be yourself, feelings of guilt that you are deceiving everyone, including yourself. But being free is not without its own flavour of trauma either.

There really seems to be no easy answer. No matter what we choose, we are doomed. Ex-Muslims are lauded for their bravery and strength and deserve every bit of praise. When all is said and done, each one of us is scarred. Although we now have inner peace and are free to live our lives as truthfully and freely as we like…in the quiet times, in the dark times, the sadness that we carry can be found lurking behind insecurities, trust issues, self-doubt, lack of self-confidence, etc. A lot of us are exhausted. We are so tired of carrying this pain, but carry it we must. As they say, whatever doesn’t kill you makes you stronger—and so we are very fucking strong.

I think of us as the first-generation of ex-Muslims. I know there were some before us, of course.  Salman Rushdie and Ayaan Hirsi Ali had to deal with death threats and absolutely unfathomable resistance. But this current generation, we have emerged like a ‘tsunami’ as Maryam Namazie calls it. Anonymously, in online forums, we swelled and we have hit the shore. We have caused a rift in Islam.

We are the first group to come out openly with our Twitter accounts, our blogs, and YouTube channels, our viral hashtags, and our documentaries. We are the first group to start to speak out publicly and form alliances like CEMB and EXMNA in a vast number. Many Muslim groups are now scrambling to deal with this issue of ex-Muslims. How can they stop us? How can they stop their children from also leaving Islam?

Yasmine is an Arab-Canadian university educator who has recently written a memoir entitled ‘Some of my Best Friends are Jewish, and other confessions of an ExMuslim’. In it she describes how, even though she was born and raised in North America, she endured the same traumas that are familiar to Muslims across the planet. As a child, she was beaten for not memorizing the Quran. As a teenager, she was forced into a marriage to a member of Al Qaeda (after he was bailed out of prison by Osama bin Laden himself). And as an adult, she wore a niqab, and lived in a home/prison with paper covering all the windows. Yet, somehow, with nothing but a high school diploma and a baby in tow, she got out. Despite the dark themes, Yasmine’s message is one of hope to her fellow ex-Muslims.