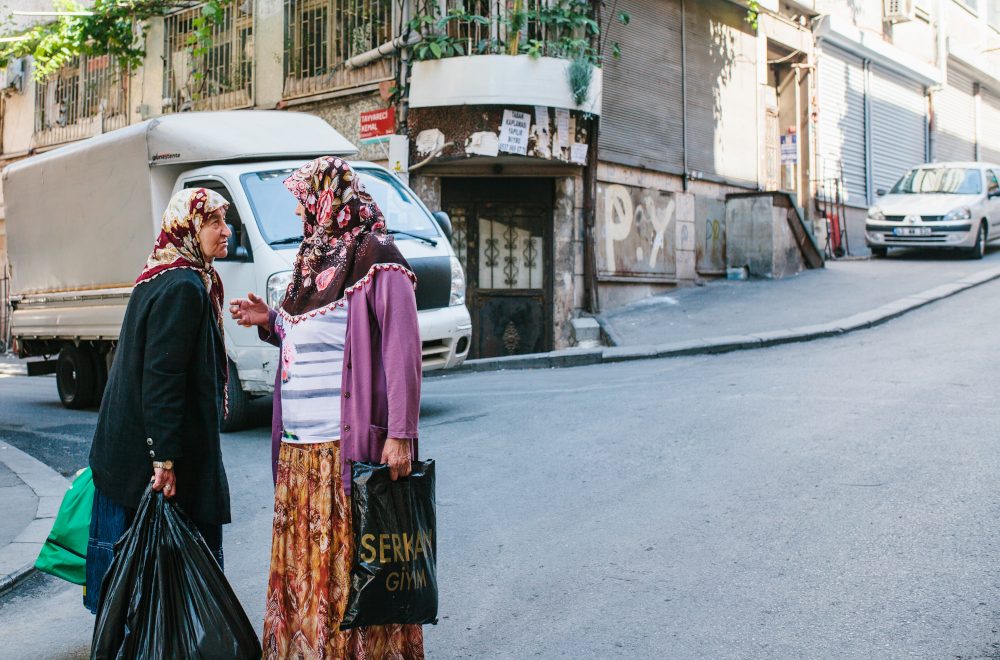 I grew up in Turkey. This is what I remember. There were several accents… and some stood out more than others.

My paternal grandmother spoke in what is known in Turkey as ‘Istanbul’ Turkish. There was a melody to it. It sounded clean and deliberate. Intonated intentionally, for effect. Her voice was deep and sharp, trained diligently by cigarette smoke throughout her earlier decades. She used what, to me, sounded like big words. Words from an older era: Ottoman Turkish, taken from Arabic and Farsi, sounding ornate and dated. She conversed like she was reading poetry to commemorate Atatürk, the founder of the Republic of Turkey. She remembered the day of his death. I’ve asked her about it a few times. She recalled hearing it on the radio, and then attending a funeral ceremony at her school.

My maternal grandfather’s accent carried strong Arabic notes. They spoke Arabic and French at home when he was growing up in Mersin, our home-town. At boarding school in Beirut, he learned Latin and French. When he was 16, his parents sent him and his brother to high school in Istanbul so that they would learn Turkish, even though it was to a French lycee where the instructors were nuns and priests and most classes were in French. His Turkish was colloquial, learned through living, working and probably a great deal by having to do mandatory army service with a random selection of people from all over the country. I remember thinking that he spoke ‘funny’. I’m not sure what led me to decide that.

I know that Zuhre’s accent was noticeably different from anyone else I knew, and I knew her as much as a child could know anyone. Zuhre was already a housekeeper in my house when I was born. Her words sounded harder and more pronounced than the way others in my life spoke. There were frequent dips and inclinations in her tone and voice, going from very high to very low. The k (which sounds like a Spanish que), sounded more rounded and throaty (like a guh sound in English). I remember that she was proud of being able to read and write and that she had finished 1st grade. I remember asking her to say things to me in Kurdish. I thought, for the longest time, that she was from a different country because the city she’s from is called Elbistan. I remember searching for it on the family computer at six or seven years of age and realizing that it is in Turkey, not far at all from Mersin.

Then there was Zulbiye, who was Bulgarian. I couldn’t detect that her accent was any different from anyone else who resembled her, with a loosely-tied headscarf, slightly slanted eyes, weather-worn skin from her earlier farming days in her village. But now I remember that there was a vibration to her speech and a distinct high pitch. I remember that she spoke fast, as if the words were rushing to gulp down the next one like Pac-Man eating dots. She liked to sing but I don’t remember her songs. I’m not sure if you can remember the songs from a language you don’t understand at all.

When I was 14 or 15, a friend who I went to school with pointed out to me that my mother has an accent. ‘And so do you a little bit, and your sister,’ he said. I had never picked up on it, or thought of it till then. What was or is her accent? An uncategorizable accent belonging to a religious and ethnic minority? Or something else unique to the region that she picked up as a child by playing in the streets with neighbouring children? She is one of the most local people I know. Born and bred in Mersin, she’s never lived anywhere else.

People in the region sometimes use an open e sound in a word where that sound is meant to be closed. How can I translate this? A long eh that comes from the bottom of your mouth instead of a short eh that comes from the top. For some reason it’s very embarrassing to do this. People pick up on it when you say words like benzin, renk, denge – gas, color and balance. For some reason I became very self-conscious after he said this about my mom. I paid attention and spoke with control and unease to avoid slipping.

Only later, I wondered whether this friend may have been extra perceptive because he was careful with his own accent, or noticed an accent in his parents too. They were what people derogatorily called fellah, Muslims of mostly Egyptian and Syrian origin, who arrived in Mersin, Adana and neighbouring cities shortly after my mother’s ancestors did at the end of the 19th century. But while my mother’s ancestors were tradesmen, his ancestors were farm workers.

These are facts that should no longer be relevant after generations have made and lost many fortunes and after identities of the past have been covered up under a cloak of nationality. But here we were, trying hard not to stick out in a social world that rewarded homogeneity.

I am a writer and am bilingual in English and Turkish. I've done editorial work and research for print and digital publications and television shows. And I have an MFA in Writing.