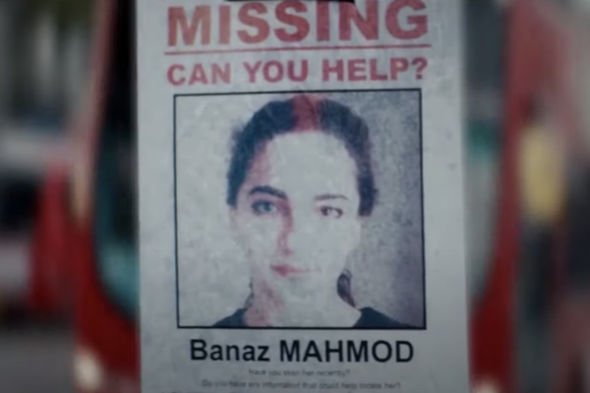 Banaz Mahmod was born in Iraq in 1985. When she was just ten years old, her father fled Iraq, and sought asylum with his wife and five daughters in Mitcham, South London. Banaz was just four years older than me: we were both South London residents, and we were both victims of domestic violence. The difference is that I lived to tell my tale.

In 2006, Banaz was brutally murdered by the men in her family after she divorced her abusive husband and fell in love with another man. We could say that Banaz’s family murdered her for falling in love with a man they didn’t choose, but there can be no justification for her murder. Her murder was an ultimate act of sadism, of cruelty – because in the eyes of some men, women are worth less than cattle.

Banaz was forced into an abusive marriage with an older man when she was just 17 years old. She reported abuse and rape committed by her husband as well as subsequent threats to her life by her father to the police on numerous occasions. Everything she had endured was brushed off as teenage melodrama or exaggerations.

After begging the police for help time and time again, she was murdered under the instruction of her own father. Deeyah Khan shed light on Banaz’s story in her Emmy winning documentary Banaz: A Love Story in 2012. This week, a two-part TV drama called Honour was aired on ITV, detailing the investigation into Banaz’s murder from the perspective of the detective chief inspector on Banaz’s case, Caroline Goode.

Initially, something irked me about the focus of the drama being centred upon a white lead on a mission for justice. Women of colour are rarely ever the centre of their own narratives, even in death. Western viewers may find a story centred on a white character more ‘relatable’, but continuing to tell stories in this way just encourages the dehumanisation and invalidation of our voices and our experiences. But as I began to watch the show, I managed to push those thoughts aside, because there is little of the white saviour complex in the drama. Police failures being admitted to right from the offset, and hey – at least Banaz’s story was being told again.

It cannot be forgotten. Banaz went to the police five times, and was given no help. She went to Croydon police station, Mitcham police station, Wimbledon police station. On one occasion Banaz went to the police after escaping her father who had plied her with alcohol to sedate her – almost undoubtedly in preparation to kill her. The police officer called her ‘attention seeking’ and ‘hysterical’, sending her home with the threat of charging her with criminal damage for breaking the window. When her negligence was questioned by DCI Goode in the drama, the officer refused to show remorse. She said she’d ‘had no training in honour killings’. It stung to hear how cultural ignorance can play a part in our deaths.

A year after Banaz’s death, I found myself running to the same police station Banaz had sat in. I was desperate for help to escape my abusive ex-boyfriend, a man who prided himself on his religious values. The banner of ‘honour’ was his justification for beating women. The officers at Croydon police station got me to speak to a female investigator. I somehow felt comforted that I was assigned a woman – surely, she’d understand. Her hair was pulled back and she wore a suit; she meant business, I thought, and in that moment I made the assumption I’d be in safe hands.

After hearing my story, she sighed, picked up her pen and paper, put my situation down to ‘teenage passion’ and sent me home alone, unaccompanied. To her, I was, like Banaz, just being a melodramatic teenage girl. I remember leaving Croydon police station in the dark, looking over my shoulder the whole way home, finally putting my key in the door and sobbing in relief that I’d made it home alive. I was one of the very lucky ones to manage to escape a dangerous relationship.

We have to stop using the term ‘honour’ when describing the killings of young girls. It is sadism, it is torture, it is control, it is abuse of power to the highest degree. If I speak to the women I know – and it’s not just women from Muslim communities – they’ve all felt the fear misogyny can induce, at least once in their lives. Whether it was a passing comment, a restriction on their freedom, a broken nose, or having to flee for their lives – every woman I know has felt the pain of patriarchy. We’ve heard the misogyny slip out of our fathers mouths, uncles, aunties, even our mothers. Misogyny is as deeply embedded in our psyche as racism, and is often internalised.

There is something so disturbing about how men fear a free woman; it keeps me up at night. The obsession with our virginity, our sex lives, our dress sense, the tone and volume of our voices, our jobs, the way we choose to live our lives – the policing of women is a disease we have to stamp out. Just as white people hold the position of the oppressors in the structural system of racism, and therefore need to lead the fight in expunging racism, men must take more responsibility in stamping out the murderous tendencies of patriarchy.

Going back to the drama being centred on whiteness, I would have liked the drama to focus more on Bekhal Mahmod, Banaz’s older sister. A South London girl who escaped her family’s clutches, she was what Banaz should also have been. Free. She was unfathomably strong in the face of such horror. She deserved more. The fact that she was told she could testify under a burqa so that her identity could be spared for her safety puts me on edge, because as I might have predicted, her anonymity and safety weren’t put first – the drama shows us Bekhal being instructed to remove the veil and reveal her face the moment she was put on the stand. She, and Banaz’s boyfriend Rahmat Sulemani, were put in witness protection after the case. Bekhal is still living under a new identity. Rahmat never recovered after the death of his love. He took his own life in 2016.

Do I feel like Banaz got justice? No, because none of the men involved in taking her life ever showed any remorse. The poison still lives in the minds of many men who think a woman is there to use and abuse however he sees fit. I don’t know how to fix it either. What can we do apart from continue to fight, to continue to yell about the atrocities women go through every single day? We have to call out coercive control when we see it. Violence. Emotional abuse. Gaslighting. We have to raise our sons to be better. Watching Honour left me at a loss. It left me burning with anger. Anger isn’t always a helpful emotion, but it serves as a good fuel to keep fighting for those who have been left voiceless at the hands of evil men.