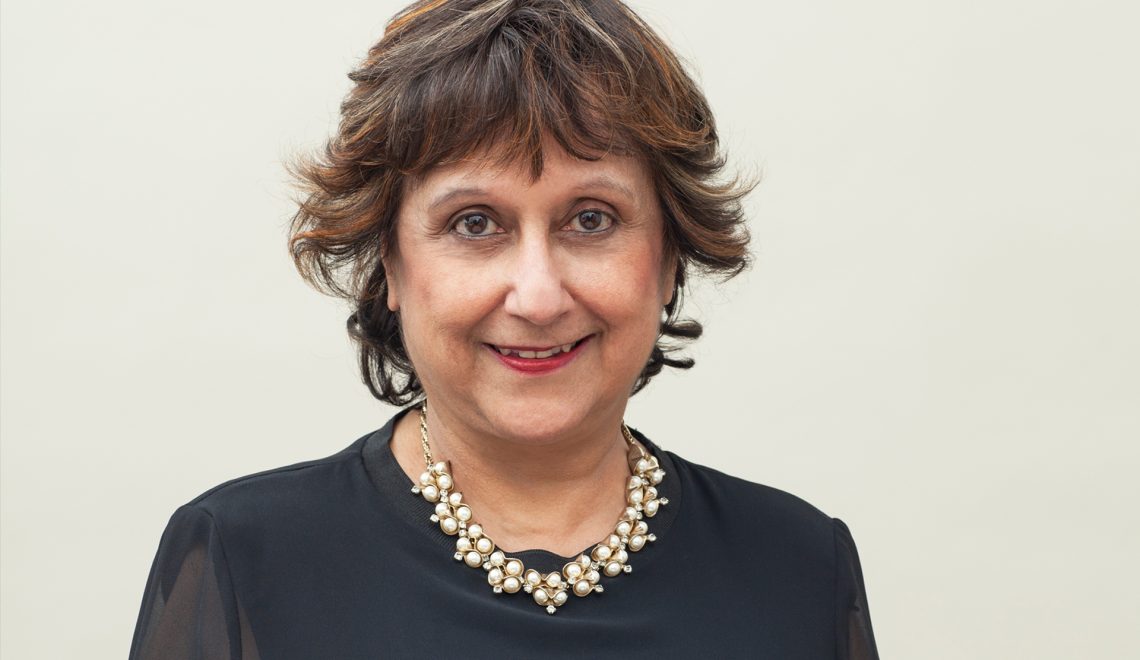 Yasmin Alibhai-Brown is a British journalist and author. She describes herself as a ‘a leftie liberal, anti-racist, feminist, Muslim.’ Her latest book, Ladies Who Punch: Fifty Trailblazing Women Whose Stories You Should Know is an anthology of short histories of women, both well-known and obscure.

There’s been several books which anthologise women’s histories released recently. What do you feel makes yours distinctive?

These stories represent the past, present and future – so it isn’t a hidden histories collection. I wanted to thread those together, so that readers get to know the backstories, know contemporary figures, including younger women, see connections between those who came before this time and those who will make the future. I also wanted readers to learn that there are different ways to skin the patriarchy cat and that each chosen woman defined or defines herself in her own way. I think that’s what makes it unique.

You haven’t shied away from pointing out that some of the women you’ve written about could be considered ‘problematic’. Why did you feel it was important to do that?

One of the burdens of being female as a child and as an adult is that we are expected to be nice, likeable, winning. I wanted to honour women who weren’t all necessarily nice, winning or likeable but were gutsy. And determined. I don’t like some of them, but so what?

Why don’t we know about these women? How are important women erased from history?

That’s a question for men – who mostly still control everything – to answer. It happens ‘naturally’, what the brilliant young feminist Caroline Criado-Perez – who is in the book – calls the ‘default position’. A book on fifty great thinkers written in 2012, by a man, for example, only had three women in it. Most British children have never been taught about the breakthrough women – the first to study medicine, to become a lawyer, to get into the Royal Society etc. Even today women scientists and doctors, directors and programme makers have to fight for recognition.

You’ve also written about women who you feel have been misrepresented, like Beatrix Potter and Gertrude Bell. Why was it important to set the record straight?

Such women have been recognised and kept in their place. What do I mean? Potter is and will always be famous for her enchanting children’s stories and pictures. But she wanted to be a proper botanist, had the ability, tried, and was discouraged by the attitudes of sneering chauvinists. Bell was an imperialist – but she also loved the Middle East and understood the peoples. Britons only now are getting to know this woman of many sides. She was a cartographer, a skilled politician and a scholar detested by fellow colonial operators, I think because she was far smarter than them. In Iraq today, people remember her fondly. The men, including Lawrence of Arabia, are forgotten or despised.

You include examples of sexist criticisms of these women – which seem to make you quite cross! Why is it necessary to show the sexism that women face in their lives and careers?

Sexism, like racism disables, wounds, implants self-doubt and stops us females from being who we want to be. It is poisonous.

You’ve written about some well-known women – such as Princess Diana – but also some comparatively less famous women. Were there any obscure women you particularly felt needed to have their profile raised?

Yes. Elizabeth Heyrick and Lucy Townsend, representing female Abolitionists, written out of history. It’s all about Wilberforce now, a man who took funds from women who wanted to end slavery but would not let them speak at events. Cornelia Sorabji, an Indian subject of the Raj who became the first woman to study law, Mary Lee Berners-Lee, mother of Tim, inventor of the world wide web. She was an engineer and computer scientist and campaigner for equal pay.

It must have been difficult to have narrowed your choices down. Can you name some of the women who you had to leave out? Were there any biographies you wanted to expand in more depth?

Oh so many. Gina Miller, Dianne Abbott, Vera Brittain, her daughter Shirley Williams, Martha Lane Fox, Lyse Doucet, Bernadette Evaristo… Those I would have written more about – Diana, Meera Syal, probably all of them in truth.

You’ve included many women from minority backgrounds. Was that important to you? How important is it for women to see themselves represented?

It wasn’t about representation. I believe women of every background, from every race and class have, bit by bit, changed perceptions and opened the world up a little bit more by doing what they did, living the way they chose to live. No one race or class can claim this story.

Muslim women in particular are often characterised as either passive or radicalised in mainstream media. How can we quash these stereotypes?

There are fantastic examples in my book of an MP, a comedian, a senior detective, a peer. In the last ten years Muslim women have come up in every area of life. The media may still stereotype us, but it can no longer imprison us in those limiting categories.

Which of the historic figures in the anthology would you most have liked to interview in person?