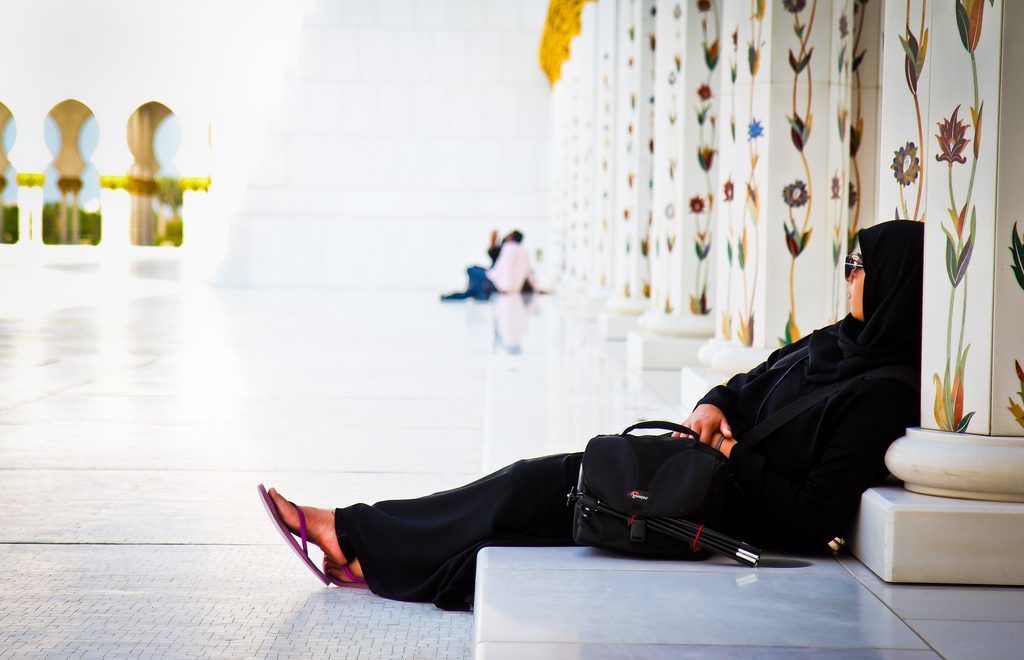 ‘I stared at the divorce papers. This can’t be happening to me, I said to myself. I never believed I would live to see this day. It was so unbelievable I wanted to scream – with joy!’ remembers Saba,* with a blissful smile on her face.

This pretty and intelligent young woman is a corporate executive in a multinational in Lahore, and a single mother with two kids.

‘Mine was a perfect marriage  ̶  or so it seemed at the time. We were both confident, educated, from the upper middle class, and had known each other for years. We were ready to take on the world together with dreams in our eyes. But after just a few weeks of tying the knot, there was an unsaid pressure on me from my husband and in-laws to fit into the “good wife” mould,’ mused Saba with a hint of bitterness.

She told me that the constant bickering took a toll on her personality. She became a confused, insecure and fearful creature, always scared of saying the wrong thing, which meant saying nothing at all. Her mother-in-law told her not to argue with her husband to avoid his rage. It turned out that her spouse was fine with her confident and assertive personality as a friend, but not as a wife, ‘there were shouting matches every time we came back from a social gathering, about something I did or didn’t do. I not only lost my confidence, I also lost my identity as a person,’ she recalls.

Like most women of our region, the thought of a divorce never entered her mind, no matter how miserable her life became. As the mother of two kids, she told herself that everything would be fine with time. It wasn’t: it simply got worse. The verbal abuse turned into physical violence. She blamed herself but was also ashamed of sharing her ongoing agony with any of her friends or family.  Maybe that’s how it’s supposed to be, she told herself.

Her friends noticed the frequent black eyes and ugly bruises on her face and arms. Though they sympathized, none of them suggested that she walk out of the relationship. Some of them shared their own horror stories. Men always get better with age, especially when the kids grow up, they told her. Besides, what other choice does a woman have in our society? they asked.

Saba was resigned to the fact that she would remain in this miserable marriage to maintain her respectability in society, until the day her husband showed up at her office and created a huge scene in front of the whole office. ‘I wanted to die,’ she recalls. ‘I had given everyone at the office the impression that I had the perfect life. Handsome husband, great kids and a beautiful house. He ruined it all. When he left, my colleagues looked away, pretending it didn’t happen.’

It was Saba’s boss, a successful and strong woman in her 50s, who talked with her about the incident. ‘And we talked,’ smiles Saba, ‘I told her everything. The accusations. The punches. The expectations. The misery. The way I was made to feel it was all my fault, because I answered back. Or I questioned an unfair decision. Or I was wearing an inappropriate dress- the sin list went on and on. We talked for hours.’ Her boss asked if she was ready to file for divorce. Saba was horrified, ‘but somewhere at the back of my mind, the prospect of abandoning this abusive relationship sounded wonderful. The prospect was exhilarating,’ she confided.

Against the wishes of her family and friends, Saba filed for divorce and was immediately given one. The husband had to prove that he didn’t care for her or the kids. Though freedom came fast, the adjustment period was not smooth sailing: living with her parents was the toughest part.

That ‘this has never happened in our family before,’ was a constant reminder. Relatives suddenly started showing up to get to know the “inside details”. She lost all her married friends after the divorce. ‘I’m a threat to them now,’ she laughs. Today, she has no regrets. ‘I look forward to each day, without any fear of being criticized, or punched or yelled at,’ she states with contentment.

In Pakistan, staying in an abusive or unhappy marriage is a lifelong sentence for most women. Media, society and “values’ reinforce the pressure faced by women to make a marriage work, at any cost.

Frieha* is a well-known, senior doctor from Karachi, working in a private hospital in Lahore. With three grown up sons, a comfortable house and an above average income, this 60 year old divorcee seems to be doing well. She shared the details of her arduous journey, ‘My husband divorced me twenty years ago. His roving eye had always been an issue but I looked the other way. I knew exactly what the status of a divorced woman in our society was. But his 20-something receptionist agreed to marry him on the condition that he would divorce me. And he did. So I was back at my mother’s, at almost 40, with three kids. It was disastrous. Though everyone around me was hostile towards my husband, there wasn’t much sympathy or understanding for me or my kids. Family and friends were now uncomfortable around us: we just didn’t belong anywhere anymore. People avoided us at weddings and festivals. I remember that I wasn’t allowed to offer sweets to a bride-to-be on a Mehndi. It wasn’t auspicious! If I wore makeup or nice clothes I was looked at with suspicion.’

‘I knew I had to leave the city,’ remembers Frieha. ‘Though I hated to uproot my devastated kids, settle in Lahore and adjust to a new job, it was all worth it. Interestingly, it was the women of this society who came down on me with contempt and disdain. They refused to rent out their house to a single mother and never invited me to social gatherings. Even today, when people come to know about my marital status, or the lack of it, they don’t know to respond. I have learned to ignore the meaningful glances.’

Most divorced women I talked to had a similar story to share. It wasn’t always the divorce that shattered them: it was the attitudes within society, and the behavior of other women who treated them as outcasts. Their lack of support and understanding makes it tough for a divorcee to adjust: while the hostility that faces a single mother is a clear indicator that we are still not ready to allow or accept her as a respectable member of society.

I discussed the issue at a women only Dars (sermon). It was interesting to watch how we, as a society, brag about our low divorce rates. ‘It’s because we still have family and religious values intact, unlike the Western world,’ opined one woman.

‘But what about a woman in an abusive relationship?’ I wanted to know.

‘This a borrowed term from the West,’ stated an elderly woman shaking her head at my question. ‘If a husband yells at his wife, she should stay quiet instead of yelling back. If she argues, he might hit her, or pronounce triple talaq. Then she will go around saying it was an abusive relationship.’

‘Is there a life after divorce for women in our society?’ I posed this question at a businesswomen’s lunch at the Chamber of Commerce. Not a single woman replied in affirmative. ‘Where will a wife go after leaving her husband?’ they wanted to know. ‘Parents won’t accept her back and she can’t live alone in our culture,’ was the mutual verdict given by these privileged “empowered” women.

Zara*, a 30-something was thrown out of her house after her husband pronounced triple talaq during an argument with her in-laws. She doesn’t miss the husband much. And she definitely doesn’t care about the in-laws, ‘but I miss being considered respectable, being Mrs. Someone. It feels as if I have lost all my rights to respect in my family, in public spaces and in society. Our men consider a divorcee “available” and cannot resist making an attempt. Now I just say I am unmarried.’

In Pakistan, the stigma attached to divorces makes it tough for the ones going through it. And it’s tougher for a woman.  She is eyed with doubt, contempt or lust – and never the “respect” that is associated with being a wife. As a result, women choose to stay in unhappy and abusive relationships.

A life of misery is the price a woman pays for respect in this society.

*All names have been changed

Zoia Tariq is a gender activist, TV host, editor and a South Asian Journalist from Lahore, Pakistan. She speaks on international platforms on the empowerment of women in the region. Her work is focused on raising awareness on the suppression of women's rights,in the name of religion and local customs. Currently she is working on the role of Muslim women in countering violent extremism.