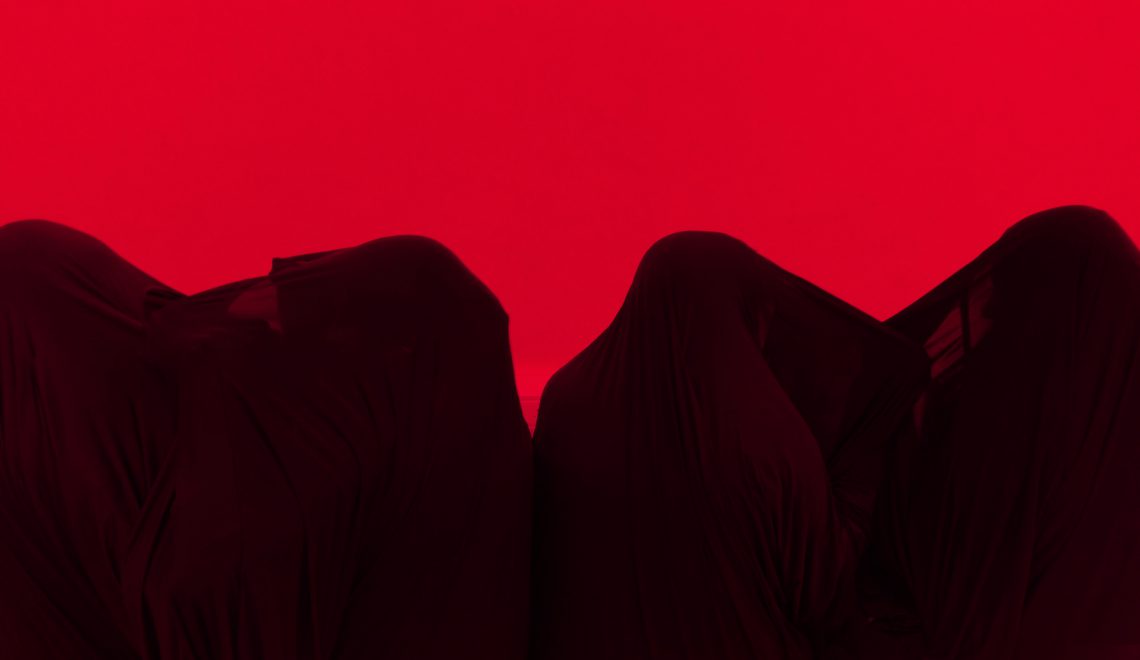 On blood and shame

Where I come from, menstruation remains a topic too awkward or embarrassing to discuss in public or even in private. A topic that like the female body itself remains shrouded in secrecy. And stigma. And shame. So much stigma surrounds the female body and its bodily functions that the first time I bled on my first period, I was completely ignorant and unprepared, and as with most changes my body underwent in the early years of my adolescence, I felt overwhelmed with inexplicable shame.

I remember that the blood looked black, rather than red. Hardened and dark, like a thin layer of desiccated clay, it looked – well, it looked inorganic. Not like anything that might have flowed from a human body, let alone my body. Yet, there it was, a spot on the bottom of my underwear, the second such spot on the second such pair of underpants I would wear that day.

Am I sick? I wondered. It was Easter Sunday in Saudi Arabia, and I was motherless and alone with a thing in my underwear that wasn’t supposed to be there.

The only girl out of five children, I had spent much of my childhood attempting to efface any signs of female-ness. I wanted to blend in with my brothers. I wanted short hair like them. Baggy clothes like them. Plastic cars like them.

As a young girl growing up in Saudi Arabia, I thought the best way to avoid, or at least delay, discrimination against me would be to be a boy.

I peeled the dirty underwear off my body and, pinching between two fingers only the smallest bit of an edge, held it over the bin. After a few seconds of hesitation, I let go and watched it flop to the bottom where my first dirtied pair of the day lay. Though I wasn’t sure what the black spot was, I felt anomalous and ashamed.

I stuffed a handful of toilet paper into my third set of underwear of the day, before pulling it up my legs and settling into the discomfort. I told no one, and I had no one to tell.

A few days of discomfort later, a woman named Gloria took me to my room to explain that these patches of black blood were signs of my first period. With one hand holding a plastic grocery bag and another on my shoulder, she asked me gently, “Do you know what it is?” Feeling a ball of sobs begin to push against my neck from inside, I shook my head.

She set the grocery bag down and lifted from it a blue plastic package bearing the name ‘Stayfree’ and the image of a small white diaper with clipped wings. ‘This is a sanitary napkin. I will show you how to put it on.’

I nodded, and the words ‘Thank you’ erupted from my throat in an uncontrolled gasp, along with sobs that I could not explain.

‘It’s okay,’ she said again and patted my shoulder.

I wiped tears from my cheeks, while she demonstrated how to peel away the bottom of the sanitary napkin and stick it to a pair of loose panties pulled from a small white chest of drawers by the bathroom door. I nodded and cried silently as she explained. I will never forget her kindness. In those lonely moments, she looked after me as a mother might have done.

I learned from Gloria that I had experienced my first period. From everyone else, I learned that when a woman is on her period, she is either too weak or too dirty to touch a Qur’an, to recite its verses, to pray. I learned that it meant that at 13, I was now a woman, and as a woman, I had to be simplified into a sexual object.

And as a 13-year-old sexual object, I needed to be buried under a baggy black cloak to ensure no man would be tempted by my feminine form.

In the Saudi Arabia that I lived in, female bodies found themselves entangled in a discursive web of sex, sexuality and shame that accepted no input from the bearers and wearers of those bodies themselves. And into that web were woven the bloody strands of menstruation. The stigma surrounding periods meant that until the moment I saw a black stain in my underwear, I had only a vague notion that something was going to happen to me and my body at some point, and that this meant I was a “woman”. And the stigma surrounding the female body meant that for years to come, without really understanding why, I would carry the unnecessary burden of embarrassment in my body and its many changes, especially that first harbinger of womanhood.

Theoretically, a woman might spend about a quarter of each month between puberty and menopause on her period. Yet, the stigma surrounding menstruation affects many women in far worse ways than an afternoon of embarrassment, or a sudden coming of age. In some countries, women may lack access to sanitary protection, which not only robs them of hygienic, dignified menstruation, but may indirectly affect or restrict access to education or employment. Stigma has very real consequences, and one way to dismantle it is to address it and to address the reasons for it.

At the time of my first period, I could not exactly explain why I cried as hard as I did. Looking back, I think I cried because I knew it meant that my life was going to change in some way that I did not understand and could not control. It took me many years to shed my internalised inequality and internalised shame, so salient in Saudi society’s treatment of women and their bodies, that no person should ever have to feel for bleeding or being born female.