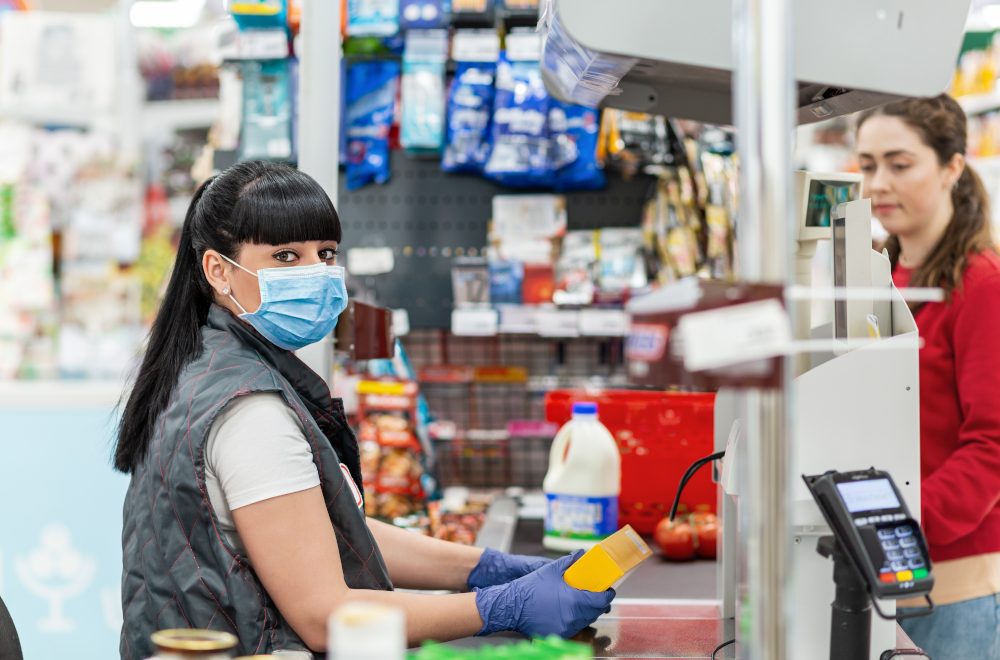 Is essential code for ‘expendable’?

A few weeks before the lockdown, while the Conservative party were in the midst of developing their post-Brexit points-based immigration system , the Home Secretary Priti Patel stated that those earning less than £25,000 annually were in ‘low-skilled’ jobs and therefore not worthy of entering the UK. The irony is that the majority of those in ‘professional’, ‘skilled’ roles don’t even earn that much at the beginning of their careers either.

The coronavirus epidemic didn’t wait long to prove her wrong. Those same people she once labelled ‘unskilled’ suddenly came to be deemed ‘essential’ to the functioning of society: nurses and other emergency services staff, cleaners and retail assistants all fell within this ‘low-skilled’ category in terms of income. How funny that those very same people once threatened by being told they could no longer remain in the UK, the individuals who have constantly been treated as outsiders and denied visas due to their lack of desirable skills under the new points based immigration system, are now having their visas extended so that they can ‘focus on fighting coronavirus’. I guess this would be a victory if the circumstances under which the visa extensions were granted weren’t so twisted and selfish.

The reality is that most of those now labelled ‘essential workers’ do not have any choice other than to work. This is not only because they are not offered the opportunity to work from home or be furloughed, but because they genuinely cannot afford to do so. Throughout University I worked part-time at my local supermarket from 2016 until early March this year when I started working full time. I guess I got lucky in making it out just before the whole corona situation. However, that’s not the case for my colleagues and friends. Having spoken to various people from my old workplace over the last few weeks, it’s clear that most of those on the frontline are extremely worried about their health (and rightly so!), they feel helpless about their situation and powerless to change it. In some ways these workers face a double-penalty (triple if you count the low-pay and physically draining nature of the work). Not only are they more prone to physical illness due to greater exposure to members of the public and those already infected, but the sheer panic caused by the pandemic is also taking a toll on their mental health.

It seems whether in the middle of a health crisis or in normal day-to-life, the same people in society are thrown under the bus over and over again. They’re left to fend for themselves whether this means working 40+ hours across two jobs to make ends meet, or risking their own health on the frontline. Especially with the introduction of the points-based immigration system we have seen just how undervalued those in low-skilled labour are. This raises the question: is it actually the case that these individuals are finally being shown the appreciation they deserve, or is it all just a show to keep them on the frontline because they’re deemed the most expendable members of society? Back in October, while I was still working at my local supermarket, I wrote a post on jobs and value wherein I discussed how undervalued and disregarded customer service and retail roles were.

I saw a post on Twitter not too long ago arguing that our key workers are not so much essential workers as they are prisoners of the capitalist system. And to an extent I agree. Our current economic/political system is really being put to the test. The results are not looking too good. On one hand, we need these workers to keep the country running so we can’t send them all home purely because of the way society functions, but on the other hand it is unfair that only individuals working in certain sectors should bear the brunt of the hardship and sacrifice their own health for the whole country. It is clear that the class hierarchy and the distribution of wealth in a capitalist society is only favourable for some and not entirely sustainable in the face of national crises. The good health and safety of those with power always comes at the expense of the poor. Those on the margins of society are only wholly valued when they put their lives on the line.

This article was first posted here and has been published with the author’s permission.

The writer holds an bachelors and post-grad degree in Sociology from the University of Leeds. She has an interest in various things from sci-fi and art, to social divisions and political impact. When she finds a bit of spare time, she also enjoys blogging about socio-economic inequalities and her personal experiences or reflections in relation to these