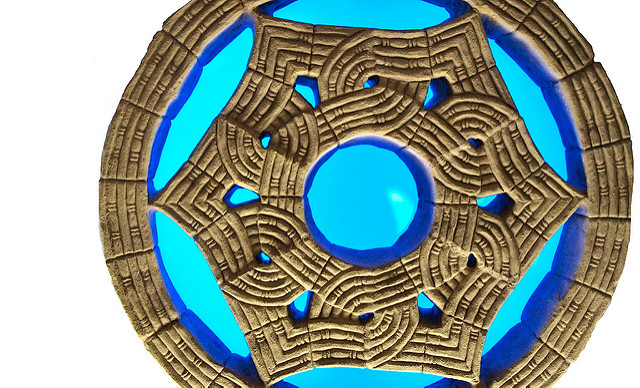 ‘Seven earths: In every earth is a prophet like your Prophet, an Adam like your Adam, a Noah like your Noah, an Abraham like your Abraham and a Jesus like your Jesus.’  These words of Ibn Abbas, early scholar of Islam, rattled around my subconscious as I read the headlines about NASA’s discovery of seven new earth-like sphere’s orbiting a star. Ibn Abbas was replying to a question asking for clarity on the Qur’anic verse that states ‘It is Allah who has created seven heavens and of the earth, the like of them.’  The opportunity to match my Islamic belief with scientific discovery tickled my intellect. Personally, I have experienced this merging of science and religion before, and I am not alone. I often receive group text messages, explaining the link between some or other scientific or medical discovery and Islamic practice, the sender wanting to share their awe at the collision between the spiritual and natural worlds. For example, the evidence that fasting may in fact be good for health is a welcome addition to my list of spiritual benefits for fasting during the holy month of Ramadan. Apart from the physical benefits of fasting, which has been shown, for example, to increase the effectiveness of chemotherapy, the emotional and mental benefits of this practice also echo in modern mindfulness practices.

When you eat and drink nothing all day, you are hyper-aware of each moment, each pang in your tummy and each craving for water or food. When Islamic practices and remedies find acceptance in the form of modern cures and lifestyle trends, I feel vindicated, my religious belief reinforced by the scientific world. It is not just us Muslims who get excited when parallels are drawn between ancient religious prophecies and contemporary wisdom. The Church of the Latter Day Saints, for example, believe that ‘ultimate truths about religious matters and about God’s creations can never be in conflict, as God is the author of both.’ However, because science is still evolving, and is seen as forever tentative, it is unlikely that science and religion will ever be seen as fully compatible. Nevertheless, it is satisfying to reconcile faith, a leap into the unknown, belief in the unseen, with the seen world, even if just for a moment. There is too much of a split (or at least a perceived split) between the two. Research by Professor Elaine Howard Ecklund shows that most scientists do not believe that religion and science are incompatible. The narrative of conflict prevails mostly in Western cultures. The Japanese even have a specific term for the overlap between science and religion, kokoro.  The notion of kokoro encompasses the mind, heart and spirit and is an attempt to counter the modern Western philosophical trend of driving a wedge between science and religion. The implications of the overlap between the mind and heart are fascinating in the context of kokoro, a concept under which engineers in the Shuji Hashimoto Laboratory at the Waseda University aim to create robots with kokoro or a ‘sentient machine’. Can you give a robot the will to live? Other thinkers on the topic, notably Yuval Harari, claim that the major difference between humans and robots is that machines will not have consciousness or feelings and desires (although robots do have intelligence, and that they therefore could develop patterns of behaviour unknown and unpredictable to humans).

The discussion of technology, science and religion can get very ethereal, so I tried to bring myself back to earth by speaking to Sarah Lane Ritchie, PhD candidate in Science and Religion at the University of Edinburgh about her story of losing and recovering faith. Ritchie identifies as Christian, and while she expressed scepticism at using science to “prove” religious truths, because this leads to falling into “God of the gaps” thinking, she does find that the “overall pattern of intelligibility evident throughout the natural world points to a relational creator behind it all”. Therefore for Ritchie, ‘it’s not just about a single scientific discovery, but about general patterns of coherence between theology and scientific knowledge’. The elegant interconnectedness of physical processes and natural events has led Ritchie to believe that God seeks a connection with creation. Personally, it gets a bit mind-bending to contemplate alternate worlds and parallel universes. It is comforting for me to believe that my Creator, at least, knows what it’s all about.

Aneesa is a writer from South Africa. She is a Muslim, occasional coffee lover and sometimes corporate lawyer. She enjoys writing about culture, religion and how the global economy affects real people.