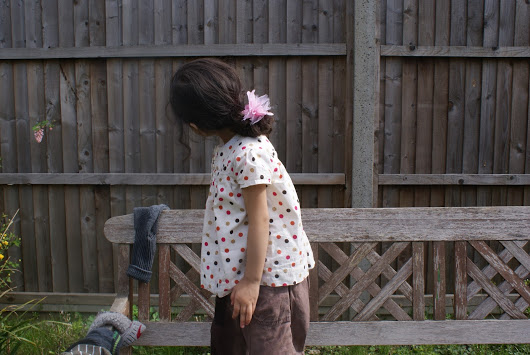 Okay, so I’ve had a day and a half to take on the severity of what is actually happening in the world. Donald Trump will be president of America. Just take a moment to let that sink in.

My daughter wrote a beautiful story yesterday evening – just for fun, because that’s the kind of thing she likes to do. She’s eight. It was entitled ‘Milly the Pollen Fairy.’ It was well-written; it had some lovely language, and it was articulated very clearly and well punctuated. A beautiful story about a fairy in a magical world in which she lived.

My daughter is eight years old. She’s beautiful, she’s intelligent; she can put her mind to anything. She is inquisitive, she is curious, and she’s feisty. I thank God for the last characteristic on that long list, because she’s going to need it.

How do I explain to her that as a woman that could be identified as Muslim, she could be seen as a second-, or even third-class citizen if she was ever to visit, work or live in the States? How do I then explain that the white supremacist movement is having  a field day? How do I explain to a child who sees colour purely as an adjective that Black people are being told to get to the back of the bus because Donald Trump won the election. Just like that, we have gone back into a time before the civil rights movement. We have regressed as a society and a civilisation.

How do I also explain that the leader of the Ku Klux Klan has been celebrating because Trump won the election? How do I explain the existence of the KKK? How do I explain to her that people have judged others on the colour of their skin for centuries? Just when we thought that the world was changing, we have a racist in the highest office in the United States of America?

How do I explain to her that the leader of the New Free World has such little respect and acknowledgement of her basic human rights as a Muslim woman? Should I tell her that she should not bother? Don’t bother, don’t aspire, don’t you understand, and don’t achieve, don’t reach for the stars. Know your place! You are a Muslim woman and you should know your place – so shut up and get back in your box. How do I tell her that as a Muslim she is not really wanted? She’s never going to be in a situation where she is welcome, as soon as she arrives at any national airport in the United States? How do I tell my eight your old daughter that if she chooses to wear the hijab she will be deemed a terrorist before she has even left the plane?

How do I then also explain to her why the new president of the United States thinks that all Mexican men are rapists? I’m quite alarmed anyway and have to be careful which parts of the news the children watch, because the word ‘rapist’ is not something I really want to hear in an eight-year-old’s vocabulary. How do I explain then that the leader of the new free world thinks that all people that reside in Mexico should be walled off?

How do I tell her there is no place for ‘Milly the Pollen Fairy’ in the world in which she is growing up?