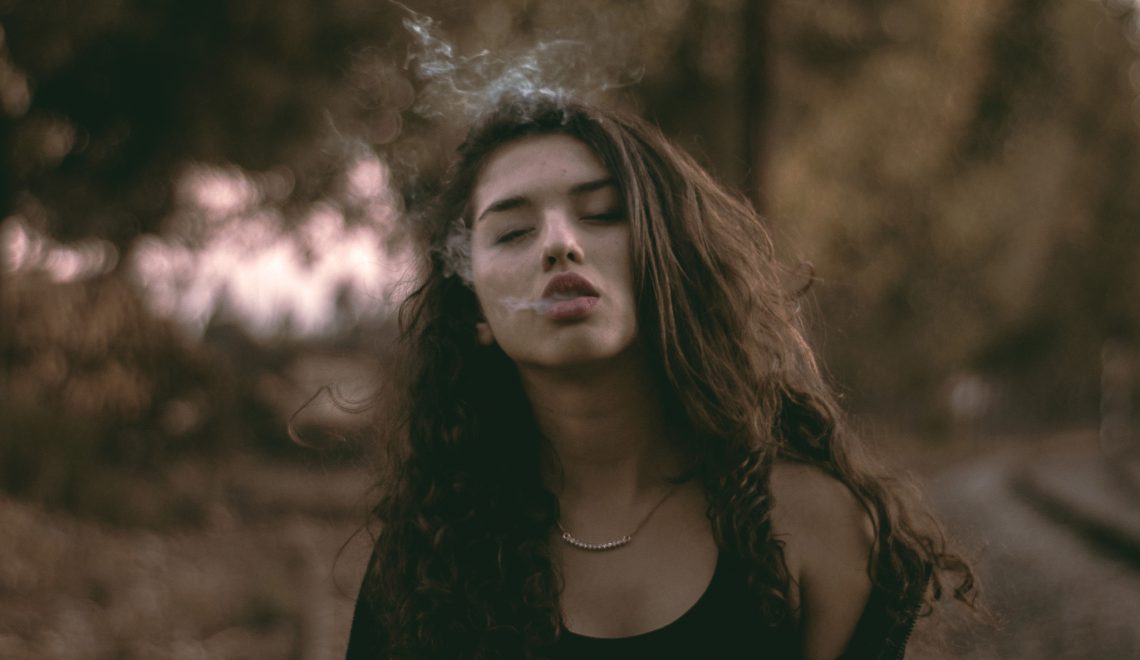 One of those girls

I never intended for it to be this way, it’s just who I am; and sometimes I wish I wasn’t.

I come from a relatively liberal Egyptian-Canadian Muslim household. The keyword being relative: in comparison to other Arab Muslim households. I’ve been afforded freedoms which some Arab girls would consider luxuries; I dress how I please (mostly), befriend whomever I choose, go out when I like, have sleepovers etc. This isn’t to say that all Arab girls are oppressed. Most girls have a lot of freedom – as they should. However, the older I become the more I notice that these freedoms becoming restricted.

We, as Arab Muslims, live in a culture where everything is about appearances. Your freedom has limits and everyone knows them, even if they aren’t verbalised. They may be lines drawn in the sand but they might as well be brick walls and barbed wire fences: dividers between the good girls and those girls. As a teenage/twenty something girl, you are subjected to a set of unspoken rules: you don’t have to wear a hijab, (but beware of wearing short shorts, miniskirts, or crop tops); you can go out whenever you like, (except after 10, anywhere with a bar or on any holiday that promotes drinking such as New Year’s Eve, or St. Patrick’s Day); you can befriend who you like, (but they had better not be ‘too western’, or boys). You should never be seen alone with a boy, forget being seen at parties (the teenage variety), having a boyfriend, sleeping over places or going away for university.

Engaging in this behaviour culminates in every Arab parent’s nightmare: their daughter becoming ‘one of those girls’.

Becoming one of those girls results in the disappearance of potential suitors (the Arab equivalent of the plague) because as we all know, Arab marriages happen between families, and if Mama doesn’t approve because she heard that Miriam went to a party once when she was 16, then that’s that.

Although we are far past the days of meeting your ‘fiancée’ and getting married three months later, parents (mothers especially) are still heavily involved in choosing/finding their children’s spouses.

Here’s how it goes: Son will go to his mom and say ‘Mama, I’m ready to find a girl and settle down.’ Mom is then off to ask her closest friends. ‘Ahmed is ready to find a girl, do you guys know anyone who’s single and around his age?’ The friends will then proceed to list every girl in the city who is within 5 years of his age. Usually the girl’s names are met with approval; ‘Oh yes, Mashallah, that’s smart girl, she is studying science’, ’I’ve met her, very polite and listens to her mother’, ‘Very pretty and funny that one.’

However, there’s always one girl whose name inspires no niceties. No Mashallahs are said in her honour. Although no one will ever come out and say ‘she’s a slut, she drinks/smokes/flirts/does drugs’, you always know because they’ll say something like ‘May Allah protect our daughters.’ Everyone knows that this is a big, flashing, red ‘Caution’ sign because she’s obviously one of those girls. It doesn’t matter how long ago it was that she did ‘The Big Bad Thing.’ it will follow her forever. In a community where not only does everyone know you, but also your sister, your mother, your cousin and your doctor, it’s impossible to escape your past. So the poor girl, who went to a party when she was 16, will remain unengaged and her mother will gradually become more and more stressed as the years pass.

This is where I come in.

Recently my parents have started to hint at this; wanting me to sleepover at my friend’s house’s less, being more careful of what I wear, insisting that I stay at home for university etc. At first, I thought that they were just being controlling, and then my Dad let me in on the secret. He said, ‘You know in a few years people will start asking about you, and you don’t want to have a bad reputation.’

I see the lines drawn in the sand and I want to blow them away. No part of me wants to conform. I’ve never been one to follow. Even when my opinion is unpopular, it is what it is. I can’t in good faith contribute to such a misogynistic and judgemental culture. Especially since none of these rules apply to boys. A guy can do whatever he wants, with whomever he wants, whenever he wants, and all his sins will be forgotten the moment they happen.

I don’t know how to tell my parents that I won’t be subscribing to this twisted mating ritual. I want to find someone who’s going to love me for me. Someone who wouldn’t run because they found out I used to have sleepovers. These ideas are an issue. For my parents they represent a barrier between me and the perfect Arab life they have planned. Sometimes I wish I wasn’t like this. That I could just follow the rules, not ask questions and just accept things the way they are. But I have to remind myself of all the girls who grew up in households less permissive than mine, of all the girls that wouldn’t have been allowed to even think these things, let alone discuss them. I have to recognize my privilege and use it in a way that will benefit them. The fights I have are not for me alone; they’re for my sisters, my cousins, my friends, and every girl who’s ever been told not to wear that outfit lest Auntie thinks she’s one of those girls.

I will never understand why these things matter. What do your sexual history or your teenage partying habits have to do with your ability to be a good wife and (possibly) a mother?

Does the number of boyfriends you’ve had hinder your ability to keep a marriage alive?

I am problematic, but that’s okay because anyone who’s ever made a difference in the world has been too.