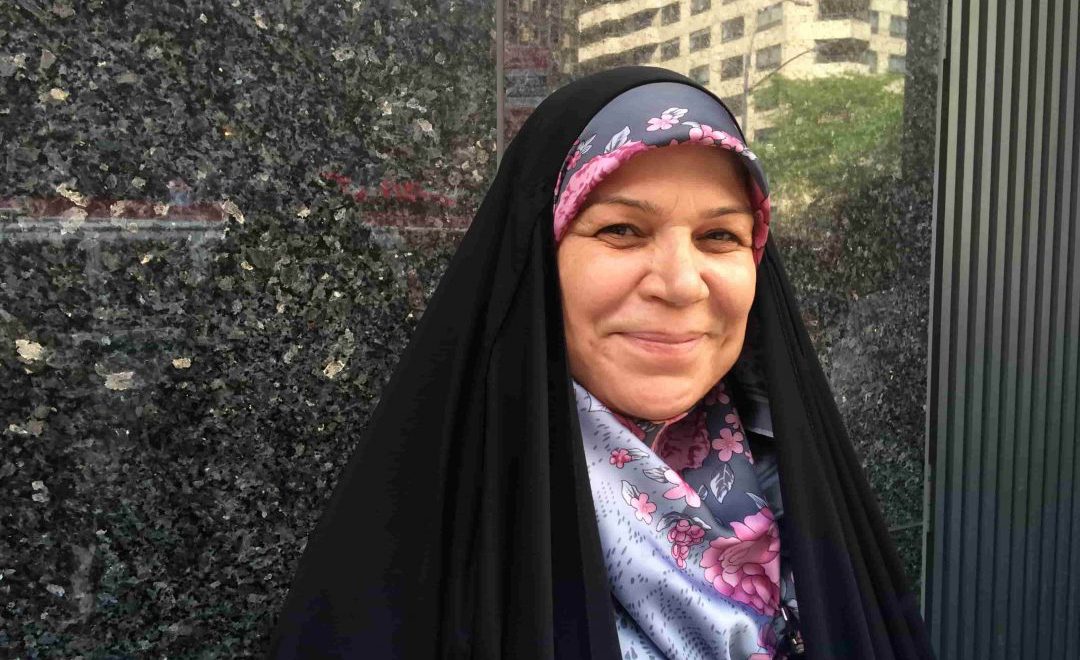 ‘My 15-year-old son, one of the best students in our province, decided to take up arms and go to battle without informing me or his father. It was a big shock for me. I thought that my son would go to battle and die. For around 20 days I searched for him.’

Fatima al-Bahandly was able to convince tens of other young men to disarm, along with her own son. She is the director of Al Firdaws Society, an NGO founded in 2003 in Basra, Iraq. She works to demobilise and reintegrate young people and children who have been recruited by militias. She has overseen a number of projects in a range of areas, including issues of literacy, conflict resolution, women’s political participation, and violence against women.

What is the nature of your civil society activities?

For 12 years, Al-Firdaws have been working to protect women and girls affected by war, and to strengthen their role in peace-building. We work in areas where women are marginalized the most, such as rural areas, to provide education and build skills to end violence towards women. Women, especially in the South, often fall victim to early marriage, or may be forced out of school. Al-Firdaws tries to raise awareness of the impacts on young women. We work with moderate clerics, tribal leaders and peace-loving people and organisations. We call on religious clerics to use more equitable and respectful language when speaking about women. We explain that women have an important role to play in our society. We also work with young people to combat rising militarisation. We teach them that to be good men, and good Muslims, they should serve their community and society. We work to change their perceptions about women.

Many young people resort to extremism in the name of religion. We help them reflect on what drew them into extremism. The language of faith is being used to make them believe that extremism and violence are deeply rooted in Islam. They co-opt Islam in order to get young men to kill and perpetrate all kinds of violence. We reject these interpretations. We fight fire with fire. We use the same language to show that in the Qur’an there are many verses that command us to treat our sisters and brothers in a respectful way, to reject violence and to respect diversity. We use the Qur’an to replace their extreme beliefs with support for pluralism and peace. Slowly we have been able to encourage people – especially young men – to engage in constructive work in their communities. We have rebuilt derelict schools. We have replanted trees as symbols of peace. We have been able to convey a message of tolerance and peace and inclusion. We encourage young people to feel a sense of pride and purpose.

Fatima works with youth to combat the militarization of society that has been on the rise.

How difficult is it to run a civil society organisation in Iraq?

Since 2003, Iraq has witnessed daily violence under several different names: al-Qaida, al-Zarqawi and Daesh. We have been living in a continuous state of violence, not just due to foreign interference, but also at the local level. In 2006 and 2007, there were many cases of violence perpetrated by so-called ‘religious clerics’. They killed young men just for having long hair or tattoos. They killed women because they were unveiled. This period was the worst, especially in the south of Iraq. Civil society activists were under threat at the time. We worked in secrecy. We were accused of working for the West and opposing Islam and shari’a. Many young men and women working for foreign organisations were killed.

Work is still progressing very slowly due to various barriers. Most of these are due to the government. I have been asked to attend the intelligence office three times to be investigated. In one instance, I had organized a festival for International Friendship Day. I had invited 150 young people who had become involved in the new ‘people’s army’. After religious leaders called on the public to form militias to push back against Daesh, ‘people’s army’ units – separate from the Iraqi army – were formed by militias and members of parliament. More than a thousand people attended our festival to promote peaceful tolerance. In the middle of the festival, intelligence services arrested me and two young people volunteering for my organisation. The two young men were tortured. I was accused of receiving external funding to overthrow the government.

Civil society in general is under surveillance by the government, federal and local. They have exploited Daesh’s invasion in order to restrict civil society. Local governments and central governments are preoccupied by their own political and personal interests. Financial and administrative corruption is widespread. The international community did not intervene to stop this occupation. The foreign media does not adequately cover Daesh crimes against minorities in the name of Islam. In Mosul city about 400 children were killed because they refused to join Daesh; more than 400 women were raped.

How are young people vulnerable to radicalisation?

There are many factors encouraging young people to leave school and join armed groups. Fatwas supporting Deash, the frustration of dealing with unemployment, low levels of education: all this enables them to feel like heroes in uniform – with a salary to boot. I was concerned for my own children, but also for other children who might get killed in the conflict.

The main factor that led me to this work was the fear of losing a son, and the confidence the community put in me. My 15-year-old son, one of the best students in our province, went into combat without even informing me or his father. At the time, I was taking part in a conference in Baghdad. My eldest son called me to tell me that Ahmed had sold his new phone to buy a military uniform and join the fighters. I was shocked. I searched for him for 20 days. I wanted to know about the situation of the other young people on the battlefield too; whether they had enough food and a suitable place to live. I found out that that my son had participated in a military attack. I accompanied the Iraqi armed forces, going through areas which were held by Daesh, houses belonging to Daesh which were full of weapons and explosive devices made by the group.

How did you convince your son to disarm?

After five days in Salah El-din, my son returned on leave. We talked. I said the community needed him. I tried to convince him to complete his studies and become a doctor or an engineer, so he could be more useful to the community. I told him that if he was unwilling to complete his studies, he could benefit society in other ways. ‘When you grow up, you can play a great role in peace-building,’ I told him. And so I convinced him to return home.

Convincing my own son was not enough for me. I thought about all the other mothers who could not go to the battlefield and retrieve their children. I tried to convince more young men to return to their schools and communities. I used texts from the Quran. I told them that God had not created them to die or kill, but to worship, to serve their society and to continue their lives.

How else do you challenge extremism?

I have organised discussions and festivals with university students. We took group photos on World Youth Day and World Peace Day. We reclaimed events which have been seen as taboo. Valentine’s Day has always been seen as a Western celebration. We took a group of young people to visit a nursing home and give roses and gifts to the elderly residents. We taught the children that Valentine’s Day calls for love between brothers, husbands and wives, friends and neighbours.

Fatima working with moderate clerics and tribal leaders in Iraq

We visited churches and synagogues to teach them that the religious pluralism is acceptable. The Quran says, ‘We made you into nations and tribes, that you may know each other.’ God did not say he made us exclusively into Muslims. We told them that jihad does not necessarily mean that you have to fight people with violence, and that there are other ways to relate to others in a civilized society. Another verse from the Qur’an says that if you permit one soul to live it is as if you have enabled the entirety of mankind to live.

How do you choose which projects to work on?

I decide on projects through an assessment of the immediate needs and challenges of each specific community. Our strategy is to scale up through involving community and religious leaders, academics, NGOs and, of course, through working with volunteers. Designing projects for women is different than those for men or young people.

Most of our projects are funded through the community, but this varies depending on the size of project. For example, last February, two tribes in Basra were in conflict. Men from each side were killed. When someone kills a man from another tribe in Iraq, he has two choices: give ten women to the other side, or pay millions of dinars. The winning tribe this time asked for 51 women. I couldn’t wait for a donor or funding in order to intervene. I tried to moderate a dialogue between both sides. I was not able to do this personally, but by drawing attention to the case, others intervened. The amount owed was reduced and then paid in money, not through the exchange of women.

How do you see the role of women in peace building?

Women are the majority in our societies. When women are weak, the family and society will be weak as well. If women cannot play their role within the family and the local community, then society as a whole suffers from instability. Peace-building requires strong women who are able to claim their rights within the family so that they can turn hatred and violence into tolerance and peace. 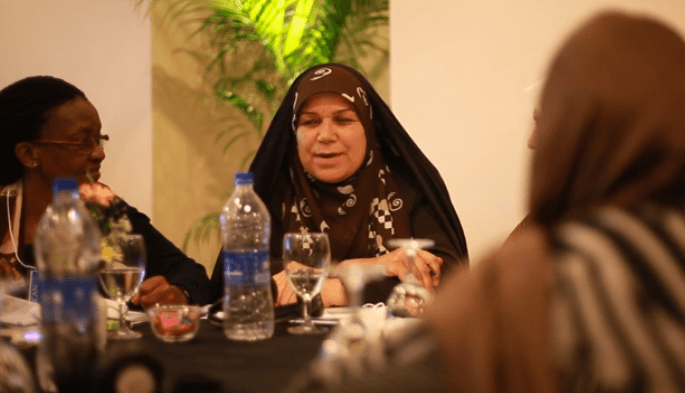 When we provide political, economic and social support for women, they will be able to spread peace. I hope Iraqi women can have a role at negotiation tables in Iraq and at the UN Security Council. I think if peace is achieved, then women’s rights and human rights will be easier to work on.