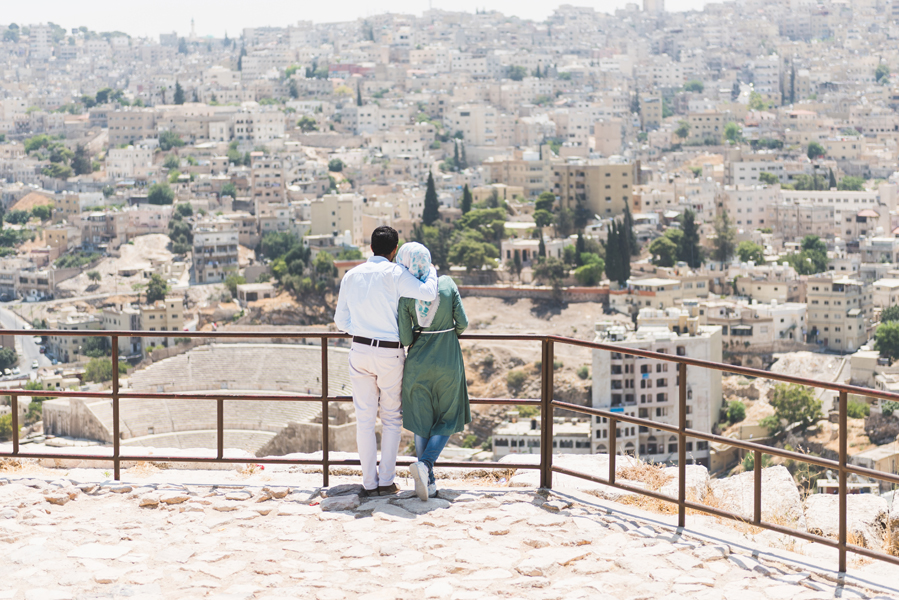 We need to talk about the Personal Status law

It’s an open secret among women activists in the Muslim world that we will never be truly independent and liberated until the personal status laws in Muslim countries are drastically revised, reformed – or, better yet, debunked. These laws starkly articulate the injustices of living under the dictates and authority of a patriarchal system, hidden behind archaic and biased interpretations of religious texts.

In Jordan, nothing would better indicate a real political will to equalise the status of female citizens to males than tackling this law once and for all. In fact, nothing would showcase this will more clearly than if this law and its constitutional justification in Articles 6, 105 and 106 were thoroughly revised to ensure synergy with the requirements of full citizenship, and respect for the humanity of both men and women within a modern civic state.

This would mean that the ability (ahliya) of women are no longer questioned or debated, rulings on family affairs are extracted from a solid and serious reading of the lived reality of families on the ground, and religious texts are opened up to interpretations made with reference to a modern state’s requirements.

What Muslim women want is a creative solution similar to that achieved in Morocco. Through the collaborative efforts of Islam’s experts, clerics, Moroccan women activists and the judiciary, and under the guidance and political patronage of the King of Morocco, it was possible to arrive at a negotiated, creative and progressive version of the Personal Status Law. This is referred to as the Mudawana. It safeguards the rights of women and men equally, and is in harmony with both the spirit and letter of Islam.

Women have often been silent, or ‘strategic,’ about expressing their true feelings towards the dictates of personal status laws because they find themselves trapped by the politically driven or patriarchy-sanctioned messages about what this law represents. Patriarchal traditionalists and political parties using Islam as their popular platform have created a link between the Personal Status Law and the supremacy of Islam. This makes it difficult for activists to openly contest it without drawing wrath from critics.

Women and other human rights champions who have contested it have immediately found themselves labelled as liberals, secularists, atheists, irreligious, disrespectful, as agents of foreign agendas, as seeking to weaken society, as advocating for the dismantling of the Muslim family – amongst a host of other labels and accusations which are intended to intimidate and frighten any advocate challenging the status quo.

But the reality is that the law, by any fair reading of its impact on the ground, has been often found to have devastating effects on the lives and livelihoods of women and children. It is unable to deliver one of the most important dictates of Islam: justice for all Muslims equally.

In 2010, the Supreme Justice of Jordan wrote a letter accompanying the proposed amendments to the draft Personal Status Law, saying that the new law was revised to allow for interpretations from different schools of Islam, for scientific advances, and to be in harmony with the constitution. That was a brave step taken by the foremost religious authority in Jordan. It sent a positive signal that Jordan was ready to enter into discussion over the reform of a law that touches every household in the country. The Personal Status Law sets in stone the power imbalances in relationships between different family members, based on their sex and their relationship to a male guardian.

Yet, this discussion never materialised into any real dialogue over the eight years following the introduction of the temporary law. The implementation of court rulings relating to the Personal Status Law during this stretch of time continued to follow a strict and patriarchal interpretation of text, without taking into account the facts on the ground that render its rulings unfair and discriminatory. This included failing to account for reinterpretations of religious texts.

Divorced women who are caring for children often find themselves with unrealistically low alimony payments because their former husbands hide their assets by placing them under the names of other relatives, or they provide fake documentation in order to declare lower levels of income. The all-male assessment advisors appointed by the court to calculate the alimony payments have neither the power, the resources, nor the will to thoroughly investigate the facts. Therefore, it has become common practice to determine unrealistically low payments to the wife, usually in the two-digit range. Women, facing an all-male assessment committee, shy away from discussing their needs or requirements. Thus they risk losing the financial compensation they feel they would have received if they had female assessors with whom they could discuss their private affairs more openly.

Women who have contributed to the finances of a home for decades, quite often taking out loans against their meagre and hard-earned incomes to fund the purchase of a family home or other large asset, may end up losing their investments upon divorce. All marital assets are considered to belong to the husband, unless they were expressly registered in the wife’s name. Even if women have not taken jobs or loans, the law does not adequately recognise the monetary value of the ‘services’ they provided during the years of marriage and does not provide for the equitable division of marriage assets upon divorce. Compensation payments for decades of marriage have largely stayed under the JD 2,000 ceiling.

Widowed women also do not have the right to inherit their hard earned assets, again whether through work or ‘services’ provided over years of marriage. The priority is divvying up the assets to other inheritors, inequitably divided between male and female offspring who have played no role in accumulating the marital wealth.

In this day and age, grown women who are given the care of underage children when widowed are not automatically given control of the finances to deliver that care. They are instead held hostage to an asba (hierarchal list) of male guardians, who can dictate how much they spend and under what conditions.

How is it that a woman can be trusted with the lives of young human beings, but not be trusted to manage the funds to pay for their care – just because of her sex? It is clearly a ploy to deny her financial control; to keep her hostage to the will of her male guardians who continue to hold the purse strings while assigning her all the duties of caring for children.

More affluent or empowered women are able to apply to the courts for access to funds, and I understand that there are cases where they have been granted parental responsibilities; but what about the less affluent women, or the ones who live under the dominance of their male guardians, or who fear being stigmatised by their communities for falling outside the traditional rulings. Who stands up for them? Who protects them against abuses of power?

The state is required to consider the affairs of all its citizens, regardless of their sex. It is not acceptable for the state to hide behind the cloaks of tradition, patriarchy, or even religious interpretations to avoid controversy or upset when the basic rights of female citizens are being denied.

The 2010 temporary Personal Status Law has now been sent to Parliament for review by legal committees in the parliament and senate. Women activists have requested meetings, and have been given access to discuss their views with members of the committees. In those meetings, the conversations were charged and difficult. In some instances men were demeaning to the activists and dismissive of their views.

The former government was probably hoping to return to the old and much more rigid and patriarchal law if the new Personal Status Law didn’t meet its constitutional deadlines when it sent it forward to Parliament. Yet, it is imperative, especially due to the change in government since that step was taken, to reconsider the law and launch a process of legal and judicial scrutiny of its impact. There is also a need to carry out a wider consultation to gauge how best to amend the law so it meets its responsibility in addressing the situation of women and families on the ground.

I do not know what recourse the government has in hand to avert the apparently irreversible slide towards ratifying the law as it is. It is very clear that the government needs to halt the process and reconsider at the highest level what message it is sending to its women and men by passing a law that treats women as subordinates to men within the modern Jordanian family structure.

How does this tally with the state that we claim to be building? Are we really not able to hold a national conversation and reach a consensus on exactly how to elevate the Jordanian family to something that is recognisable in this 21st century? Do we really believe that women are inferior and less valued human beings than men? Do we really believe that women are deficient in their abilities? Let us ask these questions and then determine our path based on our answers. We need to hold this difficult conversation. It is long overdue.

Nermeen Murad Garlick is a long-time political analyst/commentator with deep knowledge of Jordan’s internal and regional political influences and developments accumulated through years of writing on Islamic movements, national power brokers, democratization processes and institutions, as well as regional developments including the Gulf wars, the Middle East peace negotiations and radicalization. Nermeen is also an experienced human rights and gender expert, currently leading a large gender equality and female empowerment program in Jordan.