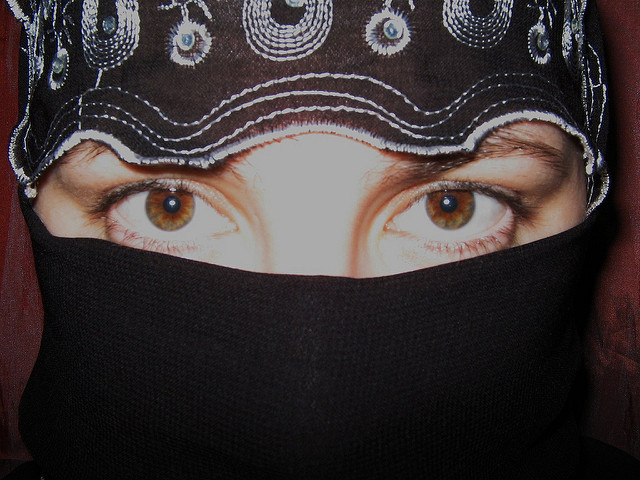 I am 28. My father used to physically abuse me, and when I sought help from the authorities I ended up locked up in the Dar Alhimaya ‘protection home.’ Technically, it’s a prison. I will only be allowed to leave if my father chooses to take me back.

I am 63. I’m a retired grandmother, but still legally a minor. I’ve had many guardians; first my father, then my husband, my brother, and now it’s my son who has the legal right to allow or ban me from traveling to visit my daughter who lives abroad.

I am 22. I got married last year to my cousin. I don’t know him or love him, but I accepted the marriage because it was the only way to leave my family’s home.

I am 15. I just became the second wife of a man 25 years my senior. My father told me that this is for my own good. That I’m a woman now, and that my husband will spoil me and bring me gifts.

I am 25. I’m a lawyer. The stories that I see just break my heart. The legal system is extremely biased against women. I can’t do much to help or I’d be putting myself in danger. I hate seeing the government parade its efforts to ‘empower women’ including how ‘now we even have women lawyers’ when in reality you can only be a lawyer if your guardian agrees and even then, you can’t really do much to help your sisters who suffer.

I am 41. I’m a divorced mother of three. I take care of them completely on my own, financially and otherwise. My ex has been an absentee father for most of their lives, yet there’s a lot I can’t do for them, including traveling with them, because I can’t be their guardian, I’m just their mother.

I’m 24. I’ve been locked in my room for the last year because my family found out I was talking to a guy. They believe I brought shame to the whole tribe. They keep telling me I’m lucky they didn’t kill me to ‘wash away the shame’. I don’t know if I’ll ever be let out.

I’m 22. My father was sexually and physically abusive. I feared for my life, so I ran away from home. I just wanted to work and live in peace. My father reported me as an ‘absentee.’ So, I was detained. Now I’m locked up and will only be released to him if he chooses. I doubt he will. Even if he does, I’d rather spend my life in prison.

I am every Saudi woman and girl…

I have many names but I remain nameless, and faceless.

I am a perpetual minor who’s assigned a guardian regardless of my age. My whole life is a matter of luck depending on what man I get to have as my guardian.

In the worst-case scenario, you wouldn’t even know about me. I’d be buried behind thick walls, or under the ground, and soon forgotten.

In the best-case scenario, I’ll seem to have a decent, even privileged and luxurious life. But I know very well that the guardianship system keeps me in check. I could lose all my privileges any moment my guardian feels that I’ve ‘crossed the line’ of social norms.

I live in an extremely misogynistic dictatorship, which is prolonged by sustaining the satisfaction of tribal men, who consider women nothing more than property, and who will revolt in hordes if they sense their authority slipping away. This has created a system that has enslaved women to men for over a century. Women to them are nothing but collateral damage in an effort to keep the dangerous masses contented. The system then goes on to ban freedom of speech and any kind of public-driven reforms as anti-law or anti-government movements, and imprisons those who dare speak up.

I am silenced, so please be my voice. 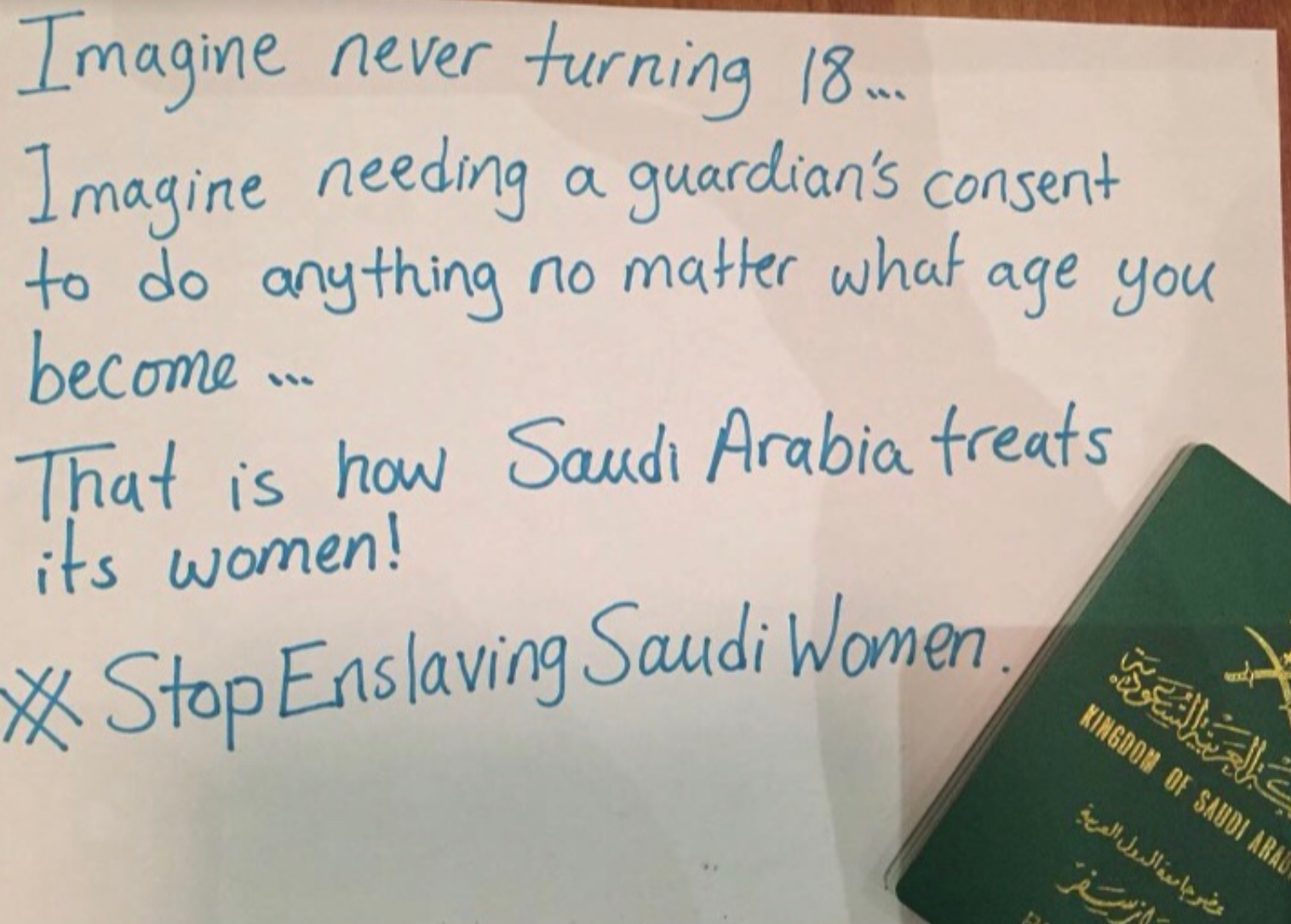