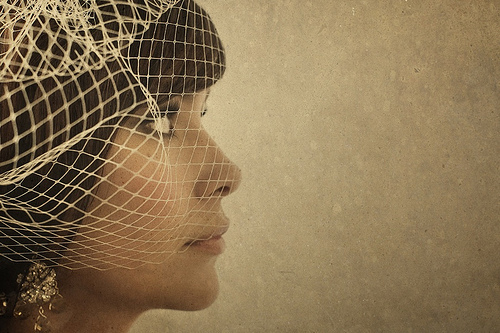 I was 26 years old and home visiting my parents. We were having the same old argument – marriage. This time the conversation centered on why I saw no point in meeting a 36 year old settled in Chicago while I was happily living in New York. I was flabbergasted when suddenly, these unthinkable words came out of my mother’s mouth, ‘He was the only one who wanted to talk to you after we told him about your vitiligo!’ My father followed, more gently, but nonetheless reinforcing the message by saying, ‘I do sometimes worry that no one will marry you because of your skin.’

By ‘no one’ and ‘only one’ my parents were talking about the people involved in the rishta game – a marriage marketplace where women are judged by their height, weight, appearance, and age. And, men, well, I think we’re supposed to be happy they turned up. If we really want to analyse who was saying, ‘No,’ to my parents when they mentioned I had vitiligo, nine times out of ten, that was some guy’s mother.

You could imagine the punch in the gut I felt when I heard such harsh words coming out of my own parents’ mouths. Why were they in such a tizzy? If I had to do an analysis, I would say a lot of things were in play here, but most recently the marriage of my brother to a non-Muslim woman, which, of course, they were taking out on the younger female sibling. More and more children in the community were marrying non-Muslims. I had just started graduate school – I loved every minute of it and had received a partial scholarship for the first year. I was working my butt off to ensure that I would keep it for the second. So, meeting someone really wasn’t at the top of my list – but in my parents’ mind I was inching closer to 30, and when the clock struck midnight, I would turn into a pumpkin or something.

The other thing I wasn’t thinking about was my skin. Vitiligo is a condition that causes you to have no melanin in your skin – so basically you have white patches in certain areas. I have had it almost all my life, starting when I was six years old with a small patch on my thigh. Being doctors, my parents had all sorts of tests done and found that it was, thankfully, just cosmetic. It did, however, spread all over my body, and at times all over my face. I got teased and stared at. Kids said I had skin cancer. I had ‘wounds,’ if you’d like to call them that. But by the age of 26, after trying to treat my skin for years I had some perspective. I knew people had battled much worse. I was also in the best shape I had been in my life, looked great, and was living in New York City, where looking different equaled looking cool. I seriously couldn’t have cared less.

That conversation with my parents hurt our relationship for years to come. I didn’t trust their perspective on my life in many ways. I wasn’t sure that they wanted what was best for me, or even saw me through the loving eyes of a parent. If the word “marriage” came up, I would walk out of the room. It took years for me to admit to them that I had lost my faith in their ability to advocate or even ask about suitable ‘matches’ on my behalf. Worst of all, it added a tiny voice inside the back of my head, asking the question my father had asked – would my vitiligo hold me back from a risthah?  This is exactly what makes the system so pernicious.

The irony of all of this is that I never really wanted my parents looking for ‘matches’ at all. I never trusted the game. I don’t begrudge anyone who has successfully found a rishta through their parents or network. I do begrudge the way in which women in particular, seem to become dehumanised statistics for parents to approve or disapprove. On top of that, because parents are often the people sharing information about their children, the information is incredibly selective — anything that could be construed as negative is conveniently omitted — for instance, the fact that he actually has a girlfriend and chose not to tell his parents (yes, that has actually happened to me). With the gift of more than 10 years of hindsight (and still unmarried), I can see where my parents were coming from. They were trying to be honest brokers in a dishonest system, which ended up telling them that their daughter was not worth much. They quite simply panicked. Pulled into a world that says that career, social status, and looks matter above all else – and raised in a culture in which they have not taken care of their daughter until she is settled with a husband, they were distraught.

Thankfully, together we have gotten past that point, if we’re not 100% on the same page, at least we’re willing to acknowledge that Alhamdulillah, I am self-sufficient, and it is more important that I meet the right person rather than any eligible Muslim man. I just pray that as we become a multi-generational community of Muslims in America, that we are better to our daughters and our sisters and value them for their intelligence, community engagement, kindness; their inner beauty. To this day, well-meaning aunties and uncles will console me for being unmarried. Uncles have offered to talk to me about my skin. I would like to tell these aunties and uncles I could probably write a book about why I’m 37 and single, and my vitiligo wouldn’t even make the list. Instead, I just smile, nod, and politely walk away. Those tiny voices of self-doubt, which at one point became shouts for my parents, have been swatted away by a realization that given the choice, we’d rather sit out this game than play when there is no one there to referee.

Ayesha S. Ali is an International Development Professional based in Washington, DC via New York City and St. Louis, MO. She has lived and worked in India and West Bank. A proud American, Muslim, and Pakistani, she considers herself a progressive and an activist.