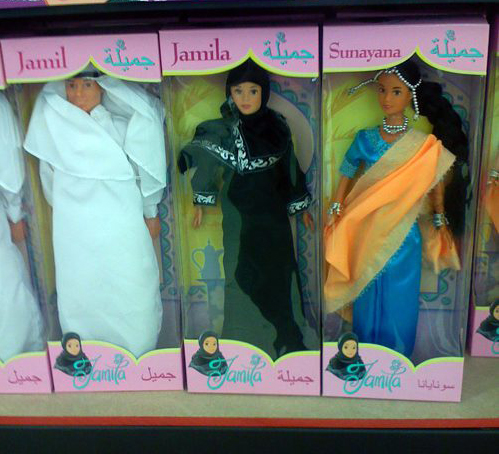 The South Asian quest for Arabness

Maybe you share the blood of a long-gone Mughal prince, a nawab or his obscure relative. Maybe you are distantly related to the Quraysh. Perhaps, tucked inside a wooden heirloom, left behind by dead relatives, lies the beard hair of the Paighambar. How did it cross grave, desert, sea and jungle to find a resting place in your grandmother’s Godrej wardrobe? Our best guess is Allah’s worst guess.

Five years ago, I visited Gumbaz, the mausoleum of Tipu Sultan. More than two hundred years have passed since the tiger of Mysore was slain in battle, yet, even today, mourners, always shrouded in burqa, will disturb his slumber with soft wails for reasons best left undiscovered.

In his time, Tipu Sahib was convinced of his [likely fabricated] Qurayshi ancestry, a tradition passed down from insecure Muslims before him. Over hundreds of years of Islamic rule, a sprinkling of West Asian ancestry is a given — genes loaned in trade and conquest. In any other world, these are anthropological statistics. In Asia, it is a war of lineages; and so the struggle to find kith in Arabs, Persians and Turks using all manners of genealogical jiggery pokery— blood lines traced by words to nowhere in Damascus, Istanbul, Esfahan, Mecca and Aden.

For South Asian Muslims the challenge is two-fold: to belong to a higher order of humanity, mimicking the Bammans, and to prove they are racially equal to West Asian Muslims, who’ve historically fancied themselves the ideal Muslims. So it began: the Syeds and their variants: Peerans, Makkis, Khaleels and whatnot, improbable and self-proclaimed descendants of the Quraysh, superior to Hindu converts to Islam, those impure Muslims made from the Dravidian soil, sometimes black, sometimes red.

Back at Srirangapatna, across the graves of Tipu Sultan’s orthodox family, a crowd — of what seemed to be mentally deranged men and women — had gathered around a make-shift stall. The fuss, it seems, was over an eyelash that had the largest eye goop I had ever seen still attached to it  floating in a china dish. My mother warned me not to laugh — to let it go. A tall man, beard veiling his plump neck, in the most matter-of-fact baritone, spoke: ‘Yes, this is the Rasulullah’s eyelash’. When connection to the Paighambar is frail, it is always preferable to rely on a body part that escaped his grave (unchanged in one thousand four hundred years).

In our lesser Dravidian brothers, the Muslims of Hyderabad, and Northern Mussalmans, the desire to be one per cent Arabish is extremely serious. So much that if I had a coin for every time a Hyderabadi went on at length about his Nizami button collection, I could line them from the Falaknuma to Gumbad-e-Khizra. Coins, I have been told by a great-great relation, we inherited from our Bahmani ancestors.