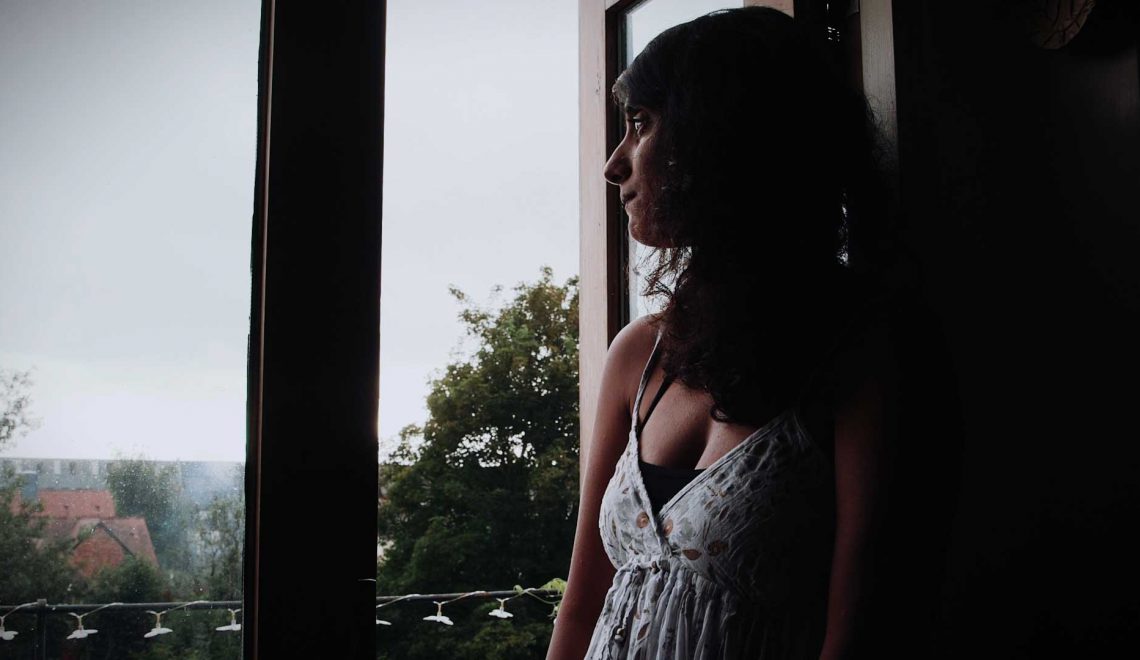 We who watch the audience

I watch a video of a speaker accusing people like me of ruining society with immorality, condemning us to Hell. I feel fear and anger, but I’ve also heard all this before. The articles, books, and videos blur together in my mind. I am condemned for being South Asian-American, Muslim-background, non-religious, queer, female, and for so many other aspects of my life. I am condemned in so many ways that even if I felt inspired to ‘fix’ any of these things about myself – and I don’t – I would still be condemned. Even the poet Dante assigned me to the Inferno (two different circles of it, no less) though he managed to do it in terza rima. But Dante is dead, and I can read his poem with some measure of detachment. It’s more difficult when the speaker or writer is considered a ‘community leader’ and when the book quoted is often still cited as a justification for bigotry. I worry what the audience thinks about me when they hear and read these messages. It’s even more difficult to hear the audiences cheer for bigotry; the cheers often hurt even more than the words themselves.

I was reminded of these experiences while watching Deeyah Khan’s new documentary Islam’s Non-Believers, in which she shares the voices of ex-Muslims who face condemnation, bigotry, persecution, and (in some cases) even death for leaving Islam. The documentary includes clips of Muslim preachers condemning disbelievers (kafir) and apostates (murtad). I am very grateful for this documentary – for the bravery of those who participated, as well as the talent of those who made the documentary. Being branded an apostate is a difficult thing to face, even for those for whom the label is inaccurate, and obviously for those for whom it’s true. The conversations around this documentary, as so often happens in conversations about the experiences of ex-Muslims and other minorities within Islam, have brought up the topic of media portrayals of Muslims and the potential for the media to influence the public’s opinions. Whenever I hear commentary, I’m also often painfully aware of how media can influence people’s views.

I’m passionate about positive and accurate media portrayals of marginalised and underrepresented demographics. I often discuss media representation in my favorite stories, including my recent essay on Kamala Khan. This support for better representation often comes with certain difficulties, because the desire for positive portrayals to counter discrimination can sometimes lead to support only for portrayals that erase very real problems within minority communities. One of the challenges many of us face is that we are ourselves discriminated against by people who are themselves also discriminated against. This leads to situations where media stories that accurately portray some of my experiences look instead like negative portrayals of Muslims as part of a wider environment in which Muslims are rarely portrayed positively. There are documentaries about honour violence or discrimination against apostates that attempt to hold up a mirror to very real and dangerous problems that hurt people. There are also stories that aren’t even especially critical themselves, but the reaction to them shows that there’s a problem of discrimination within Islam. There are Muslims, for example, who oppose portrayals of LGBTQIA people, and don’t want their children to read books with LGBTQIA characters. This was illustrated by the controversy that occurred when Eiyhan’s picture book My Chacha is Gay was included a school curriculum. Some of these portrayals are important for minorities within minorities. It’s important that we are not left out when considering the importance of media.

There needs to be a greater understanding that we are all human and that we are all susceptible to being influenced by media. This includes Muslims too, a fact that some people in the religion have been reluctant to acknowledge. What is sometimes referred to as ‘our culture’ or ‘tradition’ or ‘real Islam’ is a result of what people have learned via parents, religious teachers, and various media sources. Sometimes, these messages may be condemnatory and at other times they may be subtler in their bias. Just as Muslims worry about non-Muslims learning anti-Muslim bigotry, many of us also worry about our Muslim family and friends learning bigotry about us. People can grow used to only seeing certain demographics portrayed in a certain way. We should acknowledge the importance of a diversity of positive media portrayals for Muslims, as well as a diversity of experiences people have within the Muslim community. We have to be cautious that we don’t allow discriminatory messages within the communities in which we grew up to teach us to oppose important media portrayals for others who also deserve inclusion.

We are not alone when we watch and listen to the audience; people of many demographics worry about how others’ opinions of them will be influenced by media. Our world is a complicated place, in which discrimination is part of the real world, and addressing this in media can take many forms – including counteracting discriminatory portrayals with positive ones, and examining discrimination to criticize it.

As is often pointed out in discussions of media representation: the larger issue here is that there is often a lack of media portrayals of people from marginalized demographics, making each portrayal (even those that are important for others who are also marginalized) carry a lot of weight. To increase diversity and inclusion, media should show the great variations in the human experience.