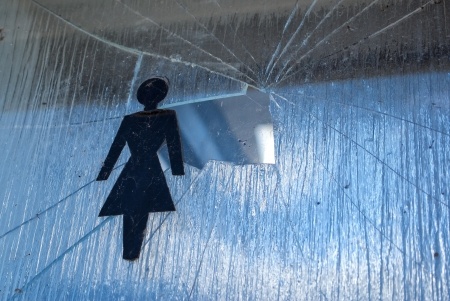 “She talked too much”

The murder of Qandeel Baloch does not come as a shock to those of us who have long lived with the rampant, violent misogyny that forms a core part of the culture within many South Asian communities. It should not surprise anyone that murder is a natural consequence of domestic abuse that goes unchecked, and a culture that harbours a pathological level of hatred and fear towards women and their sexuality. Murder and abuse do not take place in a vacuum.

The Violence against Women Survey 2011 by the Bangladesh Bureau of Statistics found that around 65% of women experienced physical violence at the hands of their partner and over 80% reported experiencing psychological abuse. Misogyny is deeply ingrained in these communities. When I consider the pain and havoc it has wreaked on me, it is difficult to comprehend the injustice of the level of violence against women occurring globally.

I remember another woman I had once knew who was also brutally murdered. My mother’s only friend, a Bangladeshi woman who lived across the road, was murdered by her ex-husband. She left several children. I was 14 at the time. This event would shape me. It continues to colour my views on the world to this day. Growing up in a patriarchal family and culture was one thing, but the abuse my mother suffered and the murder of her friend was an early baptism of fire into misogyny and brutality.

A heavy silence lay on our family. The physical and emotional abuse inflicted by my father continued.  It seemed this murder was just part of the landscape- a landscape of hatred against women. No one spoke about it. One day, with news of the murder still weighing on my heart, I searched online for any reports or news of the events. I found an article in the local newspaper which described the brutality of the murder and the fact that it was premeditated. I clutched these painful facts close to my heart, never mentioning a word to anyone.

When I asked my Mum about the murder years later, she expressed sadness but she also said something that I found very painful, she that her friend ‘talked too much.’ To this day, that statement hurts me beyond measure. It is clear that many women within these communities have internalised the misogyny, which they have been battered with since birth. Their mind-sets contribute significantly to the continuation of this culture of hatred and abuse towards women. Women are always to blame; we are viewed as inherently evil. It is not an exaggeration to say that the most brutalised of us are treated as sub-human. There is a quietly unspoken agreement by the community, that women deserve the treatment they receive at the hands of men, for the sin of being born female.

It is true that there are socioeconomic reasons which give rise to abuse and that domestic abuse and the murder of women is not limited to South Asian culture alone. It is a global problem that urgently needs to be addressed. Yet it cannot be denied that there is both explicit support and silent complicity by many in the South Asian community- both men and women – for this kind of policing and punishment of women. This issue needs to be brought out into the open. Abuse and injustice flourishes in darkness and in silence, behind closed doors.

It is time to open those doors and let the light and air in, to break through the culture of secrecy, shame and so called ‘honour.’ Like Qandeel and my mother’s friend, we should keep raising our voices despite those who would ask that we remain silent in the face of unacceptable abuse and murder.  I have lived with fear for many years. I have seen women silenced and have been silenced myself, but now- more than ever, I have come to believe in the words of the black feminist Audre Lorde; ‘I was going to die, if not sooner than later, whether or not I had ever spoken myself. My silences had not protected me. Your silence will not protect you.’

Fatima Ali is a British Bangladeshi who works in finance for a charity but has a keen interest in gender equality and mental health. Her particular areas of interest within these areas are domestic abuse and childhood trauma. She is widely read in these fields and intends to contribute to the understanding of these issues and has expressed a dedication to breaking the taboo around these topics, particularly within South Asian communities. She currently volunteers for The Sharan Project as a social media assistant.