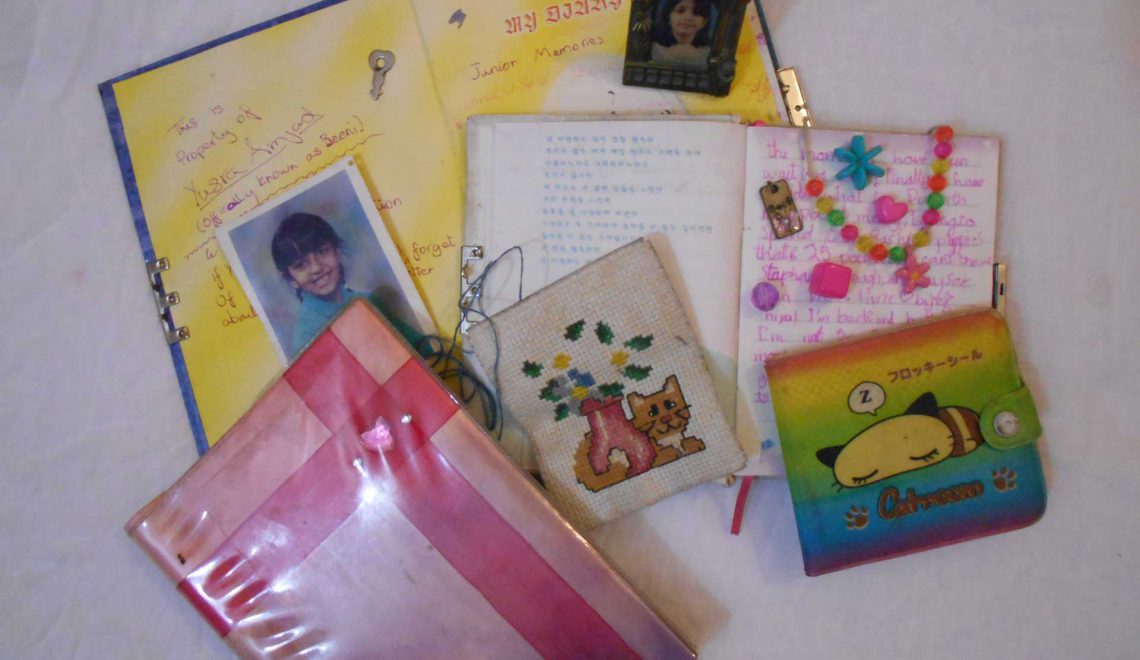 A conversation with my eight year old self

I’ve talked about CII’s Women’s Protection Bill proposal with a lawyer, my mother, my aunt, and my friends. My friend wants to start a CII-themed cooking show, where ‘we’ll all wear burkas and lightly beat things, like eggs and batter.’ The lawyer tells me how specific domestic violence laws and tribunals help victims get swifter – and in some cases life-saving – access to justice, as opposed to filing a case under the general heading of assault. Of course, this is largely irrelevant because the Women’s Protection Bill passed by the Punjab Assembly a few months ago does not, in fact, criminalise domestic violence. Once you’ve been beaten up, it’ll send you to a rehabilitation centre, it’ll even get your husband kicked out of the house, but it won’t send your abusive husband to jail.

Regardless of this, the bill is still too radical for most members of the religious right. (It’s probably also too radical for the secular, enlightened, Marx-reading and Faiz-quoting wife-beaters in our midst as well, but they know better than to call a nation-wide conference declaring so.) There are women much better qualified than me to talk about the law, and they have done so with regard to this bill. I wanted to talk to someone who could actually have been affected by domestic violence laws, who had a stake in the matter: my eight-year old self.

Eight was the age I decided to be a writer. Let’s ask eight-year-old Yusra what she wants to write about.

‘Fairies, (the kind living in flowers, not the kind with plastic wands), talking cats (all cats talk, I’ll just be a translator), and also witches, (not the green skinned kind, the Hermione kind).’

‘You’ve thought this through,’ I would say to eight year old Yusra. ‘Sounds like you want to write about magical creatures.’ Little Yusra would ponder this. She would eventually say,

‘Well, Yusra, it sounds like you can’t wait to grow up and put your imagination and writing talents into articles explaining why women deserve to not be physically abused by their life partners!’

‘Nothing. So, what you’re saying is, you want to write about everything.’

‘Is there anything you don’t want to write about?’ I’d ask. Little Yusra would think long and hard about this.

‘I wouldn’t write about mermaids, because it would be disgusting to live underwater and you’d have to touch fish and your fingers would be wrinkly all the time and also beaches smell bad,’ she’d say. ‘Also I don’t think I’d be allowed to wear those seashells,’ she’d add as an afterthought.

Little Yusra had lived on the Indus Plain her whole life and will not go to a beach till she’s ten, so how she knows that they smell bad is a mystery, but she’s certainly right about the seashell bikini.

‘Okay, no mermaids. Anything else you wouldn’t write about?’ Little Yusra would shrug, and I’d ask gently, ‘would you write about your father?’

‘I could.’ Little Yusra would say, taking my question as a challenge.

‘What would you write?’

Safety is a concrete concept. If someone isn’t physically violated and emotionally traumatised, we can assure ourselves that she is safe, and congratulate ourselves on a job well done. Freedom is difficult to define, to identify, and to create. It’s not that safety and freedom are opposites; it is simply that one cannot replace the other. Safety is from something, freedom is to something. Little Yusra doesn’t care about safety. She is one of the lucky few Pakistani children who have never been sexually abused. Little Yusra doesn’t cherish the absence of an abuser because it means she and her family are out of danger. She cherishes the absence of an abuser because it means she and her family can reclaim their agency. They can talk louder, listen to any kind of music, and visit their Nano as often as they want. Little Yusra has not yet been taught that the best thing she can ask for is to not be hurt. So she says:

‘And when he is there, you feel…trapped?’

‘More like…scared,’ Little Yusra would say. ‘Not scared for me, I mean. Scared for my mother.’

It is just as well that Little Yusra is only scared for her mother, because unlike Balochistan and Sindh, Punjab’s new laws only protect women from domestic abuse, and not children or any other family members.

‘Okay Little Yusra,’ I’d say, finally getting to the point. ‘You’re scared of the next time your father will hit your mother, right?’ Little Yusra nods while also silently wondering why I say so many obvious things. ‘Now this is really important, Little Yusra. I need you to tell me something, okay?’

Yusra Amjad is a writer and poet based in Lahore, Pakistan. She studied literature at Forman Christian College and her work has previously appeared in The Missing Slate, Crossed Genres, and Cities+. She blogs at www.awallettokeepyourpovertyin.tumblr.com