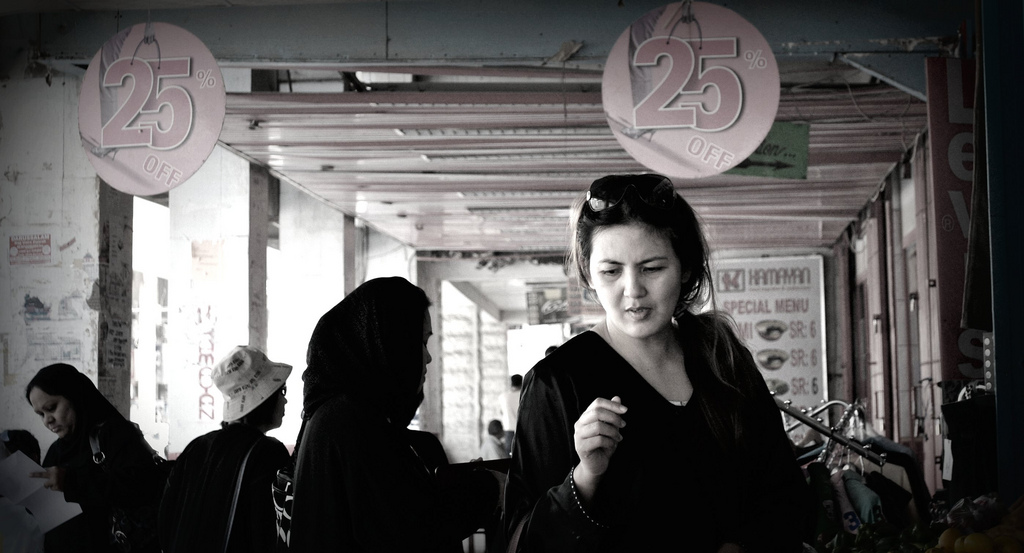 This Saudi woman is not a criminal.

Some said she ran away to join ISIS. Others said she has been brainwashed by the west. Some believed that she was lured by a cult that provokes women to fight the traditional system, and some diagnosed her with some kind of mental illness.

This Saudi 17-year old teenager made the decision to leave her family during a vacation in Turkey this summer, and succeeded in crossing the border to Georgia. She is now convicted with a criminal record for running away and stealing passports.

This 20-year old Muslim woman ran away from her family in Saudi in 2014. She wrote anonymously on www.reddit.com five months after her escape saying, ‘I stopped wearing black and started making eye contact with men and women alike. I still struggle with confidence and speaking up but it’s really cool to talk to people like a normal person, and not an intimidated husk of a young woman.’

This Saudi woman named Hind Al-Otaibi escaped her abusive father who raped and injured her. She was sent back to her father by social services after her father (an Imam in the Ministry of Interior) persuaded authorities to find her and take her home.

This Saudi woman named Sahar Al-Sharif, attempted to escape domestic violence and her abusive brothers by getting married. Her husband turned out to be even more abusive and brutally beat her during her first year of pregnancy. She almost lost the baby.

This Saudi female in her twenties married an American. She refused to enter Saudi Arabia until she was granted her US nationality, as she feared for her life as a Saudi national.

This Saudi female in her thirties made the decision to reside in the UK. She is attempting to claim her rights to a UK passport and refusing to return to Saudi until this matter is resolved.

These Saudi women are not criminals; they have simply made a conscious decision to live! They haven’t caused any harm and they still take their family into account. They are not mentally ill, yet it is likely that they are suffering from the effects of trauma due to enduring pernicious circumstances.

While media publications capitalize on their stories of struggle with stereotypical headlines like ‘escaping the ‘gilded cage’, women are publicly scrutinized and disparaged for seeking the least of their rights. For the record, it is not a gilded cage: it is a rusty iron cage chained with dated tribal ideologies.

There are no official records disclosed on the number of Saudi women escaping domestic violence, but according to various NGOs, the records show an estimated number between 1500 and 3000 of escape cases in the Kingdom.

‘The most important reason for women running away is ill-treatment. Civil society should admit the existence of such problems and avail itself of the sound and legal means guaranteed by the state in cases of abuse,’ lawyer Bayan Zahran said in a report on Arab News last year.

Before demonizing these women, consider the alternative they face and all the unmitigated efforts to negotiate for their lives. Then take a moment to consider the dangers they faced both prior to and during their escape and unless you can provide help or a constructive say in this matter, I urge you to step out of this.

My message to women who want to escape

Take solid decisions with caution. Be realistic with your approach. Your life is your choice and you deserve to live it.

Consider the facts and obstacles. You are living in a country that is governed by strict guardianship rules. Understand the rules to avoid being convicted.

If you decide to seek legal protection (contacts provided below) within the country, or asylum outside the country, you may be faced with obtuse reactions. Few will understand what you are going through. You will need to validate your complaint with evidence and documentation.

Bear in mind that the shelter homes provided by either of these sectors are temporary and in some are in direful conditions. In some cases a guardian may exploit his ‘rights’ of guardianship. Speaking up when subjected to any kind of injustice, before it becomes too late and you lose credibility. In the event you approach the personal status court in Saudi Arabia, they will require physical evidence of the abuse. Otherwise you will not have a case and will be sent back home.

In the meantime, I suggest you use the time to equip yourself with knowledge and skill. Earning a living is empowering and can help you live independently.  If you are reading this article, then you must have online access. This means that you can read, learn a skill or even get an online degree. You may even be able earn a living and work virtually – but beware of scammers.

I write this article in solidarity with every Saudi woman who decides to take matters into her own hands, but I also write this to shed light on a deeper rooted problem and question the structure of a civil society in Saudi Arabia.

Saudi Arabia’s male guardianship system remains the most significant impediment to woman’s rights in the country. HRW Humans Rights Watch has released recent campaigns to remove male guardianship, albeit insufficient to make a staunch shift in a male dominant society. It is still one step in the right direction.

‘It is necessary that the weakness of the powerless is transformed into a force capable of announcing justice. For this to happen, a total denouncement of fatalism is necessary. We are transformative beings and not beings for accommodation.’

― Paulo Freire, Pedagogy of the Oppressed

The Committee of Protection from Domestic Violence in Saudi Arabia:

A Muslim woman of Saudi British nationality and a creative individual, based in the UK. Founder and senior designer of ALGHALIA INTERIORS; an interior design practice and a contemporary Islamic furniture brand. A promoter of progressive thinking and an advocate of freedom.