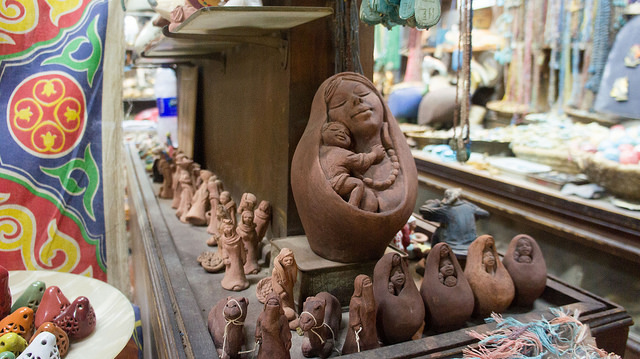 The consequences of pregnancy outside marriage for Egyptian women

Women in Egypt are not usually expected to have sexual relations outside official marriages. This makes it hard for issues around extramarital sexual relations to be publicly addressed. Even more so, since women are socially stigmatised for having sex outside marriage; worse still if they get pregnant.

‘The Egyptian state restricts sexual relationships to marriages which are officially registered by civil servants: Ma’zoon for Muslims, priests for Christians, or civil contracts for others. Within this society, the family’s consent and announcement matter more than registration, because these ensure that chaste women won’t be sexually involved in relationships which are religiously and socially unacceptable to their families and communities. That’s why clandestine marriage (urfi) isn’t socially acknowledged; because it is not announced,’ says Azza Soliman, lawyer and member of The Center of Egyptian Women Legal Assistance (CEWLA)’s Board of Trustees. Sex out-of-wedlock is considered a social stigma for many Egyptian women, who conceal it in secrecy. If a woman becomes pregnant and her male partner abandons her, she faces a horrifying prospect of choosing between unsafe abortion, abandoning her child upon delivery, or suing her boyfriend in order to prove parentage.

Articles 260-263 of the Egyptian Penal Code criminalize abortion, except if the pregnancy is endangering a woman’s life, and penalises women, doctors, and pharmacists involved in providing abortion services. ‘Outlawed abortion surgeries are expensive, and the pills needed for medical abortion are illegally sold at double the price. Illegal surgeries may cause infections and transfer sexual diseases such as HIV. Also, incorrectly stored pills may cause medical complications. This inaccessibility of safe and legal abortion drives women to get back to primitive methods for abortion such as the use of herbs or more violent ones, like jumping up and down while holding weights. These can result in uterine bleeding, vaginitis, and sterility,’ an anonymous gynecologist warns.

‘I couldn’t afford surgery. I searched the web for alternatives and finally got pills which were four times more expensive than their original price. I couldn’t have accessed appropriate health care because an official marriage contract is required in clinics,’ said an anonymous Egyptian woman. According to the gynecologist, ‘Time spent trying to access abortion may cause women to miss the nine-week period when abortion is safe. This may lead them to terminate their own life, not only their pregnancy.’ A UN study in 2013 shows that Egypt is one of the most highly restrictive countries in relation to safe abortion in the world. Unavailability, secrecy, and the fears of both prison and social stigma which are attached to unsafe abortion can lead women to develop mental illnesses such as depression and PTSD.

‘Criminalizing abortion deprives Egyptian women of their bodily rights. It is one of the main reasons for the Abandoned Children phenomenon,’ Soliman comments. This term refers to a phenomenon where inaccessible abortion leads some women to abandon their children after delivery. ‘Those children are left unattended at public hospitals, restaurants, or even in the garbage,’ asserts Hany Abdelfattah, who is a member of the Supreme Committee at the Ministry of Social Solidarity and director of Family and Childhood unit for abandoned children at al-Orman charity organization. When found, and reported to the police, policemen send abandoned children to public and private shelters. At al-Orman shelter, ‘We give the children fake parental names required for official registration for children so that they can receive medical and educational services,’ she says. These shelters known as ‘alternative care’ are monitored by the Ministry of Social Solidarity under the Child Law (2008), article 4.

However, the state prohibits adoption on the basis of Shari’a law. Islam does allow adoption, but prohibits giving the full name of the alternative family to adopted children, according to Islamic Feminist Studies scholar Abu Bakr, who is also member of the NGO Women and Memory Forum (WMF). The prohibition upon receiving an adopted family name on adoption suggests that those children remain socially stigmatized as ‘illegitimate.’

In such conservative circumstances, some women choose neither to abort nor abandon children. Instead, they can choose to sue their boyfriends, who often refuse to admit parentage. A young Egyptian woman Hadeer Mekawy posted a photo of herself with her newborn on Facebook on January 10, 2017, declaring that she was unofficially married to her boyfriend. When they broke up, he pressured her to have an abortion and stated that he was unwilling to give his name to the child. ‘My baby comes from an unregistered ‘urfi’ marriage and I am suing his father who denies his parentage,’ Mekawy posted on her Facebook page.

Soliman explains: ‘To officially register a baby born out-of-wedlock as a citizen, a parental lineage is required, because women can’t legally register babies under their own names as single mothers. Women are required first to prove marriage first, then paternity. Children remain unregistered and deprived of their rights as citizens, including medical care until the court’s final decision. And that can take years.’

The requirement to establish paternity is considered to be a right pertaining to the child. The Amended Child Law (2008) article 4 states ‘The child shall have the right to establish his legitimate paternal and maternal lineage, using all lawful scientific means.’ In 2015 the Egyptian Supreme Court ruled in favour of immediate registration when there was a suit, in order for children to receive health care. For Soliman, the 2015 rule ‘is not a very effective step since the final decision is left for the Judge’s consideration.’

But Hind Elhinnawy finds it ‘a great development. Now I know my years in struggle didn’t go in vain.’ Elhinnawy sparked wide controversy in Egypt by suing her ex-boyfriend and actor Ahmed Elfishawy in 2005. ‘I wanted to keep this child. Elfishawy refused to give his name to the child then left me. His parents and actors, Farouk Elfishawy and Somaya al-Alfi, threatened me. They produced a religious fatwa by Safwat Higazy, a cleric and friend of theirs, ordering me to abort my baby. This fatwa would have endangered my life because I was already in the fifth month. I waited for nearly two years to register my daughter, fighting media which sought to socially stigmatize her,’ Elhinnawy says.

‘Elhinnawy’s case drove the Egyptian court to include DNA tests to paternity investigations and to write the woman’s name in the registration form as a ‘mother.’ Meanwhile, a father’s presence is mandatory for full registration. If a woman loses the lawsuit, the children are given her father, brother, or uncle’s names and the child remains socially stigmatized as ‘illegitimate’ for the rest of it’s life,’ Soliman explains.

A legal study by UNESCO has demanded legislative and societal reforms to the Personal Status Law to eliminate discrimination against women. Abu Bakr thinks that these amendments should be considered along with more research into Shari’a which forms the basis of the law. Soliman thinks that it is not only laws that need to change; it is also the way that the state and society impede women’s access to sexual and reproductive justice.

Ghadeer Ahmed is an Egyptian feminist activist and a specialized researcher in Gender and Women's Studies.