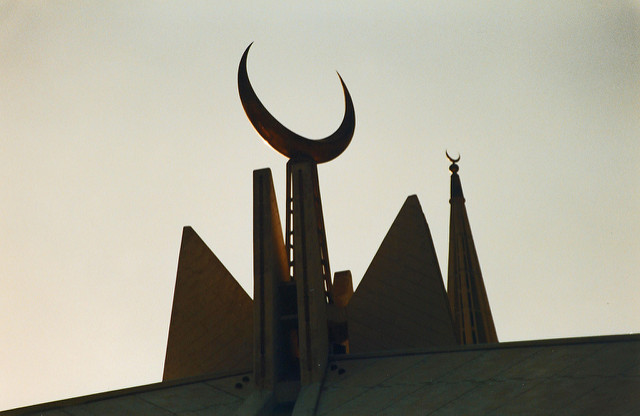 No country for dissenters

On April 13th, Mashal Khan, a journalism student at Abdul Wali Khan University in Mardan, in the Khyber Pakhtunkhwa province of Pakistan was publicly lynched for blasphemy allegations. Mashal and his friend Abdullah were accused of promoting blasphemy online. Both were notorious on campus for their secular views on religion and society. Mashal was dragged out of his hostel room and shot in the head and chest by a rampaging mob of hundreds. His body thrown from the second floor, stripped, beaten with sticks, and dragged across campus onto the road. All of this was recorded on video and posted online. On the 19th of April, Tahira Abdullah, a professor of molecular genetics at Punjab University in Lahore was found murdered in her home. She was a member of the Ahmadi Muslim community, who were legally declared to be non-Muslims in 1984; their very existence considered blasphemous. On the 22nd April, a mob attacked and broke into a police station in Chitral after the police arrested a schizophrenic man who had declared that he was Prophet Muhammed at Jummah prayers at a local mosque. When the congregants started brutally beating him, the Imam of the mosque handed him to the police for protection, fearing for the man’s life. Luckily, the police were able to disperse the mob and the accused’s life was spared.

This preponderance of anti-blasphemy violence is not a new phenomenon. In 2011, the governor of Punjab, Salman Taseer was murdered by his bodyguard after being accused of blasphemy after he publicly defended Asiya Bibi, a Christian woman accused of blasphemy. Federal Minorities Minister Clement Shahbaz Bhatti was also murdered in 2011 due to blasphemy accusations against him. In 2012, a girls’ school in Lahore was burned to the ground after blasphemy accusations, due to an error in the photocopying of a homework assignment, and after a Christian child suffering from Down’s Syndrome was accused of desecrating the Quran. In 2014, a Christian couple in Kot Radha Kishan was burned alive in a brick kiln, again, after accusations of blasphemy. That year, a mentally ill British-Pakistani man was convicted of blasphemy and sentenced to death. Earlier this year, five secular bloggers, critical of Pakistan’s military disappeared. They were later accused of engaging in online blasphemy. In March, Pakistan’s Prime Minister Nawaz Sharif ordered a ban on blasphemous content online, and promised to prosecute those responsible. Nine days later, the Federal Investigation Authority (FIA), the Counter Terrorism Department and secret agencies arrested the bloggers Ayaz Nizami and Rana Nauman for uploading blasphemous content. In response to their arrests, Pakistani twitter users ‘trended’ the hastag #HangAyazNizami, calling for their deaths.

After Mashal Khan was lynched, Pakistani social media became a battleground between those defending the actions of the mob and those calling for the state and judiciary to intervene. Leaders of all political parties, including the Prime Minister have condemned his murder (except the Jamiat Ulema-e-Islam, a pro-Taliban religious conservative party that defended the mob). Protests were held in Mashal’s ancestral hometown of Swabi and across all major cities. Pakistan’s Supreme Court has taken special notice of the case, asking the Inspector General of the Khyber-Pakhtunkhwa province to submit a direct report.

Are these signs of hope? Will Mashal Khan’s lynching be a turning point for blasphemy related violence? I don’t know. Liberal, secular and progressive Pakistanis have been openly condemning this toxic mix of religion and governance since its implementation in 1980s. We have been challenging anti-blasphemy laws for four decades without any substantial progress. Despite our efforts, our society has become less secular and more intolerant. It would be a mistake to view the recent large scale condemnations of Mashal’s lynching as progress. Neither Tahira Abdhullah’s murder, which occurred days after neither Mashal’s lynching, nor the incident in Chitral have been condemned with such ferocity. For Mashal Khan, the vast majority of Pakistanis, including our political leaders, waited until he was cleared by the police of his blasphemy charges before condemning his murder. Had Mashal Khan been found guilty of blasphemy, this public outcry would likely be non-existent. This pattern repeats over and over again. The assassination of Salman Taseer, a Sunni Muslim politician, resulted in large street protests and state efforts to find and prosecute his killers, while those who assassinated Clement Shahbaz Bhatti, a Christian politician, still remain at large seven years later. When the Taliban shot Malala Yousufzai, there were large scale country wide protests (although she was later maligned), yet when Hindu girls continue to be abducted, raped and forced into marriage by Muslim men, most Pakistanis remain silent (even with the existence of legislation against this). Mashal Khan’s murder can only be a turning point if the vast majority of Pakistanis choose for it to be so.

In the last seven years, there have been numerous opportunities for the Pakistani awam (people) to choose tolerance over intolerance, love over hatred, and humanity over tribalism. Yet we have chosen religious chauvinism every single time. For the last three decades, we have fanned the flames of intolerance and hatred. It is not surprising that these fires consumed someone like Mashal Khan, a decent, progressive and tolerant person. What else should we expect from a society that has chosen to demonize secularism, painting any call for the separation between state and religion as apostasy? Mashal Khan’s murder is not a turning point for Pakistan. It is a message to all dissenters and non-conformists that their existence is not welcome.

H Jafri has spent more than a decade of her life examining how ecological and evolutionary forces shape population and communities in nature. She is currently finishing her PhD examining how zooplankton behaviour influences lake ecosystems.