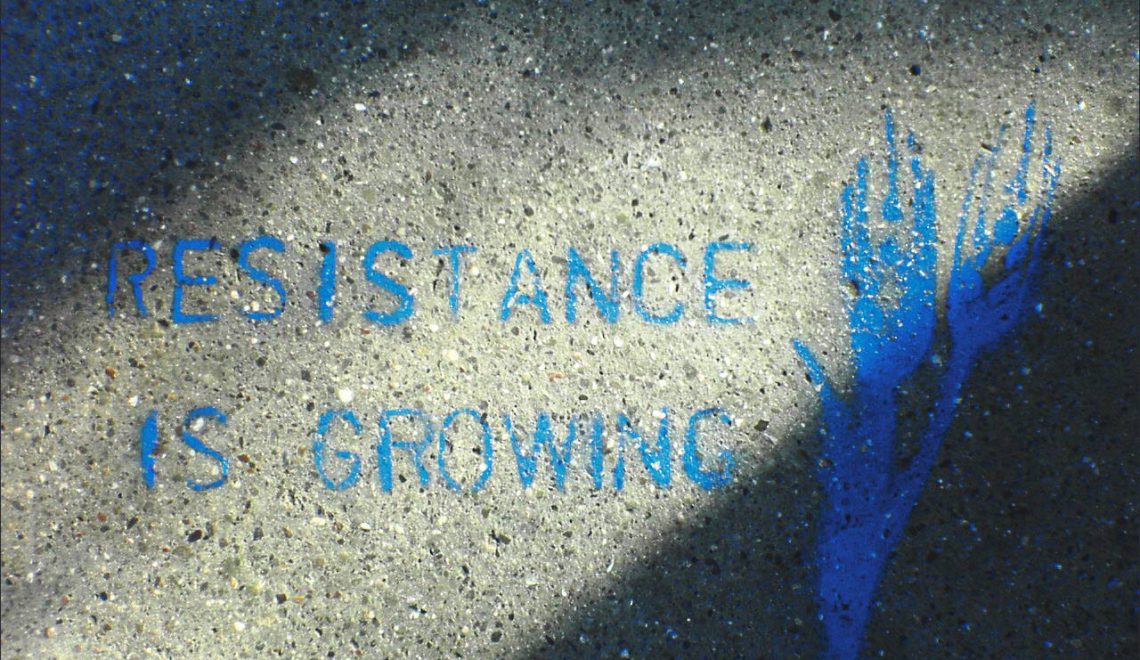 On April 10th, Dina Ali Lasloom, a 24-year-old Saudi woman, stepped off a plane in Manila on her way to seek asylum in Australia only to find herself detained by authorities in the airport. A video shows her left shoulder and the first few buttons of a grey coat that belonged to a Canadian woman, Meagan Khan. Meagan had met Dina in the airport and come to her aid.

In Dina’s own words, delivered in an unwavering voice:

My name is Dina Ali, and I am a Saudi woman who fled Saudi Arabia to Australia to seek asylum. I stopped in Philippines for translate (i.e., to transfer planes). They took my passport and lock me for 13 hours just because I’m a Saudia woman with the collaboration of Saudi embassy. If my family come, they will kill me. If I go back to Saudi Arabia, I will be dead. Please help me. I’m recording this video to help me and know that I’m real and here. The Philippines government and Saudia violating human rights and international law. I’m kept here as a criminal. I can’t do anything. I can’t go out. They took my passport and all my papers because they are waiting for my family to come and take me who really wants to kill me.  If anything happens to me, that’s on Philippines Airlines and the Saudi Arabia government.

Her call for help mobilised activists, journalists, and human rights organisations. In a piece published by sister-hood magazine last week, Moudi Al-Johani painted a palpable picture of Dina’s desperation, fear, and in the face of all that, courage. A video surfaced just days after her story initially burst onto the Twittersphere that showed her being forced to board a plane back to Saudi Arabia. International attention to her story and the aid it might have manifested had arrived too late. As Al-Johani phrased it, ‘The tragic, horrific ending of this story was that we could not reach out to the right people at the right time.’

Dina has come to symbolise a movement: the online campaign to end male guardianship, which was born in July 2016 and has since exceeded 300 days of activism. The hashtag #SaveDinaAli now accompanies those typically associated with the campaign, including #TogetherToEndMaleGuardianship and the more rhetorically forceful #StopEnslavingSaudiWomen. She has come to represent the courage that underpins the campaign and every person, every voice, every action in the service of it.

And her situation has highlighted many of the problems with male guardianship, other than the most obviously problem of the existence of the system itself, whereby women, regardless of age, fall under the authority of a male guardian. Women are considered to be minors for the entirety of their lives and require consent from their guardian to make a range of life decisions. Human Rights Watch has condemned it as ‘the most significant impediment to women’s rights’ in Saudi Arabia.

By law, women need a guardian’s consent to marry, travel, rent a flat, renew a passport, and secure release from jail. In practice, however, male control over women has a far wider remit, and a high social and psychological cost. In practice, and in tandem with other policies that restrict women’s rights, male guardianship pervades far more aspects of a woman’s life than marriage, travel, and jail. The system infantalises women, and this can result in the requirement of guardian permission for activities not covered by the law, including access to healthcare and professional opportunities.

By requiring a man’s consent for a range of life decisions and activities, guardianship dehumanizes women and devalues their agency. The system creates an environment in which a woman’s thoughts, opinions, and aspirations can be dismissed by virtue of no reason other than her sex. It allows men to say to women, ‘You are unable to choose for yourself. We know what’s best for you.’ Male guardianship manipulates society into doubting a woman’s ability to make her own choices, and manipulates women into doubting themselves. In some ways, it can be compared to gaslighting on an institutional scale.

The system itself is not only abusive, but it also fails to protect women from domestic abuse. A woman who resides with and relies on a violent guardian faces, to quote a Human Rights Watch report, ‘tremendous obstacles when trying to seek help or flee abuse’. As a result of this system, women have little to no recourse to protection from abuse.

A Bloomberg article on Dina’s case reported that she had been placed in a detention centre for young women. In order to secure release from detention, she will need her male guardian’s consent and, unless special dispensation is made, she can only be released back to that guardian. Dina’s case demonstrates the ways in which male guardianship prioritises male control of women over women’s protection from abuse, their safety, and their humanity.

While Dina’s situation typifies the many rights violations that result from male guardianship, it has also come to symbolise solidarity among strangers so crucial to the success of a human rights movement. Meagan Khan, the Canadian woman who had encountered Dina in the airport in Manila, shared the story over Facebook. She described and humanised Dina. She reached out to social media for help, ending one post with ‘Dina wanted her story to be known.’ Her words stressed what she shared with Dina, as a human being, and the love and empathy that had bonded them through the intensity of shared trauma. ‘We had spent eight hours together,” Meagan wrote, ‘Eight hours that has changed my life forever.’

Protests sprang up in front of Saudi embassies in New York, London, Stockholm, and other cities protesting the illegal detainment of Dina and her forced return to the country she fled. These protests showed that the world was watching, and that its people would hold Saudi Arabia morally accountable for its treatment of women, even if governments and international organisations might not.

Dina’s thwarted attempt to seek asylum was not in vain. Every time a woman tries to flee Saudi Arabia, more people become aware of male guardianship, its extent and its consequences. And every voice added to the campaign to end male guardianship brings the movement closer to its goal. And I, for one, will always remember Dina’s voice and her actions in the pursuit to seek safety and freedom.

She is a stranger to me, but I feel the solidarity that her story has helped to create. Her story is symbolic of resistance. She is symbolic of resistance. But beyond that symbol, Dina Ali Lasloom is a human being who fought for the chance at a free life – at a life free from fear and free from the shackles of dependence on a man, and on a system that could only fail to protect her when she needed it most.