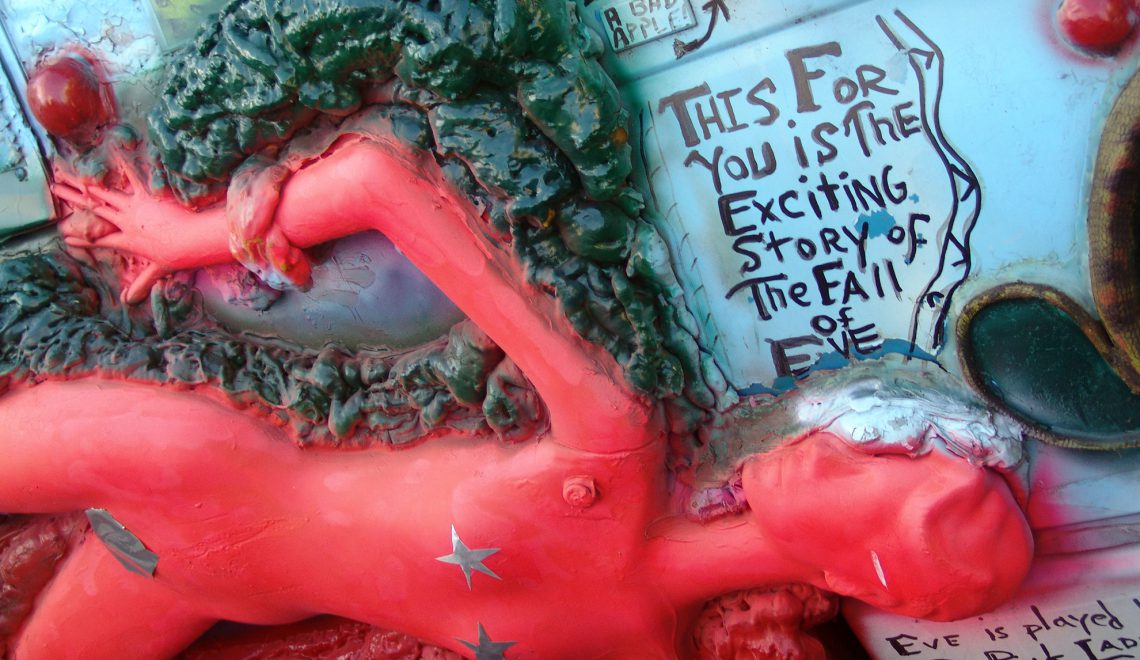 Photo by chelle at Morguefile.com
Opinions

The aftermath of Eve

I come from a family of very traditional, strict Muslims. Females have always been regarded as the ‘second’ sex within my lineage. It is not something that is announced publicly. It’s more of a mentality that is gradually taught to girls from birth. Females are seen as weak, delicate flowers that must be protected from men – by men. A girl is her family’s lasting honour. She is merely a creature who must carry the weight of her parent’s name. God forbid she brings them into shame or disrepute. She is to be sheltered at home to learn domestic skills. She may succeed at school but should not labour under the illusion that her education matters, because her whole existence amounts to her future desirability as some man’s wife.

Girls, and the women they will become, are not to make any decisions concerning something as trivial as their own lives. No; they must seek the advice and permission of their elders, or any male relative, regardless of their level of intelligence, or even age. A boy is worth more than a grown woman. When that woman ‘comes of age’, usually after her sixteenth birthday, she is quickly married off to the first suitor that comes along, in case she is left ‘on the shelf’ to become a burden upon her family. This is a reality for many women, even for women living in the West.

A few women of Muslim/Arab heritages that I have met are pushed to the brink of depression and madness by their families. The option of a quick marriage is the only perceivable way of escaping the oppression and control of one’s family. After the elation of escaping the snake pit, a woman may find that she has not escaped but merely fallen victim to another trap: her husband, and her in-laws.

It is a sad existence, and something that isn’t talked about enough. Most liberal Muslim women enjoy the freedoms granted to them in the West, and like to downplay or even deny the oppression experienced by Muslim women within their communities. Surely it couldn’t happen in a place like the UK, not with the state being behind the woman! And why would you want to give Muslims a bad name by playing on these ‘stereotypes?’ Isn’t the media doing enough to paint us as medieval monsters?

A man is granted freedom to express himself in any way he wishes; to drink, party, travel the world and enjoy as many women as he desires, but the same cannot be said for Muslim women. In some communities, females are housebound to the point where their every move and action is watched and analysed.

When will this hypocrisy end? When will this cycle of misogyny end? Will there ever be a time where women won’t be held hostages to a society that punishes them because of something as incidental as their anatomy? Are we to be sentenced to oppression and disapproval for several more lifetimes? How can we change the future?

I am a firm believer that misogyny starts at home. A boy watching his father oppress his mother learns from very early on that he has an advantage over women, and that a woman is not equal to a man. This then turns into a cycle, planting seeds into the mind that will rarely be challenged or changed.What’s deeply troubling is when one encounters women who are brainwashed into misogynistic behaviour, who have been conditioned to live out certain roles, and who have never questioned the dynamics of their lives, or their status in society, to the point where they will attack other women who dare to seek change or equality. This is saddening to watch. These women do not really see themselves as victims to sexism. They hide behind a veil of so-called protected chastity. These are the women who are bringing up the next generation of men. That’s a dangerous situation; they have the power to break the cycle, but how can they do that when they are not aware of the nature of misogyny, when they genuinely believe at the bottom of their being that this is the way things should be?

So how can we begin to break the cycle of misogyny within our communities?  First of all we must accept and recognise our own misogyny – whether it’s deep hatred or dislike of other women, unfair judgements or holding women to an unrealistic standards. It is important to question standards set by society, and most importantly, to teach any men in our lives to see women as full human beings. Stop dismissing other women’s stories, feelings and desires in the name of ‘respect’. Please do not use Islam to justify misogynistic behaviour, but instead give women the status and respect that they deserve. Let girls hold their own and support themselves. We can only prosper as a society and achieve tolerance within our communities, and be optimistic for our futures, and our children’s, when the cycle of deep-rooted contempt for women ceases to exist.

Hadeel Alshamari is an Arab-British family worker based in London, England. She is passionate about women’s rights, and is currently studying Social Sciences at Birkbeck, University of London. She is an avid reader and lives for literature and films.