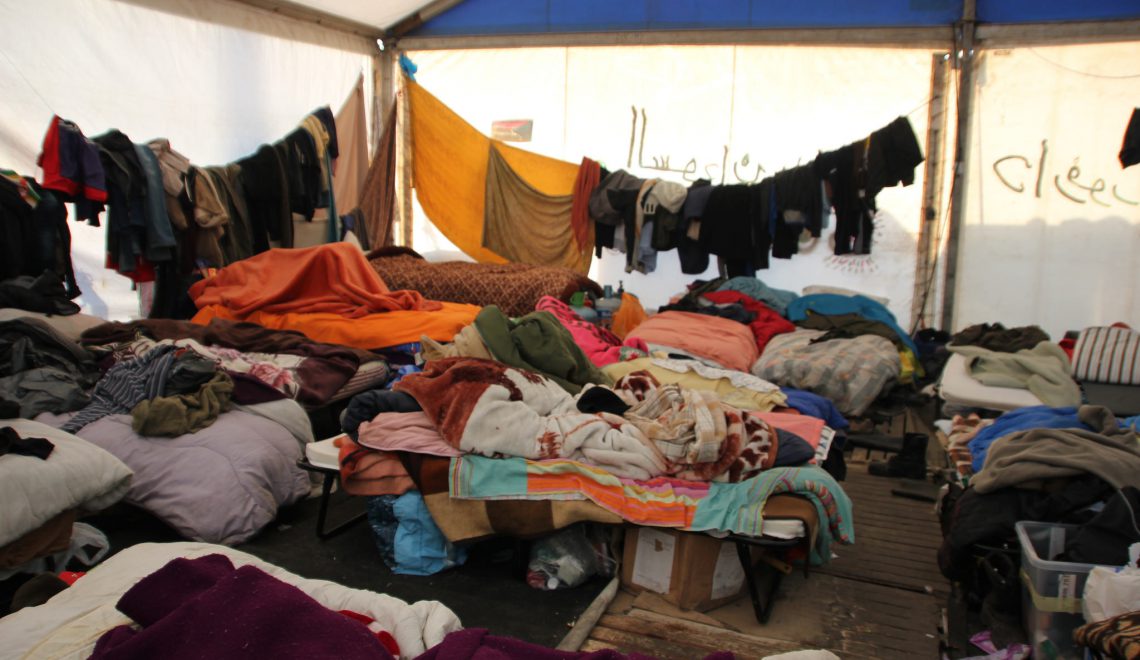 It’s a jungle out there

I am going to play a little game with you.

I’m assuming you’re sitting in some sort of comfy chair.

Let’s start with removing this comfort.

Next, eliminate your family.

Remove your freedom of speech and respect.

In fact, let’s just take away all of your basic human rights.

Add a shower of violence to this combination.

Are you uncomfortable yet?

I’ll get to the point now.

There are vast refugee camps in Calais, contemptuously named the “Jungle” by its occupants and now by the wider media. This is an apt designation for this area. The circumstances endured by its residences are not dissimilar to a jungle. ‘Victims’ feels like a better description of these people, but they are in fact refugees. I guess the use and acceptance of this epithet (Jungle) bothers me, not least because of its mocking undertones; but, more importantly, because of the wide acceptance of the violations it depicts.

So, why are the refugees there?

This rather thoughtless question is customarily asked, not only by the ignorant, but often by the supposedly well-informed British media. The reality is that this is the result of a large-scale displacement of thousands of vulnerable and damaged people. It does not require divine inspiration to figure out why these refugees are abandoning their countries, risking their lives, and then living in squalor for indefinite periods of time. What they are experiencing in their countries of origin is often a direct or indirect result of actions of the West. The West’s involvement in conflict around the world is common knowledge, so I won’t bore you with the details. You can Google them later.

These displaced people are the victims of created conflicts. They are fleeing violence in countries such as Syria, Eritrea, Somalia, and Afghanistan. They land on French soil having risked their lives. They give up their life savings to pay smugglers to get them to Calais. They cross deserts, oceans, countries, and cities. They climb aboard moving lorries, with the risk of falling off and becoming severely injured. They travel in precarious boats, which often capsize. The Euro tunnel has become a common place for fatalities. All this in a pursuit of a fantasized, idealized Britain.

The Jungle in Calais is an illness-infested, dangerous place – particularly for women and children. It is a volatile mix of desperate young men of various different nationalities. There is some access to water including some showers, if a six-hour wait is endured. The quality of drinking water provided is sub-par. Food is distributed by various charities and the UK and French governments alike. There’s even heat available during cold weather. The Jungle is not a happy place. The rape of women and children is not uncommon. Substance abuse, drinking, petty crime, and violence are widespread. Ironically, not too far from this Jungle lies the developed world. The contrast is stark.

The media would have us believe the British labour market is the ultimate aim of the refugees. The first ever quantitative survey at a refugee camp in Europe, conducted by Médecins Sans Frontières (MSF), found that 82% of Calais’ 6,000 refugees were aiming to reach Britain, primarily because they claim to have family residing there, rather than seeking work. The ruthless treatment by French police is one of the main reasons the refugees refuse to apply for asylum in France.

The Jungle has been a focal point and hit by protests from both locals and truck operators for many years now. Given the dissipation described earlier, you may be pleased to know the Jungle has now been ‘cleared,’ or deconstructed on 26 October 2016. This is not a recent ‘crisis’. The southern section of the Jungle was disassembled in the beginning of 2016. Despite these efforts, the Jungle grew. At one point, humanitarian groups believed the full population was close to 10,000. A larger police force has now been deployed in this region to prevent squatters from returning. Work is also continuing on a UK-funded £1.9 million wall in Calais to prevent refugees from boarding UK-bound lorries heading to the ports.

When will we learn the lessons history has taught us about walls? Some reports suggested 6,000 people were evacuated on the day of clearance, with more than 1,200 police officers deployed for the operation. Refugees were recorded and transported to reception centres across France to apply for asylum and now face bleak and uncertain futures. The clearance of the Jungle leaves around 1,000 unaccompanied minors in its wake, still surviving in Calais, amid fears of falling into the hands of people traffickers.

What do refugees want?

The audacity of this questions baffles me. Without sounding presumptuous, I’m going to take a guess at answering this question. What they want is what we all want and deserve, freedom, humanity, respect, and a chance at a better life. What these people want is what we all seek. Each one of us, when faced with fight or flight situations, will do one or both to survive. We may climb onto moving trucks and risk drowning in boats, and even accept the prospect of death by crossing a desert, if it promises us freedom or the potential of a better life. It’s hard for us to imagine a life removed from our liberties and yet, these people are forced to live it. What makes you or I different to them? Is their blood a different colour? Or do they feel pain differently than you and I? These rhetorical questions don’t need any answers. Sentiments like this don’t hold any water in asylum applications.

I don’t have rose-tinted glasses on when it comes to the issue of asylum for refugees on British soil. I am British and I want my country to be safe, economically functional, and not overpopulated. However, I refuse to believe that any of the aforementioned would truly be consequences of accepting displaced refugees into Britain. We are programmed to believe that our resources are only just enough for us. The fact is, there are enough resources in this world to feed, house, and clothe every single human many times over.

‘No, I don’t care. Show me pictures of coffins, show me bodies floating in the water, play violins and show me skinny people looking sad. I still don’t care.’ wrote columnist Katie Hopkins. I guess what scares me more than the vileness of her words is the lack of humanity in them.

I also struggle with it on a personal level. I ask myself…

Do I really care?

How much do I really care?

What am I willing to do about it?

Public health researcher by trade, writer, activist for common sense and a lover of everything stylish.