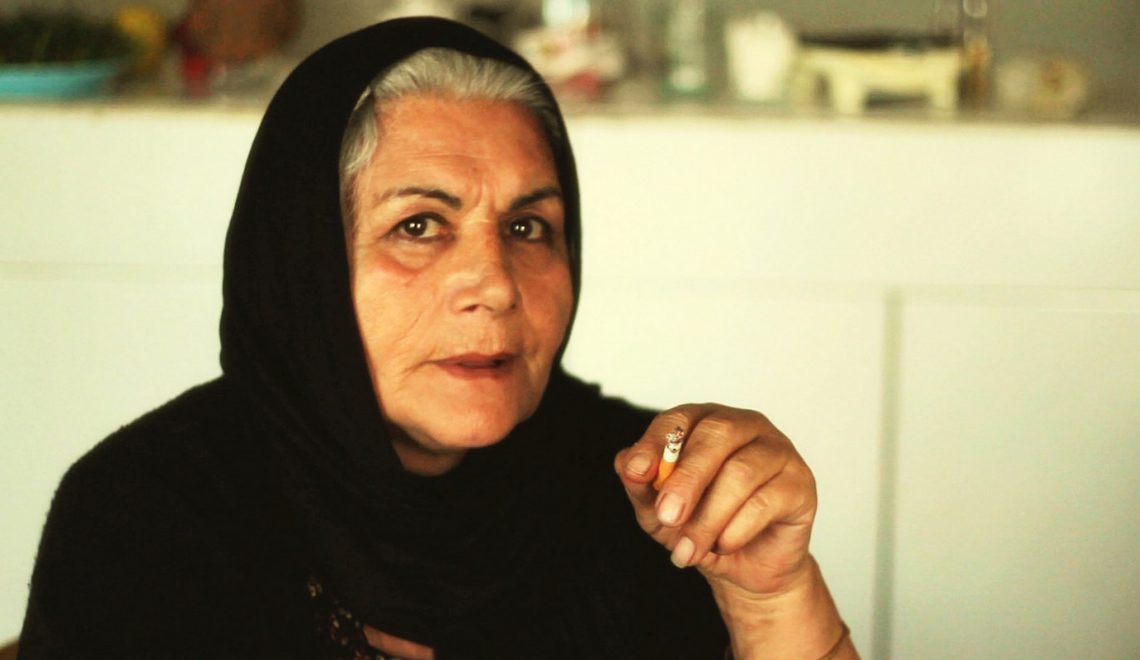 Image used with the permission of Shahin Parhami
Inspirations

After all these years / Awakening is my right / In Awakening, I am tired

Poem by Shahrzaad, from Thirsty we age

Fittingly for a woman who would, in her life, play many roles, Shahrzaad has many names. Her official name was Kobra Saidi, in fact the name of a sister who had died before she had born, which appeared on the repurposed birth certificate. Her mother called her Maryam; her father called her Zahra, and as a dancer she appeared under the name Shahla. The name Shahrzaad was her own choice, under which she published the poetry and creative writing which she regards as her main accomplishment.

Shahrzaad grew up in Tehran, the child of an unhappy marriage within a working class area. Her family were not wealthy. She described her childhood as being spent on the streets: ‘We did not have these new toys, parks and games…I used to grab the bar behind the horse carriages to get a free but dangerous ride, and I used to run around in circles in the streets,’ she recalled. Her father was abusive and violent. Due to a head injury which she experienced at ten years old, Shahrzaad occasionally experienced states of fugue. Her father arranged her first marriage at the age of 17. This was a failure: Shahrzaad ran away within a week. This early experience set the tone for Shahrzaad’s many future relationships, all of which were unhappy.

Around the age of 14, due to the extreme poverty of her family, Shahrzaad began to dance in night-clubs after school. In the early 1960s, there were many disreputable areas in Tehran known for prostitution and the availability of illegal drugs. Shahrzaad moved from dance to appearances to the theatre, from where she progressed to the movies. She appeared in more than 16 movies of the FilmFarsi genre during the late 1960s. FilmFarsi describes a popular genre of cinema, featuring heavy melodrama and titillating sex scenes. Often the roles for women were exploitative: despite frequent scenes of dancing and nudity, these roles were framed as ‘bad girls’, deserving of little respect from other characters in the film, and doomed for an unhappy end. Shahrzaad became Iran’s first female director of the short film Maryam’s Big Wish and the longer Maryam and Mani. She also wrote the screenplays, which reflect her own background as a woman responsible for a large and impecunious family.

During the 1970s Shahrzaad became primarily known as a writer and poet, which she identified as her true metier. She wrote for cinema magazines and produced three books. Two of these were poetry: Hello Sir (1972), and Thirsty we age (1978) as well as the semi-autobiographical Tuba, (named for its protagonist), which combined prose and poetry. In 1991, one of her short stories was published in English, within an anthology of Iranian writing. Her tastes reflect an eclectic and sophisticated variety of cultural influences, from Pink Floyd to Carl Orff, from Marlon Brando to Vivian Leigh, from Ferdowsi to Homer.

In the aftermath of the Islamic Revolution, female creative artists like Shahrzaad found themselves unemployable due to their reputations as ‘loose women’, but for Shahrzaad, there was worse to come. During a demonstration, Shahrzaad was arrested and sent to the notorious Evin prison. What may have happened to her in prison is unknown, but other inmates at the time have testified to the brutality of conditions, including the widespread use of torture. Six years of confinement in Evin and subsequently in psychiatric hospitals took its toll – leaving her homeless and traumatised, and poignantly, losing the library she had gathered over a lifetime.

Although she once become a refugee in Germany carrying little more than a blanket and a volume of Hafez’s poetry, she largely returned to Tehran, for a while living on the streets or in ramshackle temporary accommodations. She later moved to Kerman where she currently resides.