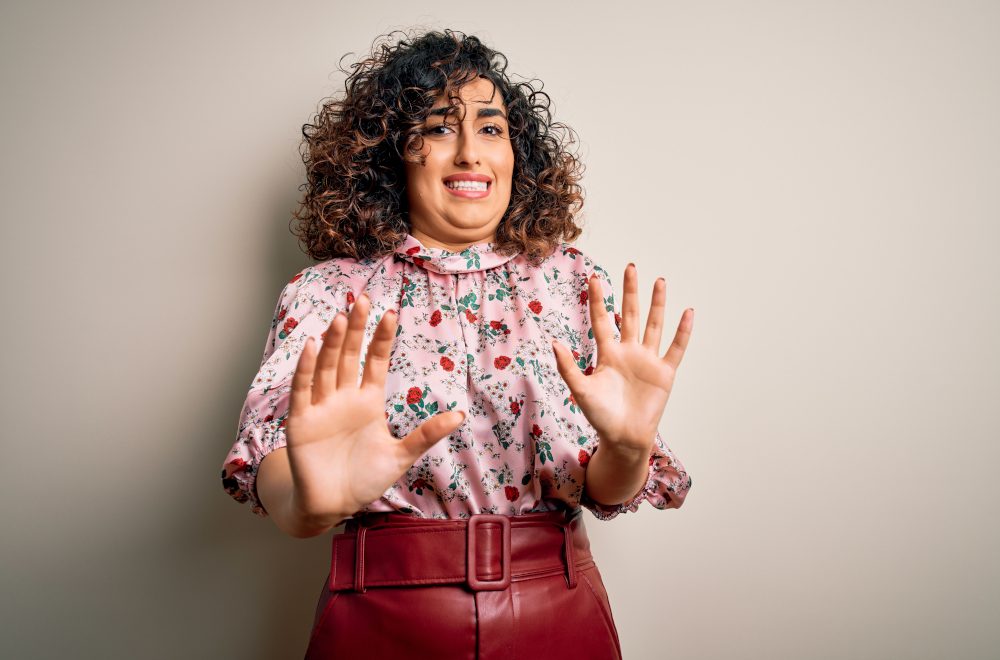 Fetish Joe is no ally

People who fetishize ex-Muslims are not our allies. You may be wondering what I mean by ‘fetishize ex-Muslims’. I am drawing on some observations coming from a few ex-Muslims who are either vocal or involved in activism. Ex-Muslims – and we are as diverse as it gets – make up the growing movement of people who have simply left their birth faith – Islam, whether publicly or privately. Our lives are constantly threatened for this decision, so we may seem to be ‘quite an interesting bunch’ from the outside.

There is a growing concern in our community that we seem to attract a new, but small, breed of predatory people who think political activism is a short-cut to bringing them closer to slightly vulnerable people. It is very hard to tell genuine support for a growing and vulnerable movement from opportunism.

Fetishising ex-Muslims is no different from any other fetishisation of people of a different ethnicity and culture – by culturally appropriating our gear, looks, speech and mannerisms. We can see this when a primarily white person/western native obsessively wants to be at the forefront of ‘helping’ ex-Muslims. (Notice the quotation marks.) And it doesn’t stop at that; they insist they must be visible and heard in images/videos and acknowledged in all ex-Muslim affairs. This person – who probably has the privilege of never having experienced how complex ex-Muslim lives are and who has not bothered to learn, tries to fit themselves into the role of ‘carrying the torch’ and ‘promoting the cause’, and even attempting to adopt an ex-Muslim.

Let’s call this person Fetish Joe. Picture this: Fetish Joe looks for relevance in our midst. He finds our narratives and stories exciting, cool, trendy, hip and happening. He is into sharing our online activity, and culturally appropriating us. He says stuff like ‘I have always wanted to date an ex-Muslim’ as pickup lines, or ‘you guys are so cool’ to get some bromance going, or ‘I wish I was an ex-Muslim’ to find something better to do than crawling the internet. No, Fetish Joe, you do not wish to be an ex-Muslim, you just find it thrilling. Which is pathetic, and makes our fight even harder.

I imagine that Fetish Joe might have his own issues, and he may mean well. But people like him are becoming more visible in the movement. When you look underneath the support they offer, you start to see the patterns of yet another form of objectification. It is one thing to support us and help organize things – this is the good support, which is a noble thing to do. It is needed. We absolutely welcome it. But it is completely another thing to spend 24 hours of your day, ‘fronting’ the ex-Muslim ‘agenda’. News flash: there is no agenda to the ex-Muslim movement except staying alive! Fetishizing ex-Muslims is bad support.

To the likes of Fetish Joe: I hate to be the one to break it to you, pal, but there is no agenda in being an ex-Muslim. Well, apart from fighting for our basic human right to exist without being killed for the freedom to leave dogma andto freely criticize the ideas and scriptures we left behind. It really hurts our efforts to normalize our dissent when we have to fight on numerous fronts. The last thing we need is some weirdo who thinks it’s ‘exciting’ to pose for photos and show his friends: ‘look I was with ex-Muslims!’

Fetish Joes need to chill out. Their obsession is creepy. It doesn’t help us, to say the least. We live in a highly divisive environment framed by identity politics. In this context, an exaggerated clamour to be the ‘ally of ex-Muslims’ is not the way to help raise our voices. It makes me really disappointed in the type of ‘support’ we seem to keep attracting these days.

I cannot stress this enough, authentic support is important and very much needed. We have little support to begin with. But when this ‘support’ takes the form of total disregard for the autonomy of each ex-Muslim individual, then it needs to be called out for what it is. It reeks of arrogance and grandiosity. I am talking about people who have the audacity to call themselves ‘we’ and ‘us’ even though they are not themselves ex-Muslims and have never walked a day in our shoes. And yes, they also take over conversations about ex-Muslims by ‘representing’ us. They romanticize the very state of being an ex-Muslim.

Let us try understanding it from the side of the fetishist. He/she has not been a Muslim, so he/she may not understand fully what it is we are walking away from. But they want to speak for us. I think our fetishist may be suffering from some form of implicit bias that stems from homogenizing people based on their ethnicity. Because of this, an obsessive over-the-top ‘support’ is nothing but another attempt at grouping/herding/and identity-izing our struggle, positioning themselves as the hero of this ‘oppressed group’ or worse, boasting with such an identity as some form of badge of honour among peers.

This is the very thing that forces most ex-Muslims, especially in Western countries, to fight on multiple fronts. We are already facing hate and harassment from fundamentalists/Islamists who call for our violent deaths. We are constantly ignored/feared/demonized by liberals on the political left because we are a contradiction to their treasured victim’s category – Muslims. Additionally we are targeted by Alt–Right bigots who try to piggyback on our stories, posts, campaigns, and narratives. And now we have to deal with a fourth group of privileged-thrill-seeking-‘woke’-slumdogs looking for fame? Oh no, not again!

They can’t help themselves finding it ‘exciting’ that there is a group people who leave Islam loudly and proudly. But it is not ‘exciting’ to leave your entire life behind and even to lose family for your freedom of thought. It is not exciting to keep looking over your shoulder and keep having to vet people who want to be ‘friends’. There is nothing exciting about your words and actions being twisted by bigots on the one hand, and on the other, being called bigoted by Islamists who want you dead. And there is definitely nothing exciting about having a bunch of strangers keenly listen to your horror story and then look at you like you need some sort of saviour!

The Joes are becoming more visible. They are people who have their own agenda: to use those of us who have walked away from Islam as a form of neo-relevance in yet another ‘white saviour’ trend, while completely losing the nuances of our struggle. Each and every ex-Muslim out there comes into the pot with unique nuances. As an ex-Muslim from Africa, my experiences are completely different from those of an ex-Muslim from Saudi Arabia, or Iran, or Pakistan or Morocco for instance. We share one thing: people calling for our violent deaths using the same scriptures we ourselves once followed at some point in our lives. There are 13 countries in the world with laws to execute people like us.

By the time I got around to writing this piece, I was up to my neck with the whole fetishization of my identity. My identity is complex, and that is okay. It is complex to me and no, it is not one thing or the other. It is a myriad of things with nuances, and depending on how you look at it, very diverse! Do I oppose Islam vehemently? Yes, damn it, yes I do. Do I disagree with bigotry towards law-abiding Muslims? Damn right I do. But do I want to be a poster child for the so-called ‘woke’ hippidy Joe? Abso-fucking-lutely NOT.

There you have it. Fetish Joe is not an ally of ex-Muslims.