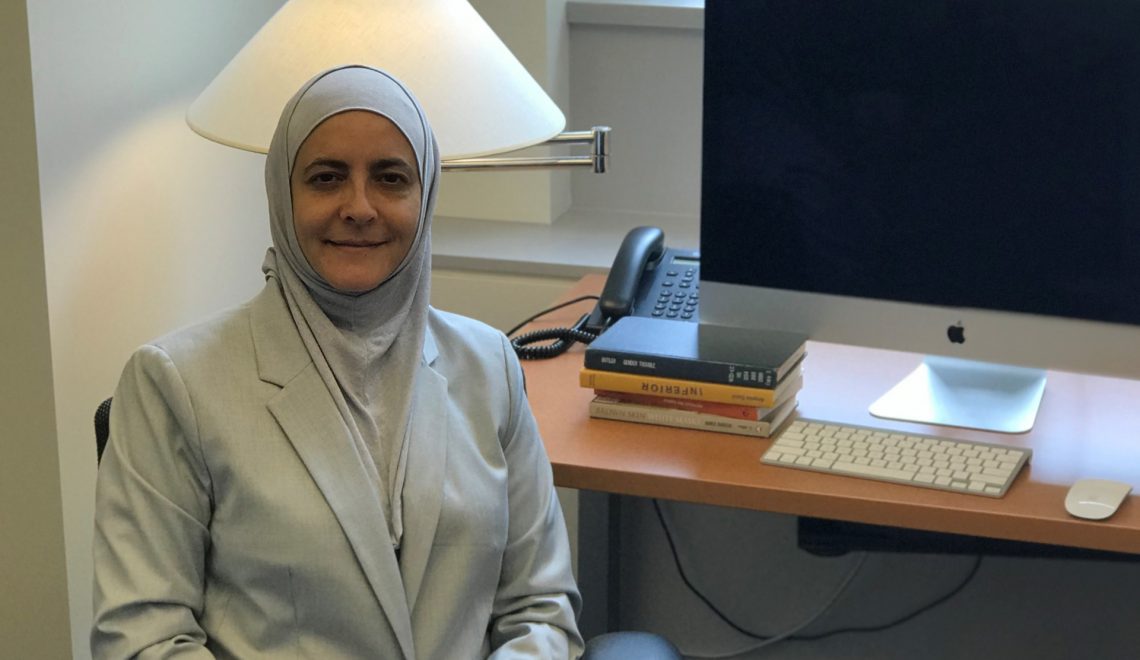 This is part two of our interview with Rana Dajani. Part one can be read here.

Rana Dajani is a professor of molecular biology at the Hashemite University of Jordan. She is the founder of the charity We Love Reading which promotes reading for pleasure and reading aloud. Her book Five Scarves is part-biography, and part-manifesto for social activism. She has won innumerable awards from UN agencies, governments and NGOs for her work in health, science and education. In the first part of the interview, we talked about We Love Reading, a project for children. In this second part of our interview with her we talked about women working in science in the Middle Eastern region.

Women in the Middle East and North African region have been comparatively successful in achieving representation in STEM subjects. Why do you think this is?

The culture of the MENA region respects women who are highly educated in STEM subjects, whereas in other western contexts women lack the societal culture that encourages them to enter STEM. I recently wrote an article on this topic which explains this in more depth.

Contemporary workplaces are often structured upon male experiences and lifestyles. How does this impact upon working and professional women, and mothers in particular? How can this be changed?

I was recently a panellist at the women in science session at the ISSCR2020. In the panel a recent study in Science was shared which showed that the problem for women in science is not at the level of education but at the level of mid career after the post-doctoral phase. I have already pointed that out earlier in my book Five Scarves: Doing the impossible and my recent publication ‘The Increasing Prevalence of Girls in STEM Education in the Arab World: What Can We Learn?’

The reason that there are fewer women in science at this stage is because when they enter the field, they see a framework that they have to fit into. In the past, when women wanted to enter science they were prevented from doing so by male scientists. The men put forward many rationales that ranged from ‘you are not good enough’ to ‘you have other things to do.’ The response from women was ‘Please let us in. We will not do the things you have identified that you believe will prevent us from being part of science.’

This was a mistake. Why should the male model be the one we aspire to? We have the right to do science – or anything we want – and do it the way we want, not the way that men want. So yes, I want to do science, and yes, I want to have children – and doing one does not deny or belittle the other. And I want to do them in the order I see fitting for me, and the decisions I take should be respected, by men and in the wider society. Women did not do that. We complied with male rules; we hid our biological needs and emotions. Sangeeta, an MIT professor and engineer, used to take a day off to be with her children. She later made this information public, but not at first. The result was fewer women. We were losing women due to these conflicts.

Many women in the West in the previous generation were told ‘you can’t do it all.’ They were told you have to quit if you want to have a family, hence the low numbers of women in STEM. However the majority of women from the East can do both because they did not receive the message that you can’t do it all. They were able to do it on their terms, because society and their culture allowed them to. Their biological functions were not considered exceptional.

Today, there have been a number of accommodations for women. These are good, but are only band-aids, viewed and claimed as exceptions. They should be the norm. The way forward is coming out and demanding our rights to be at the table in everything and everywhere, not as an exception but as the norm. We should create regulations that respect our biology, setting new norms to change what career progression looks like. There should come a time when men feel embarrassed that they did not allocate periods of their life to care for their children and should be penalized for it.  From a purely evolutionary perspective, parenting and caring of the next generation is the most noble act any human can perform.

We need to do this actively. Just as Nancy Hopkins actively measured her office to prove it was smaller than her male colleagues, we need to actively say I am taking time out to be pregnant. Or to breastfeed. I expect that to be normal and appreciated. If every woman would do that men would start questioning their own assumptions. We all need to act collectively.

Many women will say we cannot do it all. That is not the right attitude. We may not be able to do it all on men’s terms but we can do it all on our own terms. That is the difference. And this holds for all minority groups.

You’ve developed Three Circles of Alemat, a platform to provide mentoring to support female scientists in the MENA. What have been the impacts of this programme?

These are the developmental and scientific impact of the mentoring network on local, regional, and global communities:

How important has your family’s support been to you, over your career and your activism?

Very important. I involve them in everything I do. I am a role model to my children so that they learn and grow with me. Also, they are with me all the time, so they understand and appreciate what I am doing rather than feeling left out.

You’ve been described as an Islamic feminist. What do you understand by that term?

To me that term means that I am a human being who respects all human beings and sees everyone as equal, amazing, and unique. This is how I understand the values of my religion.