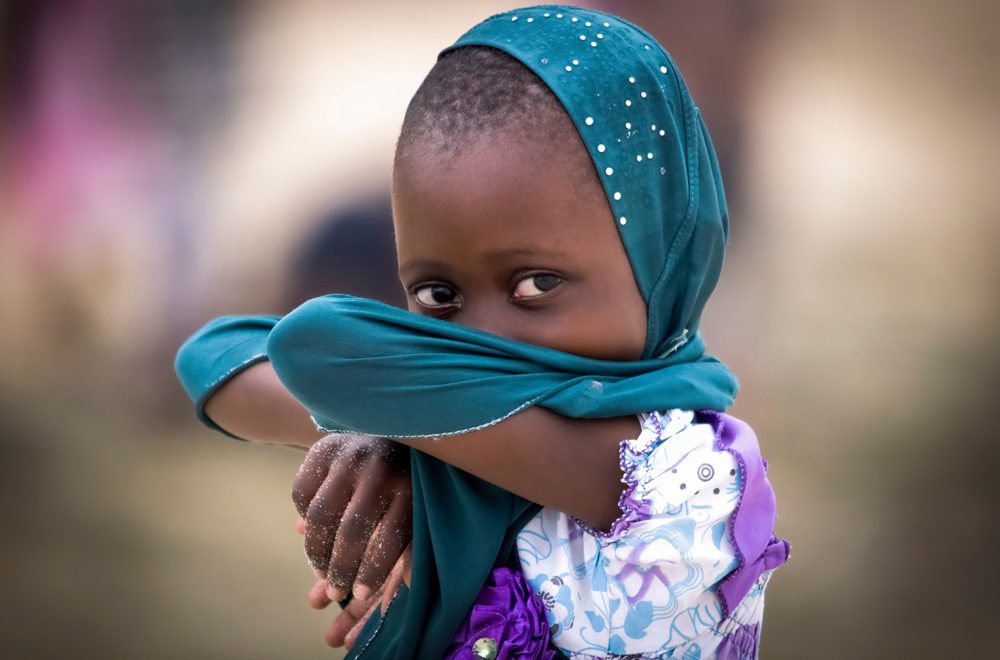 I am 38 years old and a proud Ex-Muslim. It has been over 15 years since I unapologetically stopped wearing the hijab. Before that, I had fought battles with it, and against it. This story is about the enforcement of the hijab and how I fought tooth and nail to remove it from my head. This is a story I have wanted to tell for over ten years.

Here is my hijab story. Finally.

Starting from the age seven

I do not remember if there was any time ever in my early childhood that I liked the hijab.  When I was seven years old, the hijab was introduced to my half-shaggy-half-silky hair. I was told that, as a young Somali girl, I needed to start ‘learning’ how to wear the hijab. The challenge was that I was an innately active child who liked climbing trees. Suddenly I had to take care of some loose piece of cloth that kept flying off my head. I lived in an arid, windy region of North Eastern Kenya. In addition to the harsh climate, there was now an annoying piece of clothing which I was meant to keep stuck on my head somehow. So, I think it is safe to say that I developed an early dislike for hijab. When no one was looking, I would ‘forget’ it at the top of the tree. And sometimes when it got tangled in thorny bushes, I would pull on it violently to tear the fabric – only for my mother to sew it up again, or hand me a new one.

The hijab – as uncomfortable as it was – was now part and parcel of my everyday regalia. When my parents bought new clothes for me they always included a brand new hijab.

I was in primary school. I liked jumping and skipping rope. I liked chasing birds, I liked digging holes on the ground – and the hijab was always in the way, always making me stumble. It would get tangled up in bushes. It was such a nuisance! I was a curious child, and  when no one was looking, I held the hijab really close to the open fire in the compound of my Qu’an school (dugsi in Somali). I burned my first hijab at nine years of age. Not for the same reasons you might be thinking now – but because I was a curious kid and I wanted to see what burning cloth looked like.

I hated the hijab by now. I knew I hated it. I was hot in it. I hated how I had to wrap it under my chin. I felt like I could not breathe when I was wearing it. I felt suffocated. I was a child living in a dry, arid land with temperatures rising to the 40s. But by now my parents had moved from ‘encouraging’ me to wear hijab to strictly enforcing it. I felt suffocated both on the physical level and the emotional level.

Fortunately, there was a tiny little breather in this regime when I went to school. My school uniform was way better than my clothes at home. At school, we had to wear a knee-length skirt and a short sleeve blouse. No hijab. This was in 1993, in Garissa North Eastern, Kenya.

Strict hijab was introduced to my school. Now it hijab was not just enforced at home, but also at school. At first it just a small triangular piece of scarf in the same colour as the skirt. It would become shoulder-length within a span of the next two years.

Something was changing in my hometown. Suddenly we heard that it had been decided by the district education board that hijab was now part of our school uniform. Kenyan schools had not done this before. Muslim girls in North Eastern Kenya were forced to wear long pants under their school skirts and a hijab over their shoulders.

The five hours of school I spent without hijab each day just disappeared. It was hijab from morning till night.

I had just finished my eighth year of school. I performed really well and got into a national school. It was a boarding school far away from my home town. It was one of the best schools in Kenya, and it only picked the top performers from each district. It was run in collaboration with the Catholic Church, which was heavily involved in educational charities in Kenya. My new school was run by nuns who lived in the nearby convent. I was not expected to wear hijab, but I was allowed to if I chose to do so, and my family so wished. There were about four Muslim kids in total in a high school of 1,600 high school girls. The rest of the students were Christians. My mother did not like the idea of me attending boarding school so far from home and among the non-believers.

But because I had performed so well in my end-of-primary exams, I begged my family to allow me, and off I went to boarding school.

Boarding school was a huge turning point in my life. I consciously removed my hijab for the first time. It felt so good! Even though I was awkward at first, and it felt weird having the wind run through my hair it felt liberating. I remember the moment in slow motion. Before this I had only removed the hijab inside the house, and never outdoors – if you don’t count those times when I was younger, back at school. The strands of curly hair that the wind blew in my face felt amazing. I continued removing my hijab during school term and putting it back on during holidays. This went on until I finished high school.

After high school, I felt even more suffocated because my newly discovered period of freedom was over. So, I used to sneak out of my home and go to distant parks so that I could remove the hijab again, if only for a few minutes. It was my secret ritual.

One day I felt a little more confident, and tried to test my mother’s reaction. I walked out of the house into the compound with no hijab. There was a mosque right next to our fence. The test did not go well. She yelled at me, and chased me into the house, telling to cover my awra (shame).

I hated the hijab so much I barely came out of the house. I used to read novels in our compound. I was always a teenager who kept to herself. Yeah, of course, my mother would always wonder what exactly I was reading. Two years passed like this.

By 1999 we had moved to Nairobi, the capital of Kenya. I submitted my application to Kenya’s most popular media training college. I remember camping out at the director’s office until he gave me an admission letter. I finally enrolled in journalism college! I applied for a government bursary and moved into college accommodation. I lived for school, and hated breaks in the semester because that would mean I had to wear the hijab again. It was during college that I really truly freed myself of the hijab. I even started forgetting how to wear it.

I finished college. What next? I started to feel suffocated again. I tried to save my niece from being genitally mutilated. I failed. I grew sad and depressed. I started doing odd jobs, door-to-door sales. I moved out of home with barely anything to sustain myself. I dropped the hijab unapologetically. And I lived a life of rebellion for the next two years.

I felt intense guilt for my self-imposed exile. I missed home. I missed the noise of being in a big family. I coiled my tail between my legs and begged my mother to forgive me for my rebellion. I started wearing the hijab, reading the Quran, becoming ‘religious’. This phase lasted a whopping six months. And off went the hijab again and off I went to chase my freedom once again. Sometimes at a high cost. My brother and gang of men from my immediate family traced me and were physically, verbally, and emotionally aggressive to me. I had to change addresses a few times. I never went back to the hijab. Ever.

It has been 15 years since that day. I now live in Western Europe. Now I am able to share this story, I would like to send an important message to anyone who thinks that hijab is a choice. It never was and it never will be. It is a symbol of control. It took me all these years to finally understand that.